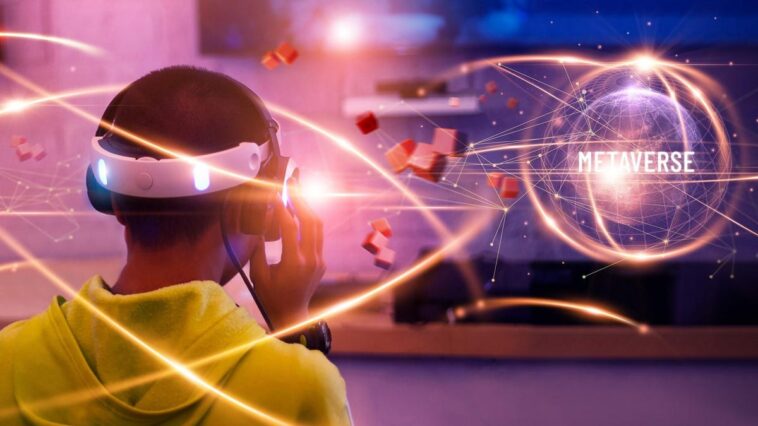 Video game gadgets have come a long way since their inception in the 20th century. In the 21st century, these devices have become even more advanced, offering an immersive and interactive gaming experience to players worldwide. From console systems like the Playstation 5 and Xbox Series X|S to virtual reality headsets like the Oculus Quest 2, there is a wide range of video game gadgets available to suit the needs of every type of gamer.

These devices offer not only enhanced graphics and gameplay but also new ways to play and interact with games, such as motion control and voice recognition. The 21st century has also seen the rise of mobile gaming, with smartphones and tablets offering a convenient way to play games on the go. Overall, the video game gadgets of the 21st century have continued to push the boundaries of what is possible in gaming.

Here are our top 10 gaming gadgets of the past ten years every video game enthusiast needs to try:

The Playstation 4 (PS4) is a popular console that was released in 2013 and has since become a mainstay in living rooms around the world. It is known for its powerful hardware and extensive game library, making it a popular choice for casual and hardcore gamers.

One of the main pros of the PS4 is its robust selection of exclusive games, such as God of War, Spider-Man, and The Last of Us Part II, which are highly praised for their excellent gameplay, graphics, and storytelling. The console also has a large library of non-exclusive games available, making it a versatile platform for all types of games. The PS4 also has a user-friendly interface and good online features, including online multiplayer and access to streaming services like Netflix and Hulu.

One of the main cons of the PS4 is that its hardware is not quite as powerful as the Xbox One, which means that some multi-platform games may run better on the Xbox One. In addition, the PS4 does not have backward compatibility, meaning it cannot play games from previous Playstation consoles.

Overall, the Playstation 4 is a great console that offers a substantial selection of exclusive games and good online features.

Released in 2013, the Xbox One has quickly become a staple in households worldwide. Because of its robust hardware and a large selection of games, it is a favorite among casual and serious players.

The Xbox One’s powerful technology is one of its primary advantages since it allows games to be played at high resolutions and frame rates. Because of this, it’s an excellent option for gamers that prioritize visual quality above all else. The console also has an intuitive user interface and helpful internet functions, such as support for online multiplayer and access to content from streaming services like Netflix and Hulu.

The Xbox One’s lackluster library of exclusive titles, especially compared to the PlayStation 4, is a significant drawback of the console. While the Xbox One does feature several well-known exclusives like Gears of War and Forza, it lags behind the PlayStation 4 in terms of critically acclaimed first-party titles. Furthermore, the Xbox One cannot run games designed for older Xbox systems due to the lack of backward compatibility.

The Xbox One has top-notch hardware and useful internet functions. The best games of this generation are Red Dead Redemption 2, The Witcher 3: Wild Hunt, and Forza Horizon 4. The Xbox One is an excellent option if you enjoy these games and seek a system to play them on.

In 2017, Nintendo unveiled the Switch, a hybrid gaming platform that has since become a runaway hit. It’s an excellent option for gamers who are always on the go because of its portability and versatility since it can function as both a home console and a portable device.

The Switch’s original design is a big part of why it has been so successful. Players have the option of playing the Switch either in its docked, TV-based console mode or in its portable, handheld “handheld” mode. The fact that it may be used in a wide variety of ways has made it a favorite among both casual and serious gamers.

The wealth of excellent games available on the Switch is another reason for its popularity. The Legend of Zelda: Breath of the Wild, Super Mario Odyssey, and Animal Crossing: New Horizons are just a few of the unique titles that are included, and they have all received great praise for their gameplay and visuals. The Switch is a flexible gaming platform due to its enormous library of titles that are not specific to the system.

The Nintendo Switch, with its cutting-edge interface and robust game selection, has been an enormous hit with consumers since it was released. It has boosted Nintendo’s popularity among gamers of all stripes.

The Oculus Rift, a VR headgear first introduced in 2016, has quickly gained popularity among gamers and other consumers interested in the technology. It provides a realistic simulation that makes gamers feel like they’re in the game.

The Razer Blade is a high-end gaming laptop with a reputation for its powerful hardware and sleek design. It has been a popular choice for gamers who want a portable device that can handle demanding games.

The SteelSeries Arctis 7 wireless headset is well regarded for its superior comfort, crystal-clear audio, and lengthy playtime between charges. In online multiplayer gaming, it is the preferred headset of many players.

The NVIDIA GeForce GTX 1080 is a popular choice among gamers looking to play the latest and greatest games on their PCs. Its high economy and high performance have won widespread acclaim.

If you’re looking for a high-quality wired gaming mouse, go no further than the Logitech G502 Proteus Spectrum. You may configure all the buttons to your liking, the click latency is minimal, and the design is optimized for the right hand, complete with a thumb rest. However, it is bulky, so only those with extensive hands will find it comfortable to use.

As a gaming headset, the HyperX Cloud 2/Cloud II delivers. They have a high-quality mic with excellent noise cancellation, a low-latency USB connection, and accurate sound reproduction. Although these headphones are comfortable enough to be used for extended gaming periods, they lack the software support of competing models to allow for more personalization.

A virtual reality system like PlayStation VR may be had for a reasonable price. Even while many of the PSVR’s experiences lack the sharpness of those on the Oculus Rift and HTC Vive, we’re not moaning about the system’s usage of a PS4 in place of a pricey PC gaming setup. More so now that the price has been down as of late.

As technology advances, it is likely that the video game gadgets of the future will become even more advanced and immersive. Virtual reality technology will likely continue to improve, allowing players to feel even more connected to the game world.

The future of video game gadgets is exciting, and it will be interesting to see how these devices continue to shape the gaming industry in the years ahead.