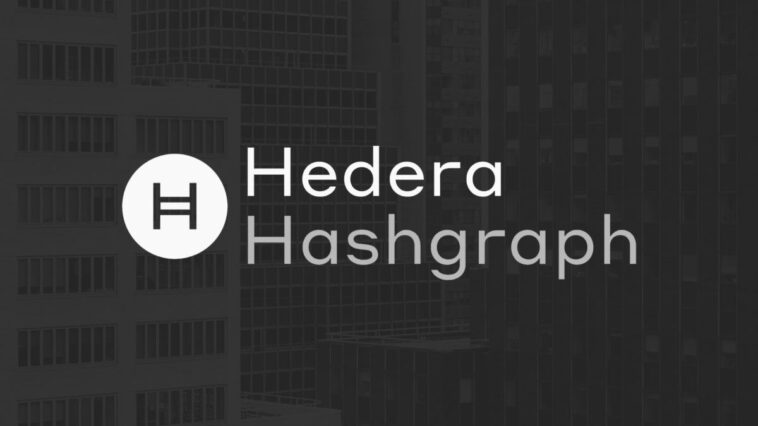 To anyone that is not already familiar Hedera Hashgraph is a somewhat different take on a typical crypto project. It is an open review consensus algorithm and it was developed in 2016 by Dr. Leemon Baird. Hedera is, in fact, a decentralized public network as well as governing council that is owned and governed by the global council including Dr. Baird’s company – Swirlds. To make things interesting Swirlds is not the only one governing this, there are also corporations that you might hear of like – Boeing, Google, Deutsch Telekom, IBM, and other big names.

All those names combined make Hedera Hashgraph which is the only public distributed ledger in the world that uses the most unique Hashgraph algorithm. It has its native token called HBAR which is used to power the decentralized applications, make payments, and secure Hedera’s proof-of-stake network. Whatever side you look at this is the most compelling alternative to blockchain technology and as of lately most are calling it the blockchain killer or the next-gen blockchain.

It is similar to a blockchain and that similarity is viewed in its decentralized and publicly distributed ledger, but the way it operates differs from blockchain in several ways and it also offers wast improvements over the “old” tech. But what does Hashgraph base itself on? Well, this was nothing else than Dr. Baird’s stroke of genius when he decided to look at one of the fastest ways to transmit communications. Yes, it’s primitive but it is darn fast and resilient. Guess what it is? Believe it or not, it’s gossip.

Nothing travels fast as spicy news. The thing spreads like wildfire in July and we all can often be shocked at speeds it can obtain. What happens is you let a word out and see it spread. There is no way that anyone can stop it! The primitive form of communication like gossip was used as a blueprint to create the Gossip-About-Gossip protocol that is behind the Hasgraph algorithm. As you probably know by now blockchain has minor sequencing data block-by-block, while Hashgraph uses different network architecture or data structure called DAG or Directed Acyclic Graph.

DAG is made up of these spherical containers that are called “events” and these events are “gossiped” across the network’s nodes similar to the notes along a musical scale. Each node you have on the network gossips out events to the rest of the nodes at random and each of those events is a sum of information of transaction data as well as a timestamp, a signature, and two cryptographic messages or hashes. These hashes are the only thing responsible for giving the ledger information about the entire historical graph of just how the information flowed through the network.

Hashgraph is also capable of solving all of the same information as the blockchain is but it does it a little bit differently. This fact raises many questions, and the most important one of them is – is it better than Bitcoin or Ethereum? Well, let’s throw in some facts and try to see what the differences are all about.

Bitcoin and Ethereum, on average, will cost you around $0.03 to $10.00 and it mostly depends on just how congested the network is. Hashgraph on the other side, because there are no miners to compensate for their work, manages to keep its transaction fees to minimal and it is $0.0001 that can be paid in HBARs. One more interesting thing is that this fee doesn’t change depending on the usage and demand of the network which makes it very stable and attractive for enterprise use.

As for security, both Bitcoin and Ethereum have proof-of-work security which is a form of cryptographic zero-knowledge proof where one person proves to others that he made a certain amount of computational effort for a certain purpose. Hashgraph on the other hand states that they have made the highest possible level of security for a consensus algorithm with aBFT or asynchronous Byzantine Fault Tolerance.

How Secure is HBAR?

Since on the topic of security, it is good to mention that thanks to aBFT HBAR can reach a consensus with 100% finality by assuming that messages that travel through honest nodes will be delayed or never reach their intended destination in a case of malicious attack. The aBFT eliminates the assumption of the maximum threshold of message latency when coming to a consensus and it allows some of the messages to be lost or even indefinitely delayed. This doesn’t mean that they are lost, it only means that at some point in time, the honest node’s message will eventually get through. This makes an honest node difficult to track whether another node is following rules, especially if that node’s message can be indefinitely delayed, but it also means that this network’s reliability in the real world is much greater.

If you want to inform a little bit more about this you should check out Fireblocks and see what they have to say about it.

While you do that we will also inform you that HBAR doesn’t ask for energy-demanding proof-of-work resources. To be diverse and stable it is governed by a global council of 39 term-limited organizations as well as blue-chip enterprises that represent 18 industries globally. It has infinite potential just as blockchain, and you can witness anything from micropayments for music and intellectual properties, to managing supply chains, decentralized advertising and finance. This is only scratching the surface of the possibilities especially when we know that currently around 300 applications are being based on the Hasgraphs platform and some of them include digital healthcare platforms like Safe Health Systems Inc. that now has more than 150.000 users that originate from Delta, Arizona State U. to The Coupon Bureau the industry managed platform with an advisory committee that includes the likes of Target, General Mills, GS1 and others.

Thanks to all you read today you will very likely make an educated decision on what to do in the future. Bitcoin and Ethereum have been here for longer but they are both in need of a revamp and the Hasgraph is probably the one that will be the next-gen blockchain that will raise the bar even more. New technologies, cheaper transactions, and more speed with less energy needed is surely the way to go.