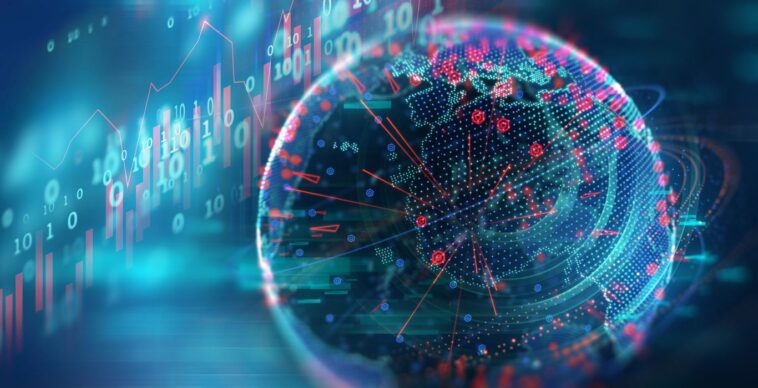 As long as there has been established trade, business owners have been exhibiting their products and services. In the days before digital, the only way to sell goods effectively was to position yourself in a public hotspot and draw the attention of passers-by. But the history of the exhibition as we know it today, an industry-wide trade show for competing businesses, begins in the medieval period when merchants started congregating in Northern France to exhibit agricultural and textile products, and to forge bonds with other suppliers. Since then, the story of the exhibition has become intertwined with the story of the European economy and the struggle to move past geographic disputes and establish an interconnected market.

Beginning in the 12th and 13th Centuries, the Champagne fairs were an annual cycle of 6 trade fairs held in various towns across the County of Champagne in northeastern France. Each fair lasted around 6 weeks, drawing visitors from Spain, Italy, North Africa, Germany, Belgium, the Netherlands and more. The network of Roman roads established in France many centuries prior allowed for a wide range of international travelers to arrive at the French towns. For some, the journey was perilous — having to cross the Alps atop mules and brave foul weather conditions. The continued appearance of merchants from the world over is a testament to the importance of these early trade fairs.

Part of the success of the fairs is attributed to their political management. Following a period of feudal violence, the Count of Champagne provided a police force explicitly for the fairs, known as the ‘Guards of the Fair’. These custodians were entrusted with hearing complaints, enforcing contracts, resolving disputes, and generally ensuring fair practice among merchants. Historian Jean Favier wrote that ‘The success of the Champagne fairs can be attributed solely to this intelligent policy of applying public order to business.’ Inspired by the Count’s action, the kings of France negotiated a treaty guaranteeing the royal protection of all merchants passing through royal territory on their way to and from the Champagne fairs, further increasing their international importance.

The result was that with the enforcement of public order, the fairs became a central locus not only for European commerce but also for cultural exchange. The first appearance of Gothic architecture in Italy was the result of merchants from Siena rebuilding their houses in the northern French style. A phrase emerged in France ‘ne pas savoir ses forces de Champagne’ (to not know your Champagne fairs), which meant to be generally out of touch with the rest of society. To be present and exhibit at the fair was essential at a time when the only way to learn of technological developments and expand cultural understanding was via witnessing firsthand or reading in letters.

Fast forward 700 years and we arrive at the world’s first recognized trade show, The Great Exhibition of the Works of Industry of All Nations in 1851, or the Great Exhibition if you’re in a rush. Hosted in London by Queen Victoria herself, the event was one of unprecedented magnitude. Encompassing over 100,000 exhibits and welcoming around 6 million visitors, the Great Exhibition showcased the world’s latest advancements, including moving machinery, scientific instruments, telegraphs, microscopes, and surgical equipment. Attendees included Charles Darwin, Karl Marx, Michael Faraday, Charles Dickens and members of the House of Orléans and the French Royal family.

Although seemingly an opportunity to display the achievements of ‘all nations’, the motivation behind the exhibition was perhaps not as harmonious as that behind the Champagne fairs. Britain was eager to establish itself as the world’s industrial leader, and the British exhibitors at the fair held the lead in almost every field, from iron and steel to machinery and textiles. At this moment in the mid-19th century, the British Empire was at the height of its power, with a network of colonies that spanned much of the inhabited world. British exhibitors boasted their colonial goods, including cotton and sugar, as an indicator of the extent of the empire’s reach.

However, while Britain intended to demonstrate its superiority, there were also some more selfless reasons behind the Great Exhibition. Europe was in a state of disarray at that time, with the Napoleonic Wars, the American Civil War (affecting Britain), numerous revolutions and failed states in France, and general social and political upheaval. Britain sought to show the rest of Europe that technological advancements bore the key to moving beyond conflict and establishing peace.

Exhibitions in the TikTok era

Exhibitions in the current age (also known as the TikTok era), like all aspects of modern life, look very different from that first Victorian event. From cloud computing and big data to fintech and AI, exhibitions now showcase the most advanced, complex technology humanity has ever developed. While the internet allows for news to travel across the world in the blink of an eye, the need for industry experts to congregate in one location and assess the state of the market remains paramount. According to Black Robin Exhibits ‘Years ago, when digital was starting to become the phenomenon, it is today, there were those that announced the death of the exhibition as a remnant of the old way of business. They have been proven sorely wrong, as even the most cutting-edge and complex areas of the market continue to hold exhibits as a means of gathering key voices and thinkers in one place.’

It is quite possible that the exhibition will change more over the next 30 years than it has in the last 500 years. Those businesses working in the exhibition industry must remain partly glued to their news feed just to keep up with the masses of new trends emerging at every moment. The current craze is the combination of virtual and live, largely due to the restrictions imposed following the pandemic. But where the exhibition will not change is in the way that it assembles a cohort of disparate individuals and businesses from all walks of life, gathered for the task of collectively pushing one another forward and creating a more exciting future.