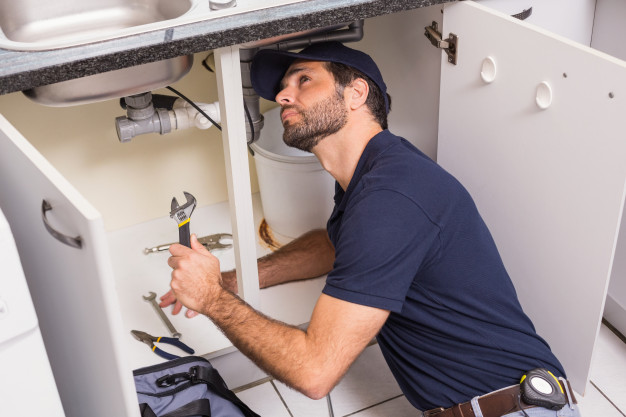 If modern humans, or just humans in general, are known for something it’s for their ability to look past or completely ignore their problems like that’s going to make them disappear. Naturally, those kinds of things happen around the household as well. If we don’t look at the floor – it doesn’t require vacuuming, those kinds of things. However, that extends to some more serious issues than a few popcorn kernels in the carpet.

Usually, we look past the small plumbing issues like clogged drain or the toilet because we can pretty much handle them at any time with a plunger and a pair of gloves. Those issues aren’t really that important, but if ignored for long, they could cause some unwanted trouble in our household.

But, why do we ignore those and other problems? Wouldn’t it be much easier just to call a plumbing service and get it over with? Of course, it would, but, when has that ever stopped us from being irresponsible? Let’s go over some of the reasons as to why we neglect plumbing repairs.

1. We Don’t Notice The Issue Until It’s Too Late

In our defence, sometimes we’re not irresponsible and we’re not intentionally neglecting necessary repairs – sometimes we just don’t notice them. With the fast-paced lifestyle we all live in, it’s quite easy to miss out on a lot of things. We’re so focused on work and getting things done so when we do finally get home, we’re just looking to zone-out, relax and not think about anything for a few hours before we go to bed.

2. We Think We Can Handle It Ourselves

Most of us are handy enough to unclog the drain or the toilet, replace a faucet or handle some other minor plumbing issue and that is great. However, what’s not great is the fact that we tend to believe that we can do a lot if by ourselves. DIY-ing is cool. It saves money, it feels good and so on. However, what we’re not considering is the fact that those things we’re ‘handling’ semi-regularly shouldn’t really happen that often. Unless the cause of the clog is the hair down the drain that you just pull out, there’s something going on down there and unless we deal with it, sooner or later, the pipe is about to burst and we’re going to have to dip into our savings account to deal with the damages.

We guess the bottom line is this – it’s outstanding that we can handle some issues around the house, we even encourage it, because, let’s face it, it would be kind of embarrassing to call a plumber to pull out a few hairs from down the drain. On the other hand – let’s not get ahead of ourselves. If we’re not sure what we’re doing, it’s time to pick up the phone and the pros do it.

Handymen sometimes get a bad rep of being too expensive or in some cases even money-hungry. That has led many of us to believe that we’re going to get scammed any time a plumber or an electrician comes into our home. To be fair, those doubts are based on real experiences, but we’re forgetting two things. First of all, a quality, licensed plumbers is always worth the money and secondly, according to Lucas Plumbing, the costs of the damages that could occur will be significantly higher.

Nobody is saying that you should hire the first plumber you stumble upon. You have the right and the ability to choose the one that you like or are confident in his ability.

In some cases, we’re just stubborn and we don’t want to pay, because we feel like we could do the same thing for free, but we’re just circling to the DIY part of the issues. The bottom line is – if you need help with repairs, it’s worth paying up for a good plumber.

It’s not a secret that manual labour is on the verge of dying. Young people aren’t as interested in dealing with anything if it includes them moving something heavier than a computer mouse. We’re joking, of course, but the fact is, there is a shortage of handymen in general because we’re progressing as a society and we’re moving on to different things. For that reason, many folks don’t even know how to get in touch with a good, reliable plumber – so they decide just to ignore the problem and hope for the best.

However, that’s not really the best option. Most of us have internet access right in our pocket and it would be quite easy to find a local plumber with only a few clicks. One could argue about being suspicious of the skillset of the said professional, but, if the online reviews are good and people are recommending it – chances are, they know what they’re doing and they’re more than capable to do the job.

5. They Rely On Insurance Too Much

In many instances, people have home insurance policies that make them a lot more comfortable with problems – a lot more than they actually should be. We tend to think that it’s okay for things to go south unless we have to pay for them or suffer any major consequences. However, sometimes our negligence can go too far and we do end up having to pay for both damages and plumber’s services.

All in all, there aren’t that many reasons we tend to neglect plumbing problems – only a few of them. However, none of them is good or solid enough to justify our behaviour. All we can do is hope that we will change for the better and learn how to be more responsible.