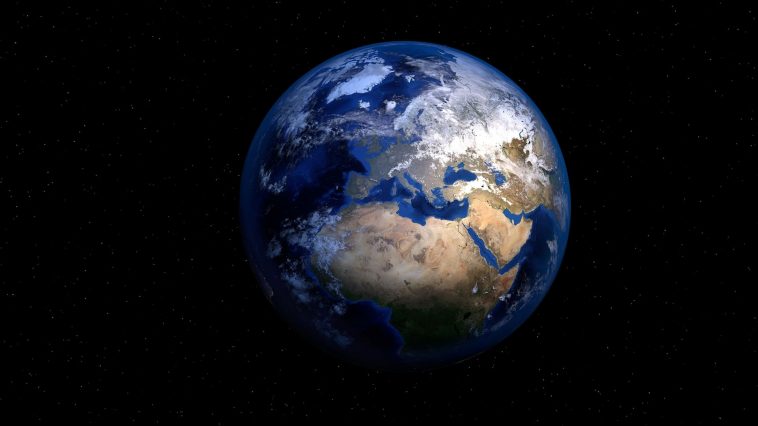 Let’s talk about the Earth first, the planet is the third rock from the Sun and the only one who can support life with free oxygen and oceans full of liquid water. Our planet is a perfect sphere and as the planet spins its gravity points towards the centre of the Earth and a centrifugal force pushes outward. Apart from this, mother Earth has a waistline, At the equator, the total circumference of the planet is 40,075 kilometres and the planet is on the move continuously. Earth is moving continuously, even if you are feeling that are standing on place, so, if you are at any place of the world, you are moving over 1,000 miles per hour.

Earth is moving around the Sun at a speed of 107,826 km per hour. Now, lets come to our primary topic, How old is planet Earth and how to determine its age?
Researchers and scientist across the world calculated Earth age by dating both the oldest rocks on the planet and the meteorites that have been discovered on the planet. By these calculations, it is clear that planet Earth is about 4.54 billion years old. The age is calculated from the Nuvvuagittuq Belt on the coast of the Hudson Bay in Northern Quebec and it is approximately 4.28 billion years ago, according to the scientists.

The measurements are made in the 18th century and it is based on the rate of the Earth’s cooling. Initially, Earth age was calculated by Charles Darwin, who proposed Eath age was 06.7 million years and another researcher is Lord Kelvin who made the proposal of hundred and millions of years, however, these are just approximate numbers. Later, the ability to calculate the accurate age of Earth is by using debris left behind by the Sun. We need to understand radioactive decay. These substances release subatomic particles at a steady rate. There are scenarios where teh current age can be determined by comparing present amounts of a radioactive substance with the original amount that was there in the object. Uranium is one of the best examples for the same.

Also Read: What is Biodiversity and Why it is so Important for Humans

Hence, by measuring lead to the uranium ratios seen in the ancient rock samples, Scientists in the year 1953, calculated age at 4.5 to 4.6 billion years.

EarthHow Old Is The Earth