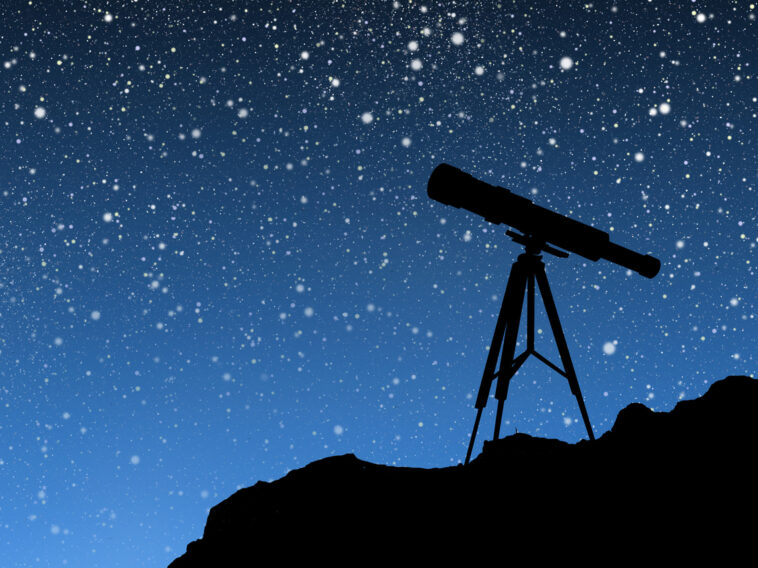 The Hubble Telescope has been out in space for a very long time now. It was launched in 1990, making it more than thirty years old. During that time, it’s had a few refits and modernisations to ensure that it can continue to work at full capacity, and thanks to those refits, it’s still breaking records in the world of science and astronomy.

In March 2023, it made what might be its most groundbreaking record yet – it captured an image of a single star in a distant galaxy more than twelve billion light years away. Hubble has managed to obtain images of objects that far away before but can typically only make out galaxies or star clusters. The identification of this ancient and distant star, which has been named “Earendel,” is a first for science.

In some ways, the discovery of Eardenel is a freak occurrence. It was only possible because of a phenomenon called gravitational lensing, whereby the gravitational mass from a larger grouping of matter – perhaps a cluster of galaxies – bends the light coming from objects behind it and magnifies the light in the process. Distant galaxies have been spotted via gravitational lensing in the past, but Earendel was visible purely because it just so happened to be in a “sweet spot” when Hubble created the image.

The light from the star would normally be invisible even to Hubble, but it became visible because the mass in front of it magnified the light by a factor of several thousand. Because of this lucky break, Earendel has broken a record set by another distant star called Icarus, which is “only” nine billion light years away.

Studying Earendel will be extremely difficult because it’s so far away and so hard to see, but scientists are eager to glean as much information from it as possible. It’s so old that it was formed somewhere in the region of nine hundred million years after the Big Bang, which is the blink of an eye in the context of the age of the universe. When Earendel was born, the universe was only six per cent as old as it is now. It’s also unusually large – perhaps fifty times the solar mass of our native Sun.

That would put it among the largest stars ever discovered and raises the question of whether we might be looking at two stars rather than one. Binary star systems aren’t uncommon, and it’s impossible to tell whether Earandel is binary or singular at this range. With more sensitive scientific equipment – for example, the James Webb telescope that was launched at the end of last year and will eventually take over many of the duties of Hubble – we might be able to determine the star’s composition. The James Webb Space Telescope recently sent its first clear image back to Earth and will soon become fully operational.

Determining Earendel’s composition would tell us more about the universe’s early days and could help scientists confirm a long-held theory about so-called “pioneer stars.” It’s possible – but unlikely – that Earendel itself is a pioneer star. They’re so-named because they were stars formed directly from the gas created by the Big Bang and (again, in theory) would be composed only of helium and hydrogen. It was only when stars met and fused together that other gases were created, and stars of the kind that we know today were formed.

With a size of a projected fifty solar masses, though, Earandel would likely only burn for around a million years before it burned out and collapsed in on itself. The fact that it was still around nine hundred million years after the Big Bang points to it not being a pioneer star, but it may be a direct descendant of such a star and, as such, would still have plenty to tell us about the origins of the universe.

The James Webb Telescope already has a long list of things to look at and operations to perform once it’s fully calibrated, but Earendel has already been added to the list. With a far larger mirror than Hubble and vastly superior analytical tools, it should be able to provide us with a much sharper image of the star and detect things that are beyond Hubble’s capabilities. The mission of the new telescope is to allow scientists to “see” further back in time than ever before and peer into the deepest reaches of space in the hope of seeing evidence of life. It’s a bold and optimistic mission, but so was that of Hubble when it launched more than three decades ago.

Our fascination with stars is something that we share with our most ancient ancestors, who created star calendars and worshipped celestial bodies. It’s reflected in far more modern ways today, including things as seemingly unrelated to astronomy as the Starburst online slots game. Online casinos and the games played on them have developed to the point that almost every imaginable theme and topic is covered, but it’s telling that the most popular casino game in the UK is one based on stars and deep space. If the casino sister site reviews at sistersite.co.uk are anything to go by, it appears at more casinos than any other game that’s ever been developed.

Even when we’re gaming or gambling, it seems that as a species, we can’t shake our interest in the heavens. We all look up to the skies from time to time, and we all sometimes wonder where we all came from. If the answers are out there somewhere, the James Webb Space Telescope might be able to find them.

Hubble might be old, but its work isn’t finished yet. Scientists currently have no idea how much longer it will last, but they have no reason to believe it will cease functioning before 2030. More optimistic predictions suggest that it might even still be going by 2040. Its duties may change now that it’s been joined by a more powerful telescope, but it will remain a valuable companion for the James Webb Space Telescope and will hopefully continue to bring us amazing images and fantastic discoveries for at least a decade to come.