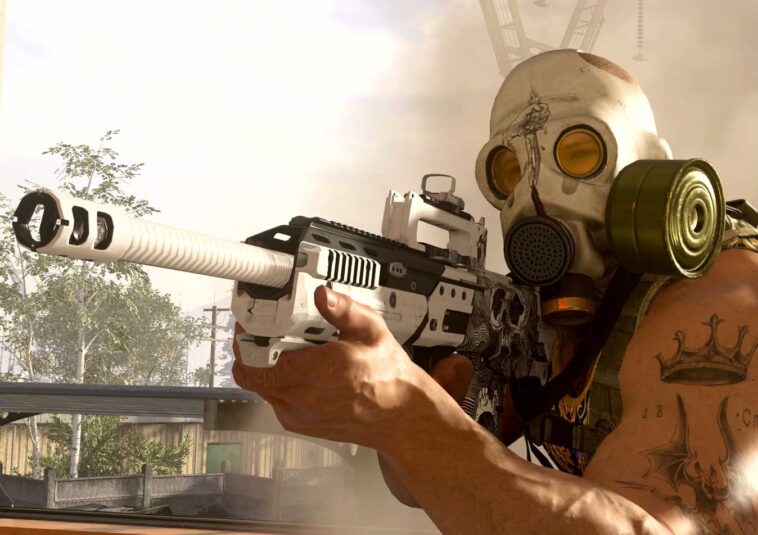 Enjoyed by more than 100 million players around the world, Call of Duty: Warzone is the most popular cross-platform battle royal video game at the moment. If you are into any sort of gaming, I’m positive that at least you have heard about the game and you are familiar with the game’s title.

Whether you are a serious PC gamer or a casual console player, you have played the game at one point or another since its launch. The various game modes allow you to play with your friends in public lobbies of 150 people on a large scale map in a city called “Verdansk” with the purpose of being the last team standing i.e. winning the game.

Although the game isn’t played competitively, having the bragging rights to call yourself the best player in your group of friends is important. So if you are a mediocre player wanting to improve your aim and accuracy in Call of Duty: Warzone this article will help you achieve just that.

Shooting accurately requires constant aim compensation to nullify the weapon recoil and constant aim corrections to track the enemies’ movement. Having a lower or a higher mouse sensitivity might impede you from doing the necessary fine adjustments to achieve above-average aim accuracy. Depending on your playstyle try lowering or increasing your mouse ADS sensitivity and see if there is any accuracy improvement. Don’t lose hope in achieving a higher accuracy percentage, as this is method is done by trial and error and will certainly take some of your time.

Switching from mouse and keyboard to controller

This might not sound like the best advice, but in reality, control players get aim assistance. That means that you get artificial assistance when aiming down sight, as the aim sticks to the enemy player and allows you to aim better and get higher accuracy. This option is best for mouse and keyboard players that have below-average aim and accuracy percentages in the game.

Work on your aim and practice

Practicing your aim will always give good results. You can practice your aim in-game, or you can use universal practicing software. Practicing between half an hour and an hour a day will most certainly yield greater accuracy. If you are short on time, or you just don’t want to grind it but want to be better than your friends, have a higher K/D ratio, have higher weapon experience, and have more camos unlocked you can always hire someone to carry you. You can learn more about it here

Aim for the chest

There are a few reasons why you should always aim for the chest. Statistically, weapons deal less damage to the chest than the head, as there is a headshot damage multiplier to the head, but the head is quite small on the surface and it’s harder to hit. The chest area is easier to hit as it is quite larger on the surface.

On average, you will deal more damage to a player per minute shooting him in the chest rather than the head, because you will be more accurate and you will land more shots. On the other hand, as counterintuitive as it may sound, aiming for the chest guarantees a higher headshots percentage with greater accuracy. Every weapon in the game whether it’s a pistol or an AR has some vertical recoil when shooting. That means that when you are shooting a weapon the aim tends to go upwards. Vertical recoil intensity varies from weapon to weapon. So, the vertical recoil moves your aim upwards, moving the aim from the chest to the head, thus enabling you to get easier headshots without even aiming directly to the head.

To improve your aim and accuracy in Call of Duty: Warzone you have to follow at least a few of the tips mentioned above. Without any saying, the most important part in achieving a good accurate aim is to practice your aim on a daily basis. That combined with a good weapon selection that has controllable recoil will most certainly improve your aim and accuracy. Always choose weapon attachments that make the weapon easier to shoot and control. If you are having trouble aiming, equip a magnification optic. Having a fast or slow ADS speed can also impact your accuracy, so tweaking your ADS speed may help you get better. A good tip is to always write down or remember the previous ADS speed settings, so as not to confuse the settings. Aiming at the largest surface area- the torso and avoiding the head will certainly give you a higher average damage per minute.