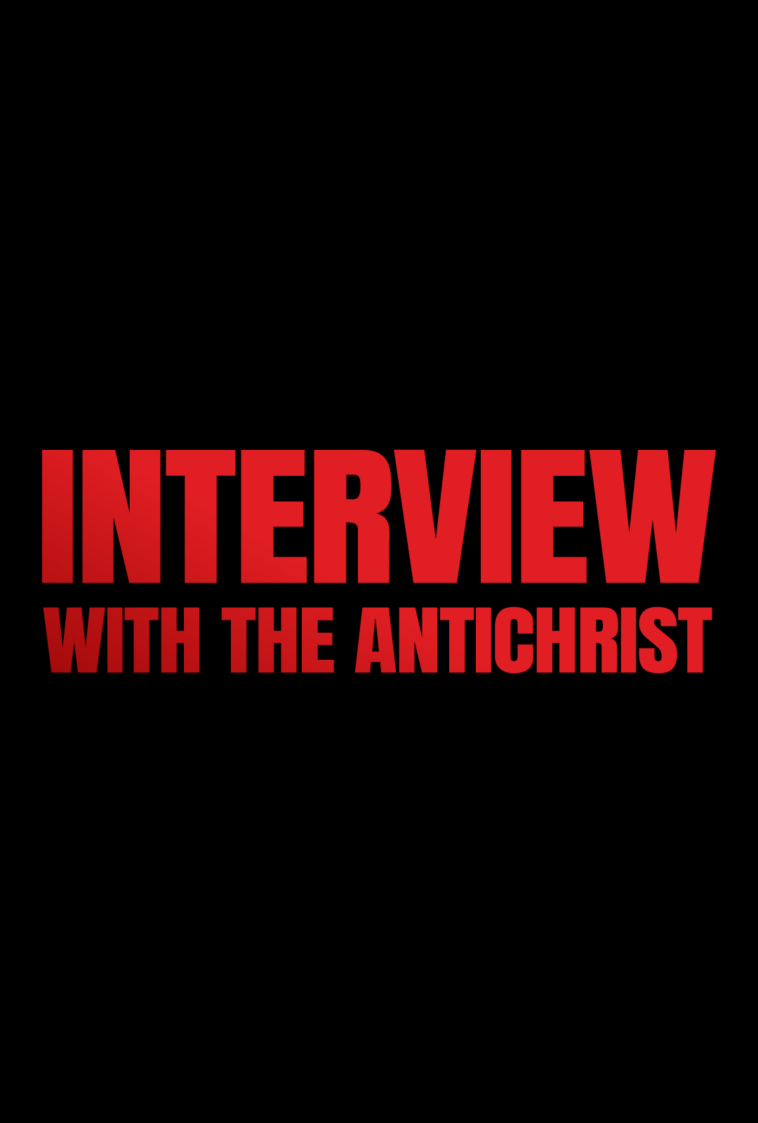 This is the time of year when most quality movies come to theaters. Most cinemas in the world are not working because of the pandemic, but that does not change the situation when we talk about Oscar-worthy titles. Certainly, the period from late November to mid-January is always the peak of the season when it comes to the film industry. The reason is very simple, and that is that the Oscar for Best Picture almost always goes to the film that was released at that time of year. It is very rare for a film released during the summer to maintain relevance until the Oscar ceremony and win one of the biggest awards.

That is why every year we miss at least a few movies that are absolutely worth our attention, but we miss them because of too many new titles in the short time span. If we should single out one film from the end of last year that you absolutely must not miss, it is “Interview with the Antichrist”. I will give you my take on “Interview with the Antichrist” to introduce you to the plot and introduce you to the director and actors.

I am sure a movie with a plot like this has never been made and that’s why as soon as I first heard about it, I knew we had to watch it as soon as it was released. This achievement seems to have a very simple plot because the whole film revolves around an interview with the Antichrist. The store is located during the Great Tribulation. If you are not familiar with the events in the bible, Great Tribulation is the period when humanity will experience various negative things and this will precede Second Coming. During the film, we will follow the host’s interview with the Antichrist, which will be watched practically all over the world, and several billion viewers will watch the event live.

What is particularly interesting are the questions that the host will ask the Antichrist. Some of them will be highly anticipated, such as mass shootings and 9/11, but there will also be those questions that will surely shock you. Whoever watched the film singles out questions about Santa, Rudolph the Red-Nosed Reindeer, and even Netflix as the most unexpected ones. We believe you are already eager to watch it and find out what answers the Antichrist has given, but be patient and read first my take on it.

My Take on “Interview with the Antichrist” 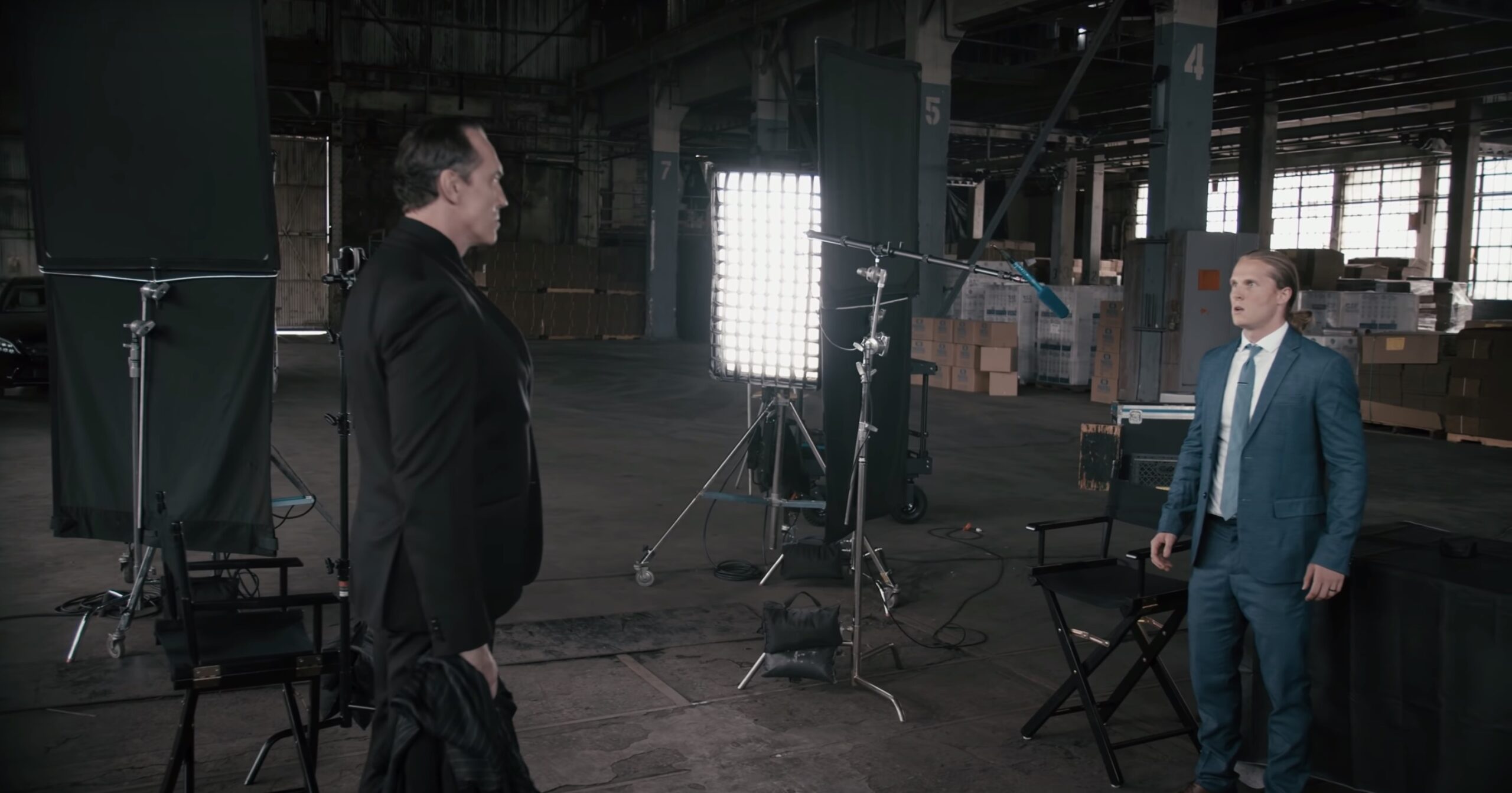 Before I started watching this movie, I didn’t know what to expect. The plot sounded very interesting to me, but I was skeptical whether the director and screenwriter Timothy A. Chey managed to turn a great idea into a great achievement. Fortunately for all of us, he succeeded. From the very beginning you will be tense because even though the plot is set in a fictional period, in the last year of Great Tribulation, you will surely find many similarities with exactly the time in which we live. Pandemics, wars, poverty are exactly what is predicted to happen before Second Coming. When you overcome that eerie feeling that the film evokes in you, then you will fully concentrate on the questions and answers that the Antichrist gives.

Of course, this article will not have any spoilers, so feel free to continue reading. The topics they will talk about are very diverse and that is exactly what I liked the most. You will hear answers to a variety of questions. As we have already said, 9/11, Netflix, then John MacArthur, then Saudi Arabia, Mike Pence, and many other people and events were mentioned. If you are wondering how Rudolph the Red-Nosed Reindeer found their place among all the questions, director Chey said he thinks Santa Claus and Rudolph serve to divert attention from what Christmas really is, and that is the birth of Christ. In a figurative sense, he believes that the devil invented it. The film made a big impression on me and I spent days thinking about questions and answers.

Timothy A. Chey is a well-known name among producers, writers, and directors. What’s interesting is that it’s not his only profession, but that he also has degrees from Harvard Business School and Boston University School of Law. So he occasionally works as a lawyer, most often works pro-bono. On IMDB you can see that his name is associated with over 15 titles, most of which he was a writer and director, as well as in “Interview with the Antichrist”. He’s a very devout Christian and so you shouldn’t be surprised how he got the idea for this movie. In his own words, he believes that the Antichrist is currently among us and that is why he wanted to draw people’s attention to many important topics. “Suing the Devil” is his previous achievement which also deals with Christian themes and it achieved great success 10 years ago. He has also directed comedies, such as “Fakin ‘da Funk” which was considered one of the best comedies during the 90s. He has worked with many famous actors, but also other celebrities like Bo Jackson. 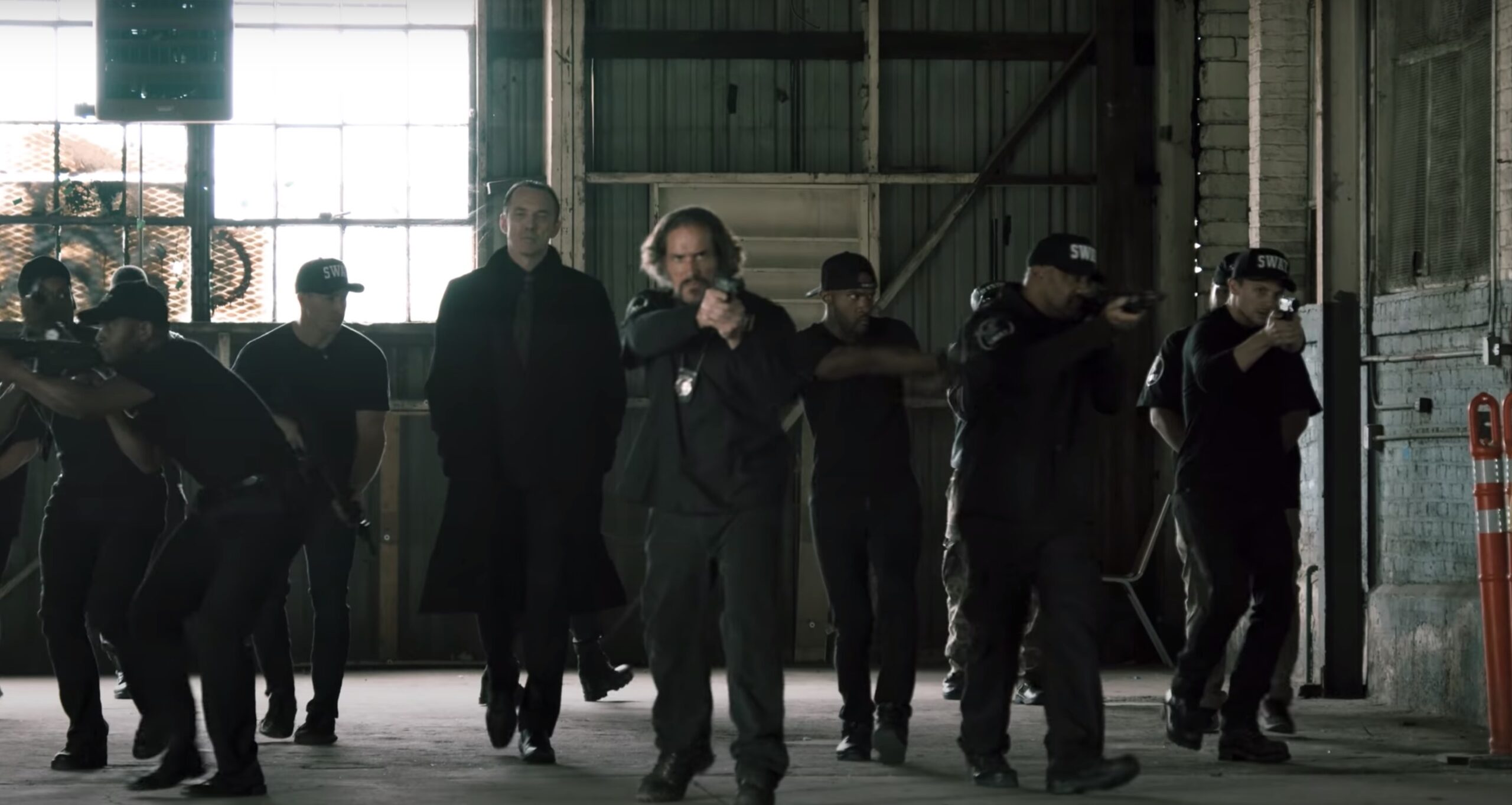 Since the whole film revolves around interviews, the two actors are the most important, namely Ego Mikitas and Aaron Groben. They both played their roles very well, which was to be expected because they are proven, actors. You could see Ego Mikitas in various HBO productions, such as Westworld. While Aaron Groben, although young, already has over 190 roles so a bright career is in front of him.

As you probably concluded while reading our review of this movie, it is a movie that is worth your attention and you need to put it on your watchlist. If you liked “The Sunset Limited” from 2011 starring Tommy Lee Jones and Samuel L. Jackson then we advise you not to wait but to watch “Interview with the Antichrist” today.

Check out the movie at https://vimeo.com/ondemand/interviewantichrist