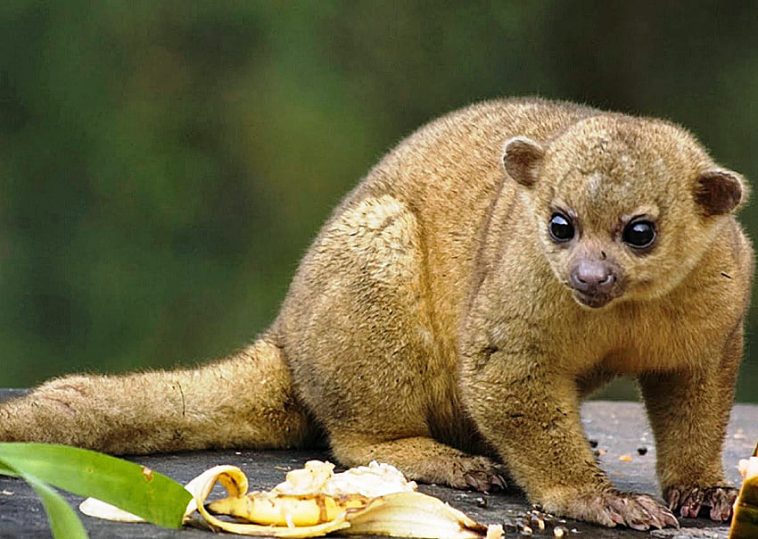 Lesser known animals are always interesting and worth exploring. Be it the intricate galaxies or the mysteries of the deep seas, the unknown has always intrigued us. The animal kingdom is also not left untouched by this spark of the unknown. There are millions of animal species on earth. We know about a large number of animals, birds, insects, and reptiles through books, encyclopedias, TV channels, and the internet. However, there are still some animal species that remain unknown to us. They are unique and incredible animals that roam the stretches of land across the earth and we stay unaware of them. Below is a list of the top 10 strange animals in no particular order.

The Bilby is also known as the Macrotis is a species of desert marsupial, native to Australia. They are small in size and live in burrows, and are nocturnal. As of today, it is an endangered species. Bilbies have a silver-grey coat and a pointed pink-coloured nose. They have sharp claws and long ears. They jump around like hares and have powerful forelimbs for digging. It has a unique dark grey tail with a pure white brush at the tip. It bobs its tail in the air when it runs about.

Peacock spiders are widespread across Southern Australia. They dwell in diverse habitats, like dunes and even grasslands. They are very small in size, about the size of an eraser. They are venomous but have such tiny mouths that they cannot bite big prey. Male Peacock spiders have a brilliant iridescent fan-like structure at the back. Each Peacock Spider species has a unique dance associated with it, which the male spiders use to woo the females.

The Coatimundi is a raccoon-type animal native to the jungles of South America, Central America, Mexico, and the southwestern United States. They are a ring-tailed South American carnivore. It has a long snout with a flexible nose which it uses to root in the soil for grubs and other small animals. The tail is long and has contrast colour rings or bands on it. They have white fur around their eyes and nose. They live both on the ground and the tree in social groups.

The Jabiru is a large stork found in the Americas from Mexico to Argentina. These storks are the tallest flying bird in South America. They are about 5 feet and have a wingspan of 8 feet. Their bodies are covered in white feathers and have a hairless head with black skin and a massive black bill. The skin on the head merges with their 12-inch long beak. The lower portion of its black neck has a scarlet band of skin that is about 7-8 cm in length. They are currently a protected species.

Echidnas are a type of solitary spiny anteaters native to Australia. They are one of the Earth’s oldest surviving species. The echidna has a porcupine’s spines, a bird’s beak, a kangaroo’s pouch, and can lay eggs like a reptile. Like all mammals, Echidnas feed their young milk like all mammals from special milk-secreting glands in their pouches called milk patches. These creatures are toothless but have sticky tongues to feed upon ants, termites, and other insects.

One of the lesser known animals, The Kinkajou is a South American tropical rainforest mammal related to the raccoon family. These small animals spend most of their time in the trees. They are well-adapted to their life upon the trees. Their feet can turn backwards to run easily along branches or tree trunks. The kinkajou also has a unique gripping tail that it uses like another arm. They can hang from this tail, which provides balance. They are rarely seen on the ground and can be heard loudly screeching on trees like monkeys.

The Babirusa or ‘Deer-pigs’ are only found in the swamps and rainforests of the Indonesian islands. They have barrel-shaped bodies balanced on slender legs. They have wild-growing tusks that resemble deer antlers. Their tusks or canine teeth that can grow up their snouts and curve back toward their forehead. Babirusas live in swamps, generally in predator-free environments. They communicate through grunts and moans. They also engage in a strange “ploughing” behaviour in the swampy areas.

We know about gazelles-now here is a Giraffe gazelle, known as the Gerenuk. This is a very long-necked found in the Horn of Africa and the drier parts of East Africa. It has a two-toned body –a reddish-brown upper back and white underparts. Only the male gerenuks have horns, which are S-shaped, and are heavily annulated. They can be up to 40 cm long. The Gerenuk has elongated limbs and a long neck with a pointed snout. Its body structure is adapted to nibble at small leaves on thorny shrubs and trees that may be too high for other antelopes. This antelope also has powerful hind legs and wedge-shaped hooves. Because of such special features, the gerenuk is the only antelope that can stand unsupported on its hind legs.

This is an uncommon bird from the incredible Amazon rainforest in South America. It is found in humid tropical forests. This Royal Flycatcher has an impressive crest on its head. Male birds have brilliant scarlet crests, while females have yellow crests with black or blue tips. These birds generally keep their crests flat on the head. During the breeding season, they can raise this hammer-shaped crest. It is a beautiful sight to behold the flame-red and violet-blue fan! These birds mostly occur as singles or pairs in the open mid-level canopy, feeding on insects.

Zebra duikers are a unique species of mountain deer found only in closed rainforests in Liberia in West Africa. They are very sensitive and shy animals that get agitated by even the smallest forest disturbances. They are rarely seen in the wild. They have a small, reddish-brown body with 12-16 black or dark brown zebra-like stripes from the shoulders to the rump. Their lower legs are darker than the rest of the body. The upper legs have blackish bands. They have short and smooth, cone-shaped horns. It is one of the lesser known animals in the world.

These are some incredible but lesser known animals that inhabit our earth. Various unknown species still exist, still on the land as well as in the ocean. Explorations are on, and wildlife expeditions are striving to uncover several unknown animal species.