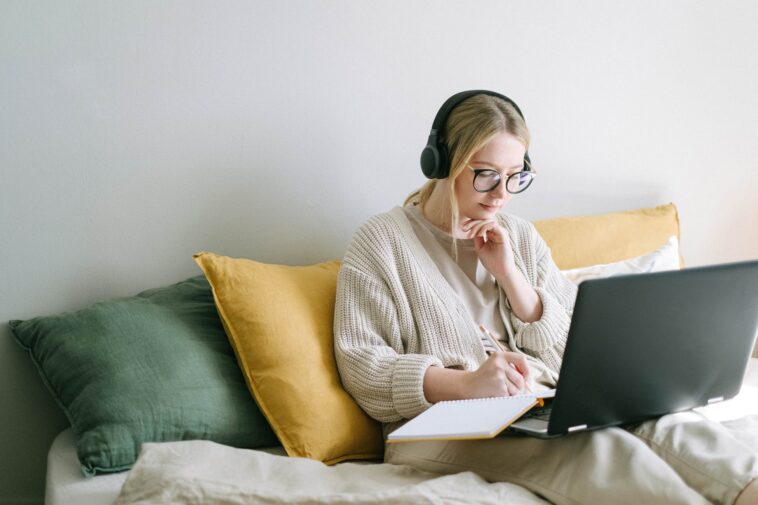 Naysayers might decry the modern age of media as having fallen into clickbait mania, smear campaigns and spammable, short-form content. Attention spans have never been lower, they will say, and TikTok overtaking YouTube in average watch-time marks our entry into a new era. The jig is up, journalism is dead, and the media’s job is to hurl as many outrageous remarks as it can muster, jeered on by a crowd of half-appalled, half-delighted onlookers — a scene of depravity matched only by Roman gladiatorial death-matches.

And yet, while such criticisms are not without basis, recent years have also seen a push for longer-form content. Podcast numbers are skyrocketing, mobile users reportedly spend twice the engaged time on long-form articles than shorter reads, and Twitch streams are capturing audiences for up to 4-hour periods. Clearly, we still enjoy engaging with individuals and topics in longer formats. What, then, has changed, and how does it affect the kind of content you make?

The key variable is not dwindling attention span, but saturation of content. When we know that for every topic imaginable there are thousands of individuals offering their perspective (often marketed as ‘the’ perspective), which of these voices do we choose to listen to? The sheer volume of content on the internet has forced consumers to become hyper-discerning, reluctant to consign a large portion of their time to one provider when they are not absolutely convinced that this is the best candidate.

One reason, then, why even mobile users spend more time on long-form articles, is that the length of the content suggests an in-depth analysis, a carefully-considered argument and a fair amount of research. Anyone who has taken to the internet for guidance on technology purchases (a rite of passage for modern-day humans) will know that the big names in blogging aren’t always the best sources. Often, the writers are churning out post after post on such a wealth of topics that they can’t possibly be experts in them all. A little digging is required to find a source with the experience and understanding necessary to give good advice. The SEO gods do actually privilege long-form content, so it’s not as if Google is deliberately thrusting shallower takes your way, but successful blogs are still businesses, and churn out such high volumes of content that less-established players have difficulty competing.

Protruding through the noise

Reaching consumers through the din is no small feat. Like mad street vendors packed into a narrow alley, blogs and websites are wrestling for places in the search engine ladder, accosting every customer that walks their digital way, leaving scarce room for newcomers. Even the best-informed, most qualified individuals will struggle to squirm through the press.

The flip-side of this, however, is that once you’ve convinced your audience that you know what you’re talking about, you’ll find your page bookmarked, shared and frequented by a set of loyal, returning customers. You could become their first port-of-call for any matter remotely linked to your field of expertise. Don’t, then, discount the value of spending more time on crafting your content — the read-rate may leave you disheartened, but what traction you do build will be solid and enduring.

Long-form content can win you long-lasting consumer attention, but one component of content marketing and creation no one should neglect is so-called ‘snackable’ content. This is not the same as short-form content, which nonetheless seeks to hold the consumer’s attention for a brief period. Snackable content is behind-the-scenes moments, windows into the life of you or your business, casually thrown together like the blooper reel of a comedy film.

There’s minimal emphasis on production value – in fact, there’s an emphasis on minimal production value – as snackable content is by nature raw and incomplete. It works by what Hemingway called the ‘iceberg theory’, or ‘omission theory’, wherein writers show a small fraction of reality, implying but not directly evoking greater, hidden depths. Proving his point, Hemingway created a 6-word story when challenged by an unconvinced colleague, writing: ‘For sale: baby shoes, never worn.’ This remarkably terse statement hints at a deeper tragedy, and strikes a more powerful chord than, for example, ‘The couple lost their unborn child’ would.

Snackable content belongs mainly on social media platforms like Instagram, Twitter, Snapchat and now TikTok. YouTube can also be used, particularly with its new release of YouTube Shorts, a response to the unexpected popularity of TikTok. Any time you or your business is engaged in some kind of undertaking – a photoshoot, business trip, or just good old-fashioned office tomfoolery – there you have an opportunity for video tidbits to gratify your audience.

When a blog writer recommends ‘content marketing’ as the best avenue to bolster an online following, many business owners breathe dejected sighs, as they foresee hours of time spent crafting posts or videos that garner double-digit views. It’s fairly common for websites these days to have a ‘blog’ section, but visitors tend not to explore these unsightly avenues unless directed there from the Google search page itself. Ross Pike of web design agency Koreti Ltd comments, ‘While we do often recommend a blog section for many of our web clients, pumping out content consistently is quite a challenge, especially for those on a budget, and all-too often these pages end up gathering dust.’ Indeed, the content marketing race is a marathon, not a sprint, but the prize is an enduring consumer following — and in this age of ephemeral media, such a following is surely no small reward.