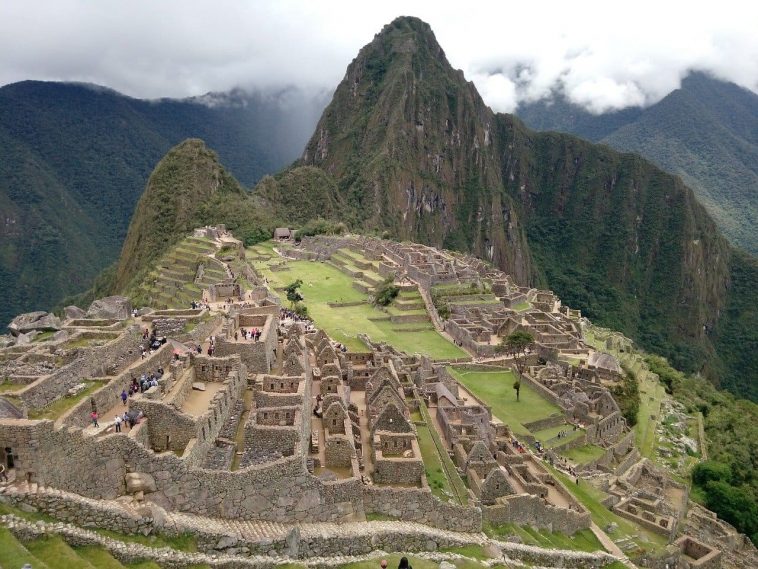 History has witnessed the rise and fall of hundreds of empires and civilizations. Over the centuries, our earth has been inhabited by communities that glorified it with their living saga and then vanished with the tides of time. Kingdoms rose to power, beautiful cities were constructed, and cities were lost in the clouds of history. Wars, natural calamities, and climatic changes made several cities disappear from the map of the world. Several thousands of years later, these cities were rediscovered by archaeologists. We will discuss the most beautiful lost cities in the world.

Beautiful Lost Cities In The World

Troy was a legendary ancient city in modern-day Western turkey, close to Canakkale’s current town. Troy’s glories, which was the venue of the Trojan War, have been depicted in Homer’s Iliad and Odyssey. The mystic remains of the city were discovered in 1860 in Anatolia. The city had high stone walls and an underground base. Archaeologists confirmed that the city was repeatedly attacked, destroyed, and rebuilt until the Byzantine era. Then, it was finally abandoned during the course of a deadly war, which is also mentioned in Homer’s Illiad.

Pompeii was an ancient city near Naples in the Campania region of Italy, around 6-7 BC. It was a wealthy town, with many elegant public buildings, villas, and luxurious private houses. The buildings had lavish decorations, furnishings, and works of art, which were the main attractions for the early excavators. The entire city was destroyed in the violent volcanic eruption of Mount Vesuvius in 79 AD. In 1997, Pompeii was declared a World Heritage site by UNESCO.

Machu Picchu was a fascinating city of Peru built on the Andes Mountain slopes. The Inca rulers of Peru built this city as an estate for the then Incan emperor Pachacuti around 1450. The main structure was located at the top of the Urubamba hill. It had 100 separate flights of stairs, with each flight containing more than 3000 steps. They were carved out of a single stone. The city was destroyed when the Spanish invaded South America. In 1983, UNESCO declared it a World Heritage Site.

Petra is another most famous lost city in the world in the Jordan valley. It was established in 312 BC and was a prominent stop on the Silk Route. It is known as the Rose City as most of the construction in this city had been carved out of pink stone. This city is listed as one of the spectacular Wonders of the World for its amazing rock-cut architecture, like its treasury and the monastery. It was abandoned soon after it was built due to a series of earthquakes. The earthquakes disrupted the water supply to Petra and made the inhabitants immigrate to other regions.

Babylon was the capital of Babylonia, an ancient empire of Mesopotamia, located on the banks of the Euphrates River. Babylon became known for its legendary Hanging Gardens built by Nebuchadnezzar in 604-562 BC. The city came to be renowned for its brilliant architecture. It was destroyed in 1180 BC. However, it flourished once again in the 9th century BC in the Assyrian Empire.

Mohenjo-Daro is an archaeological site in the province of Sindh, Pakistan. It was one of the largest settlements of the ancient Indus Valley Civilization built around 2500 BCE; it was one of the world’s earliest major cities that belonged to the era of ancient Egypt and Mesopotamian civilizations. Mohenjo-Daro spread across a 5 km area as a city known for its sophisticated civil engineering and advanced city planning. Mohenjo-Daro was abandoned when the Indus civilization went into a sudden decline around 1900 BCE. UNESCO declared IT as a World Heritage Site in 1980.

Carthage was the centre or capital city of the ancient Carthaginian civilization. It was located in modern-day Tunisia, on the eastern side of the Lake of Tunis. It was one of the most affluent cities in the classical world and an important trading hub. The legendary Queen Alyssa is regarded as the founder of the city. Carthage was the only existential threat to Rome. This ancient city was destroyed in 146 BC by the Romans in the Third Punic War. It was re-developed as Roman Carthage. The city was destroyed in the Battle of Carthage in 698. Later on, in 1830, its archaeological remains were first surveyed in 1830, by Danish consul Christian Tuxen Falbe.

Xanadu was the legendary capital city of Kublai Khan’s Yuan Empire. It was currently located in Shangdu town, 350 km from Beijing, China. It was designed by the Mongol ruler’s Chinese advisor Bingzhdong in 1256. Its current excavated sites are located north of the Great Wall, over a surface area of 25,000 ha.  Marco Polo visited Xanadu in 1275, and described it as “a place of mystery and splendid luxury,” in his book Travels. The city was a blend of Mongol and Chinese culture and architecture. Xanadu survived the fall of the Yuan Dynasty. It was finally abandoned around 1430 CE.

Angkor was a flourishing city in Cambodia from the 9th century until the 15th century. It was known as the “City of the God-Kings”, and was the It still has one of the largest Hindu temples in the world known as Angkor Wat Temple. This religious monument was built as the official state temple by Khmer King Suryavarman II in the early 12th century. In 1992, it became a World Heritage Site and attracted millions of tourists worldwide since then.

Ephesus was an ancient Greek city on the coast of Ionia in Turkey during the Classical Greek era. It was built in the 10th century BC by the Ionian Greek colonists as one of their 12 league cities. The Roman Republic conquered the city in 129 BC. The city had the Temple of Artemis, which was completed around 550 BC. One of the Seven Wonders of the Ancient World, this city also housed the Library of Celsus, and a massive theatre. Even the Book of Revelation mentions Ephesus as one of the seven churches of Asia. An earthquake in 614 AD destroyed it.

These are some of the beautiful yet lost cities of the ancient world. Once gracing the world with their charm, town planning, and the flourishing populations, these cities slowly fell prey to the tides of time and got lost in history. Even today, as new cities are being excavated, we get a peep into the ancient civilizations.