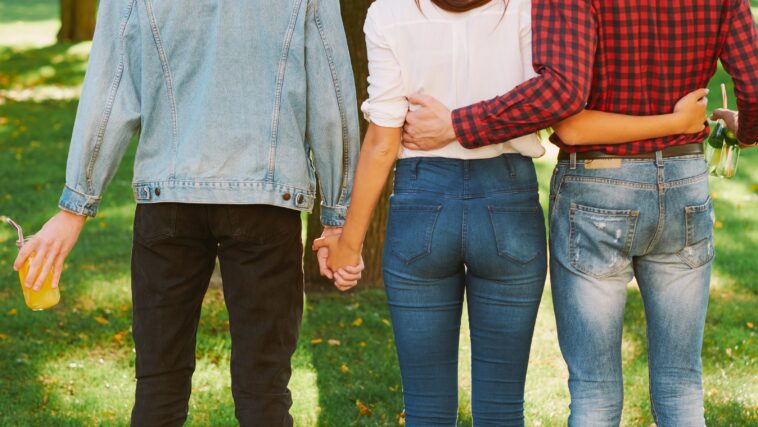 No two relationships are the same. However, many of them fall into similar structures, whether they be monogamous, polyamorous, or something in between.

Although there’s a belief that relationships should only involve two people, plenty of couples get more satisfaction from adding other parties into the mix. However, this scenario isn’t for everyone, so if you plan on doing this yourself, it’s important that you and your partner are on the same wavelength.

There are a few things the two of you need to do if you’re going to open up the relationship, the most important of which are outlined here.

Discuss What Is And Isn’t Off-Limits

In its most basic state, an open relationship is about two partners being allowed to engage in intimacy with other people. This can manifest into physical and/or emotional intimacy, with almost one-fifth of UK couples surveyed now engaging in polyamory.

However, this doesn’t mean that it’s a free-for-all for everyone involved.

It’s not uncommon to establish what activities and people are and aren’t off-limits. After all, it can be uncomfortable for some people to agree to an open relationship and then discover that their partner’s been sleeping with all their friends. So, you and your other half need to agree on what you can do and who you can do it with.

In many cases, strangers tend to get the greenlight as these are people you can have an experience with and then probably never see again. Relatives are usually a definite no, whereas friends tend to differ on a case-by-case basis.

See Things From Each Other’s Perspective

When you have an opinion on something, it can be hard to see things from the other person’s perspective. However, it’s always important to hear them out and try to understand where they’re coming from, even if you ultimately disagree with them.

That’s especially the case when dealing with a sensitive topic, which an open relationship can be for plenty of people. If the idea is something that you’re far more into than your partner, then you need to hear them out and understand their reservations. Don’t automatically accuse them of being unfair if they set a lot of limitations on what you can do outside of the relationship. The fact that they’re agreeing to this in the first place may be a significant deal for them, so you can’t expect them to immediately prescribe to your way of thinking.

The best thing to do is discuss what you want out of this situation and see if you can reach a happy medium. Be honest about your desires, by all means, but just be aware you won’t get your way without behaving reasonably.

As much as you may love someone, they might not be able to offer you everything that you’re after. If you don’t share a lot of interests, either generally or in the bedroom, then it can drive a wedge between the two of you.

That’s why open relationships can be great because they allow you to seek what you’re currently missing elsewhere. You can use other people to fulfil the interests and desires that your other half can’t, so the two of you can focus on enjoying the stuff you both like together.

This is where hiring an escort may come in handy because you generally pay them to give you what you’re after. While you might not be buying sex off them, such fun can develop naturally, so it’s always worth finding someone who can offer what you’re looking for in the bedroom, too.

Adult Seek is ideal for anyone searching for a London escort service to help with this, as their directory contains all manner of beautiful women with very varied interests. One of them could help you satisfy your other needs, so you never have to worry about feeling unfulfilled with your partner.

Communicate With One Another Constantly

Communication makes or breaks every relationship. If you’re not open and honest enough with your partner, it will eventually push the two of you apart.

Of course, when it comes to open relationships, communication is more important than ever. It’s easy for people to develop jealousy and resentment in these situations, yet not everyone is always vocal about this. Their true feelings don’t typically emerge until they’ve festered too long and destroyed all chances of fixing the relationship.

So, to avoid any outside entanglements interfering with what you and your other half have, you need to check in with one another regularly. Make sure all conversations are treated as a safe space where feelings will be acknowledged and responded to. It’s the best chance you have of ensuring that your open relationship is a healthy one.

Monogamy might work for plenty of people, but if it doesn’t suit you, there’s no reason you should be restricted by it. As long as your partner is okay with opening up the relationship and the two of you take the necessary steps to make things work, this could really change your life for the better.

Ultimately, communication is key when it comes to making an open relationship work. As mentioned earlier, no open relationship will work all the time as people are just different. There is a structure that needs to be followed but if you are open and honest about this then you should not encounter any issues.

Sometimes, it is best to put yourself in someone else’s shoes. Earlier it was discussed seeing things from each other’s perspective, and this is what this article wants to sign off with. When putting yourself in someone else’s shoes it is important to look at it from their side. If you a female looking at it from a male’s perspective or vice versa, it’s important to remember what you can and cannot tolerate. As long as you are comfortable and have discussed what is on and off-limits then it should be a successful relationship.