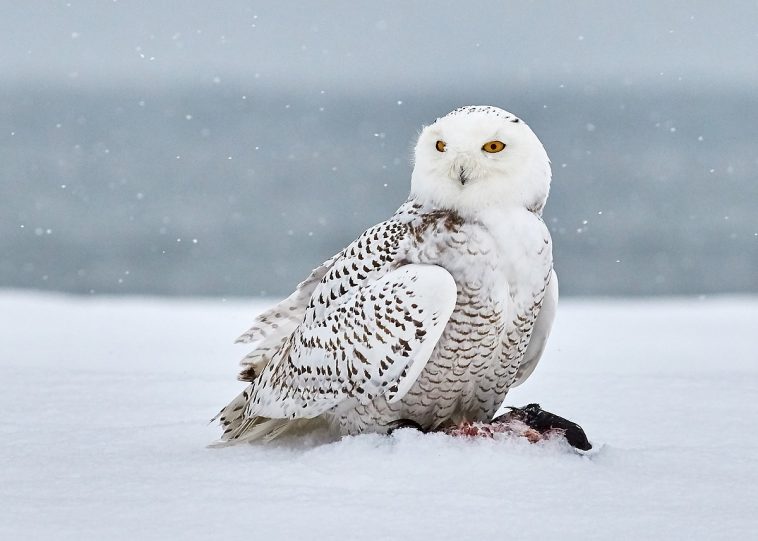 Just like humans who go for the hill stations in summer and those in colder areas crave for a warmer climate, similarly, birds tend to move from extremely harsh and cold winter to warmer places where resources are in abundance. This is the nature of migratory birds that constitute about 40 per cent of the world’s bird population. They are fascinating, fly in flocks of interesting shapes across continents through hundreds of thousands of miles and enrich the aesthetics of the place where they decide to settle for the season. However, the journey is long and fraught with danger on the way causing many to perish. Wildlife organisations and birdwatchers’ community hence strive for cooperation between countries to make the migration a safer and fruitful endeavour for these birds. Here is a list of most stunning migratory birds worldwide,

Migratory Birds In The World

The Greater Flamingoes are the largest of all species and have the most diversified habitat. Though they can be as tall as 61 inches, they are extremely lightweight, weighing only around eight pounds. There are distinctly two types of Greater Flamingoes, one with bright red feather found in coastlines of West Indies and Florida and the other with a slightly pink feather found in Africa and East India. During the winters, these birds migrate from Asia to warmer places of Iran and India but not only the weather becomes really inhabitable. They feed on small crustaceans, molluscs, worms, insects, small fish and sometimes even plants. Their migratory habits having been hugely impacted by the environmental changes with a shortening of their migration span. It is also on one of the most popular birds in the world.

These migratory birds are one of the fastest kind. They get their name from the bright, shiny streak of teal on their necks. Their plumage appears grey, with a dark chestnut head, a yellowish behind, and a white stripe running along the flanks. This noisy species belong to the family of ducks and are mainly found in Northern and Central Asia and also in Europe. They are also among the earliest spring migrants, arriving at their nests as soon as the snow starts melting. They start their journey by February and continue through March, arriving in huge numbers in early April. Their diet varies with the season. In winters, they turn into vegan migratory birds surviving on tender shoots and grains while in the breeding season they survive on a diest of molluscs, worms, insects and their larvae.

This is the most dreamy variety of migratory birds thanks to Hedwig in the Harry Potter series. They look magnificent with pure white feathers spotted with brown spotting which screams of its Arctic origins. These birds are very territorial and would defend their nests against every predator, even the wolves. These migratory owls sometimes stay put year-round in their northern breeding grounds but are frequent migrants to Canada, the northern United States, Europe, and Asia. Availability of rodents, their favourite food,  may determine the extent of southern migration. In summers they are found in open fields, marshes, and beaches. They are heavy and strong and fast, having the ability to knock down a full-grown man. And no, they are not messenger birds.

One of the smallest birds in the world prepare throughout the year for their two long migration journeys, one Northwards and the other Southwards. They get their names from the humming sound their wings make when they soar in the sky. Although these birds travel in the same direction, they do it alone so as to avoid detection by predators. Since they are very small, they can only be distinguished only when they flock together. In spring, they migrate to the north from South America and Mexico up to Canada to get to their breeding grounds early enough to claim the best feeding territories. This hummingbird migration can begin as early as February in Mexico and finish in mid-May in Canada and Alaska. In the fall, they travel southwards between July and October. However, Anna’s hummingbirds are called the resident birds of the US and Cannada because they don’t really migrate.

The cuckoos are strategists and famous for their melodious voice. They travel to warmer climates due to food availability. The lesser cuckoos fly from Africa to India, and the common cuckoo of Europe flies non-stop over the Mediterranean Sea and the Sahara Desert on the voyage between Europe and central Africa. Instead of building their own nest, they use the nests of ‘host’ birds. When a female cuckoo finds a suitable nest she lays her own egg by removing one of the eggs of the host bird when it is not looking. The young ones have evolved colours so as to resemble the young of the host. For example, the Asian koels breeding in India has black offspring to resemble their crow hosts, whereas in the Australian koels the chicks are brown like the honeyeater hosts.

These Arctic shorebirds migrate in flocks over a distance of 19,000 miles every year often for seven to eight days without stopping or feeding. The stops along the way are therefore extremely important for their survival. The Red Knot’s migration takes it from one end of the hemisphere to the other often astounding ornithologists about its tenacity. Their diet consists of tiny mussels and clams, horseshoe crab eggs, and sea worms, making for a power-packed meal to replenish the in energy required for such long flights. Therefore, these tiny birds are facing threats to their survival due to climate change, overfishing and ocean acidification. These factors have compromised with the quality and quantity of food available in shorelines.

Even more impressive than the Red Knot birds, the Bar-tailed Godwit undertake the longest non-stop migrations of any bird. These birds have red breeding plumage and a long upturned bill helping them to feed on bristle-worms and shellfish on coastal mudflats and estuaries. They spend the Northern Hemisphere summer in the Arctic, where they breed and then make a long-distance migration southwards in winter to more temperate areas. To fuel this journey, they carry the greatest fat loads of any migratory bird so far studied, reducing the size of their digestive organs to do so.

In direct competition to the Bar-tailed Godwit, the Artic Terns are strongly migratory birds travelling to experience summers twice a year. From its northern breeding grounds, it travels to the Antarctic coast for the southern summer and back again about six months later. They are exposed to more daylight than any other bird on this planet. They eat fish and small marine invertebrates and are abundant in number, with an estimated one million individuals. They have clocked a mind-boggling 59,650 miles of flight from its breeding grounds in the UK to Antarctica and back again, the longest ever migration recorded.

The name “peregrine” means wanderer, and the Peregrine Falcon has one of the longest migrations of about 15,500 miles a year. Though some birds are permanent residents, many migrate. They have an incredible homing instinct that leads them back to favoured aeries. Some nesting sites have been in continuous use for hundreds of years, occupied by successive generations of falcons. One of the fastest diving birds, these solitary migrants prey on other small birds (like bats). To mate, Peregrines perform awe-inspiring aerial displays during courtship. The male engages in acrobatics, power-dives, roller coaster-like flights, and figure-eight flights to impress the female falcons, considered by falconers as the quintessential falcons.

The migration of Sandhill cranes from southern regions like Texas and New Mexico to summer breeding sites in the Arctic and subarctic is considered the most beautiful natural phenomena. The birds eat corn from the grain fields and then sleep on the sandbars on their way to the northern breeding grounds. One of its most noticeable features is the bright red patch on the forehead complemented by white cheeks. These Sandhill cranes spend most of their lives in freshwater wetlands, including marshes, wet grasslands and river basins. Sandhill cranes form a pair bond that can last for years until one of the cranes dies.

These beautiful birds today are losing their only way of survival, that is migration. The journey is unfortunately perilous. The loss of habitats due to human exploitation is the main threat to these birds as they rely on finding suitable breeding grounds as well as stopover sites on their route where they can rest and feed. This threat can have a drastic impact on their survival and hence should be checked.