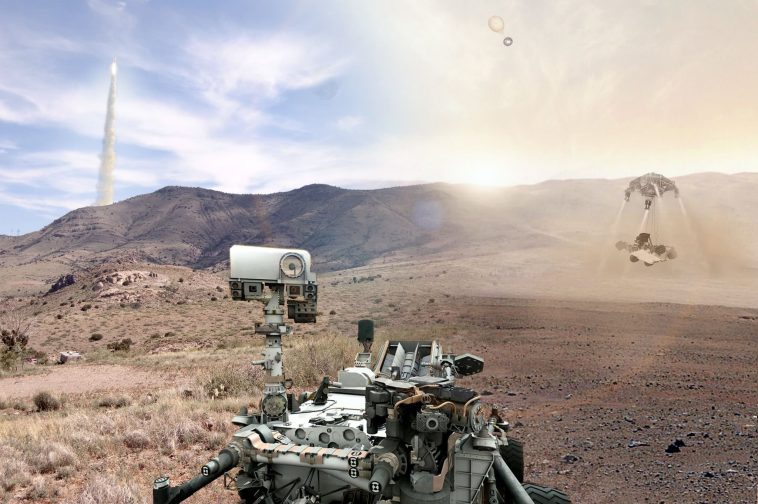 The renowned NASA or the National Aeronautics and Space Administration Agency is the prestigious U.S. governmental agency that excels in space exploration and research and development within and outside Earth’s atmosphere. NASA has been associated with many missions ranging from Aeronautics Research, Space Technology, International Space Station and space transportation, and programs to understand the origin, structure, and evolution of the Universe, the solar system, and the Earth. We will discuss missions in NASA’s history.

NASA has also been responsible for the development and launching of several satellites such as Landsat. NASA’s first human spaceflight program was Project Mercury in 1958. Below we explore the top 10 missions in NASA’s history.

Pioneer 10 was launched in 1972 and was NASA’s first mission to Jupiter and the outer planets. It boasts of several firsts to its name. It was the first spacecraft to go beyond Mars and escape the solar system into interstellar space. The Pioneer was also the first spacecraft to fly through the asteroid belt past Jupiter. It was designed to stay in space for 21 months, but it lasted more than 30 years.

Pioneer 10 is the first of five artificial objects sent in space to achieve the escape velocity needed to leave the Solar System. It sent its last signal to Earth in January 2003 from a distance of 12.3 billion km. As of now, Pioneer 10 is heading in the direction of the red star Aldebaran in the Taurus constellation. In case its signals are intercepted by intelligent life in space, it carries an informative plaque about the solar system, Earth’s location relative to 14 pulsars.

Pioneer 11 was the sister mission of the Pioneer 10. This robotic space exploration program was launched by NASA in 1973 to study the asteroid belt, the Jupiter and Saturn environment, cosmic rays, and solar storms. It was the first to explore Saturn and fly through the asteroid belt around Jupiter. Pioneer 11 is responsible for discovering Saturn’s F-Ring, and a new satellite 200km in diameter. It has also recorded the planet’s overall temperature at – 180C and has sent almost 440 photographs that suggest that Saturn was made of liquid hydrogen.

In November 1995, the NASA engineers received the last data signals from Pioneer 11. After leaving Saturn, Pioneer 11 is now headed out of the solar system in the direction of constellation Sagittarius, opposite to that of Pioneer 10. Both the Pioneer missions have been a spectacular success unmatched by any other space mission to date.

The Voyager space program employs two robotic crafts, Voyager 1 and Voyager. They were launched in 1977, when a favourable planet alignment of Jupiter, Saturn, Uranus, and Neptune occurs once in 176 years. The Voyagers conducted in-depth studies of Jupiter and Saturn, including Saturn’s rings, the moons, and the active volcanoes on Jupiter’s moon. They revealed details about the rings of Saturn, Jupiter, Uranus, and Neptune, with first detailed images of their rings. Voyager also discovered 23 new moons of the outer planets.

Voyager 2 was also designed to study the vastness and extent of our solar system. Voyager 1 and 2 completed 40 years of space operation in 2017. They continue to communicate with NASA daily despite their vast distance and can generate adequate electrical power for operation till 2025.

The Spitzer Space Telescope was launched in 2003 and retired in January 2022. It was an infrared space telescope and was one of NASA’s four great telescopic observatories. The other three are -the HST or the Hubble Space Telescope, the Compton Gamma Ray Observatory, and the Chandra X-ray Observatory. It used different wavelengths of light to create a complete picture of the Universe. Spitzer has revealed many new aspects of the Universe and the vastness of the cosmos.  After more than 16 years of studying the Universe in infrared light, the Spitzer Space Telescope’s mission has finally ended.

NASA’s Mars Exploration Rover (MER) mission was a robotic space mission. It had two Mars rovers, Spirit and Opportunity, exploring the planet Mars. It was launched in 2003 when the two rovers landed on Mars to explore the Martian surface. Spirit lasted for seven years, which is more than its original design until the mission ended in 2010. An opportunity has operated around Mars for almost 15 years. The rover’s last communication was made with Earth in June 2018, post which a massive planet-dust storm destroyed it on Mars.

The Chandra X-ray Observatory is an advanced space telescope designed and engineered by NASA, launched in outer space. The Space Shuttle Columbia deployed it in July 1999. It has been specially designed to explore exploded stars, galaxy clusters, black holes, quasars, and supernovas. All these are sources of high energy in the Universe, and the Chandra can trace the origin of X-ray emission from the burning regions of the Universe.  It has revealed a lesser-known side of the Universe through its pictures.

The Kepler Mission was another remarkable space telescope by NASA in 2009. Its primary mission was to discover Earth-size planets orbiting other stars in the Milky Way galaxy. Kepler stayed in its orbit for nine and a half years. It has led to the discovery of more than 2,600 exoplanets by observing more than 530,000 stars. In October 2018, the spacecraft ran out of fuel and was shut down the same day, bringing an end to its nine-year service.

The Viking program consisted of two space crafts, Viking 1 and Viking 2, sent to Mars. Each spacecraft had an orbiter to photograph Mars’ surface from its orbit, and a surface lander for planet study. The Vikings were sent on a mission to obtain high-resolution images of the Martian surface. They gave valuable data about the structure and composition of Mars’s atmosphere and surface and searched for evidence of life. Viking 1 was launched in August 1975 and arrived at Mars in June 1976. Viking 2 was launched in September 1975 and was turned off in April 1980 after irreversible battery failure.

The Cassini–Huygens space-research mission was a joint effort of NASA, the European Space Agency (ESA), and the Italian Space Agency to study Saturn, its satellites, and its ring system. It was launched in 1997 and landed on Titan, Saturn’s largest moon, becoming the first to enter its orbit. Cassini was the fourth NASA mission to visit Saturn. The mission has been successful in space for 20 years. It is known for various discoveries, such as finding Enceladus’s water jet eruptions and a few new moons for Saturn. The Cassini space probe finally ended in September 2017, when Cassini’s orbit began to burn up in Saturn’s outer atmosphere.

The Hubble Space Telescope is another feather in NASA’s cap. This advanced space telescope was launched in 1990 into low Earth orbit to discover galaxies beyond Earth. The Hubble remains in operation and is one of the most extensive research and communication tools for astronomy. Hubble was deployed in orbit by the Discovery Space Shuttle Discovery. It moves around the Earth at 28,000 kmph and takes 96 minutes to complete one orbit. The northern parts of Australia can actually see this telescope flying overhead in the sky due to its inclination towards the Earth’s Equator. It is one of the most powerful missions in NASA’s history.

These are the various Missions in NASA’s History that have opened new windows in the realm of space research and exploration. Equally noteworthy is NASA’s Appollo Mission to the Moon from 1969 to 1972. Neil Armstrong and Buzz Aldrin became the first humans to land on the moon. NASA has always been endeavouring to set new milestones in space research. Its most recent project has been the Mars Perseverance Rover in July 2022, which has the primary goal of determining Mars’s life potential.