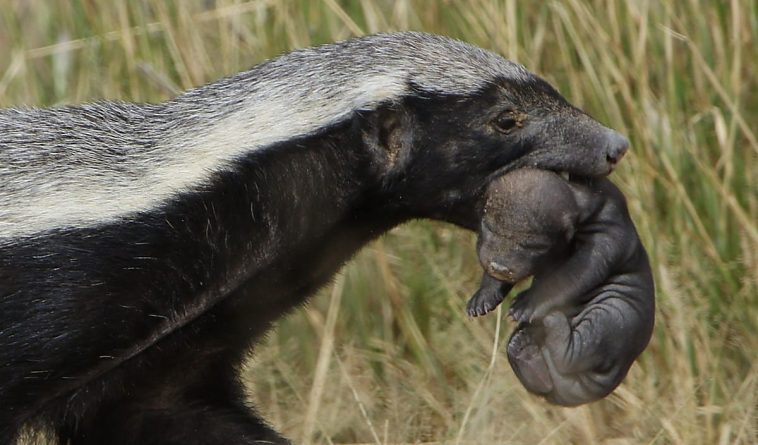 Some dangerous animals can strike terror into the hearts of people around the world like no other creatures. Their fearsome appearance, large size, and hostile, alien environment can all combine to make them appear ferocious and brutal. Lions, tigers, hippos, sharks, bison, snakes, crocodiles – their names are sufficient to send shivers down our spine. Their aggression attacks are scenes straight out of a nightmare. The sudden violence of their attack is truly a terrifying experience for the victim. Below we check out the most aggressive animals that can go to any extremes in their aggression.

It is widely regarded as a very dangerous animal, as it gores and kills over 200 people every year. The African buffalo is very aggressive and tends to attack humans. The Cape buffalo can be extremely dangerous, to the extent it is known as “Black Death”. When hunted by humans, buffalos circle back on their pursuers and counter-attack. They can charge suddenly, hook the victim with their horns and toss him into the air several times.

Black rhinos have been known to charge at trains passing through their territory. Black rhinos live a solitary life and can become very aggressive when their territory gets encroached upon. They are reputed for having a bad temper and are dangerous when they pick up the scent of a human in the African bush. They grunt and growl loudly during fights. They have powerful bodies and an angry rhino can knock over a vehicle with people inside.

One of the fiercest animals, the Wild Boar is also known as the wild swine or the Eurasian wild pig. It is native to Eurasia, North Africa, and the Greater Sunda Islands. Wild boar can be extremely dangerous with very sharp tusks and they constantly gnash their teeth together during a ferocious attack. This makes hunting them very dangerous. When wild boars attack, they attempt to charge and make its victim trip and fall to the ground. The powerful charge can dislocate a knee.

Black bears will try to first scarce their attackers by making mock charges, emitting blowing noises and swatting the ground with their forepaws. Mother bears defending cubs attack the most and are responsible for 70% of humans killed. They can stand up on their hind legs and knock victims over with their paws. The most dangerous part of the attack is when they bite them on an arm or leg and snap on the victim’s head.

The Cassowary is a bird native to the tropical forests of New Guinea, the Maluku Islands, and northeastern Australia. It is said to be the most dangerous bird in the world, known for its dagger-like claws. The Cassowary has been known to kill human beings with slashing blows of its feet and claws. Attacking cassowaries charge, kick, and head butt and sometimes jump on top of the victim.

Sharks are aggressive to anything that may steal their kill or encroach upon their territory.  They are also aggressive towards other sharks to show dominance to the extent of cannibalism. The great white is known to be an aggressive predator. It has an extremely muscular body and can chase down some of the fastest swimmers in the ocean. Tiger Sharks and Bull Sharks are also dangerous predators. Shark attacks are vicious and brutal.

The honey badger is renowned for its aggression and will take on opponents far larger than itself. Whether going up against a cobra or a cape buffalo, they are the ultimate brawlers, and if cornered, they will fight to the death, even with the lions. They are incredibly tough. Their thick hide makes them impervious to most attacks, such as bee stings, porcupine quills, and snake bites. Similarly, venom has little effect on them. When bitten by a venomous snake, a honey badger will merely fall asleep for a period and wake up later as if nothing happened.

This extremely dangerous and venomous snake has a reputation as a formidable and highly aggressive species. This snake is native to sub-Saharan Africa. The black mamba will attack humans when it feels threatened or cornered. They hunt by biting their prey and injecting venom, then releasing it. They then follow it until it becomes paralyzed or dies. It takes the prey a few seconds to die after being bitten by a black mamba. Once the prey is dead, they will eat it.

The hippopotamus, despite being a herbivorous animal, can be very dangerous because of its aggressiveness. They are the animals that cause maximum human victims in Africa. Hippos are aggressive creatures, and they have large and sharp teeth and tusks that they use for fighting. With very heavy bodies, at up to 3000 kg, they can crush a human to death.

Sun bear is the snmallest species of bear mostly seen in the regions of Southeast Asia includes Malaysia, Thailand, Cambodia, Vietnam, Laos, India, China, Borneo and Sumatra. The species is shy and hence the exact number in the wild is unknown, howvever, the population has been decreased drastically because ofd poaching and deforestation. It can reach upto 4 to 5 feet in length and 60 to 150 pounds in weight. Talking about the appearance, the body of the bear has been covered with black or grey in color with a U-shaped patch of white, yellow or orange fur on the chest looks like the rising sun and hence the name.The average lifespan of the sun bear is 25 years in the wild and over 30 years in captivity.

Wolverine looks similar to the small bear, howvever, it is listed as the largest mammal of the weasel family. It is mostly seen in the arctic and subarctic areas of North America, Canada, North Europe, Russia and Siberia. The primary reason being they prefer cold and snowy boreal forests, taiga and tundra. The looks can be also compared with Beagle or Cocker Spaniel but they are more muscular then dogs. The tail is unique that can gro upto 7 to 10 inches long. Wolverines have poor eyesight but their sense of senses of hearing and smell are excellent which helps them in finding the prey more easily. The average lifespan of the wolverines in the wild is between 7 and 12 years.

Killer Bees are also known as Africanized bee or Africanized honey bee is a hybrid of the western honey bee and the Iberian honey bee. It is one of the most aggressive animals by its nature because they are more defensive compared to other varieties of honey bees and even react to disturbances faster than European honey bees. It is dangerous and can give 10 times more stings than from European honey bees. Killer bees are responsible for killing approximately 1,000 humans.

These are some of the most aggressive animals walking on this earth or inhabiting the seas. Some animals do not look scary and do not quickly turn into rage. But when they do, they can become very aggressive animals and can attack viciously.