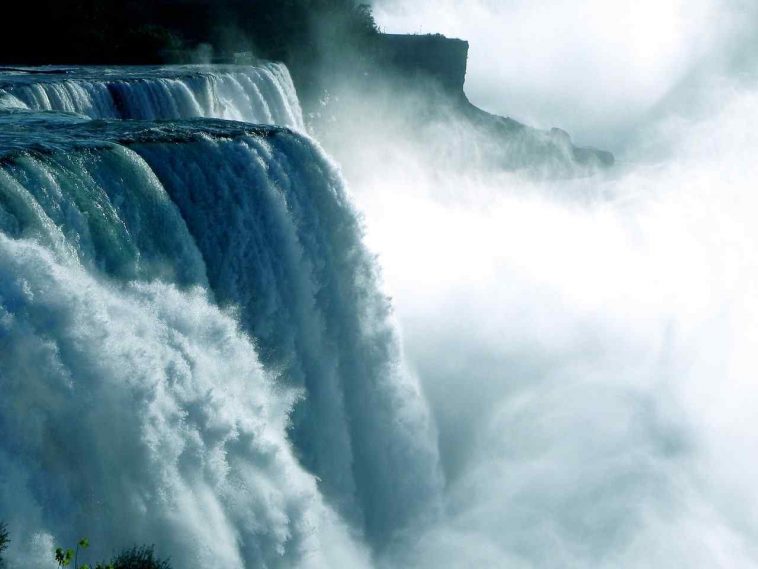 Being the second-largest country in the world by area, Canada boasts of the longest coastline in the world. A country of extremes- extremely cold temperatures, thousands of freshwater lakes, polar bears, maple syrup and ice wine, this is one of the most beautiful places to visit in Canada. Canada is known for its diverse population and the majesty of the Rockies and the Arctic. You will find the snow in all its wonders during the winters when the temperatures plunge several degrees below zero. With all the natural wonders, and scenic beauty present in one place, Canada indeed is full of beautiful places that can make any traveller go crazy.

Check out these beautiful places to visit in Canada and get lost in the beauty of nature.

Beautiful Places to Visit in Canada

Niagara Falls is the second-largest fall in the world. It consists of three waterfalls at the southern end of Niagara Gorge, between Ontario, Canada, and New York, USA. The largest is the Horseshoe Falls or the Canadian Falls, which falls towards the Canadian side, while the American Falls and the Bridal Veils Falls are towards the American side. The Falls make a tremendous sound as the water falls down at the bottom.

Whistler is a small town, located in the spectacular Coast Mountains of British Columbia, north of Vancouver. This houses the Whistler Blackcomb, one of the largest ski resorts in North America. The Whistler Village is vibrant with all kinds of tourist facilities, accommodation to suit every budget, hiking trails, spas, and a fantastic mountain bike park. The area offers gorgeous snow activities like skiing, snowboarding, tobogganing and skis jumping at the Olympic Park, which was a venue for the 2010 Vancouver Winter Olympics.

Québec City (Ville de Québec) is the second-most populous city in the province and represents the old-world charm. Known for its classical architecture and a distinctive European feel, the city’s notable traditional architecture is located in Old Quebec, within the fortifications. There are 37 National Historic Sites of Canada in Quebec City, chief among them being Fortifications of Quebec, Fort Charlesbourg Royal, the ancient Notre-Dame-des-Victoires church, Quebec Auditorium, and several ancient stone cottages and buildings.

Tofino is a small district on Vancouver Island, off Canada’s west coast. It sprawls on a peninsula within Clayoquot Sound and has a wide-spread display of wild natural scenery including lakes, inlets, and ancient rainforest. Its sandy beaches at Cox Bay, Chesterman Beach, and, the popular Long Beach, offer year-round surfing facilities. Tofino has a long whale watching season, and you can have fun on a Whale Watch Tour on a Whaler boat.  It starts with a mind-boggling 20,000 Grey Whales swimming past the shores in spring on their annual migration trip.

Churchill is an unspoiled travel destination where you can seek out wild polar bears on an official Tundra Buggy. This is a town in northern Manitoba, Canada, on the west shore of the Hudson Bay, much farther from the city life. Churchill can sometimes witness the magnificent Aurora Borealis or the Northern Lights. This sub-arctic region is on the migration trail of polar bears, and the town developed a sizable tourism industry focused on polar bear sighting tours. While polar bears are a winter attraction, thousands of beluga whales, which move into the warmer waters of the Churchill River are a major summer attraction.

Montréal is the largest city in Canada’s Québec province. Set on an island in the Saint Lawrence River, it has Mt. Royal, the triple-peaked hill at its heart. Montreal is a French-infused city popular for its festivals, arts, and excellent North American cuisine, and is the cultural capital of Canada. There are about 250 theatre and dance companies, and more than 90 festivals celebrated here, chief among those being the Festival International de Jazz de Montréal.

7. The French city of Canada, Vancouver

Vancouver is a bustling west coast seaport in British Columbia. It is an ethnically diverse Canadian city, filled with the beauty of colourful murals and breathtaking attractions. It is a popular filming location and has thriving art, theatre and music scene. Vancouver has everything from colourful downtown neighbourhoods, to culturally diverse suburbs and mountainside districts. The city houses the Vancouver Art Gallery, which is known for its works by regional artists, and also the Museum of Anthropology.

Gros Morne National Park lies on the west coast of Newfoundland, in eastern Canada. Gros Morne is a peak in the Long Range Mountains and has a trail overlooking the Ten Mile Pond gorge. The place is full of desert-like tablelands with unusual rock formations. The place is filled with fjords and waterfalls, like the Western Brook Pond lined with cliffs and waterfalls, and the Pissing Mare Falls. The place offers several guided hiking and walking tours that will provide an off-grid, authentic experience in the wild inaccessible areas of the mountains.

Nova Scotia is a Maritime Province and is famous for its high tides, lobsters, fish, blueberries, and apples. It has the Cape Breton Island, one of the world’s must-see islands.  It is home to the world-renown Cabot Trail.  The natural beauty of the highlands attracts several tourists and encourages outdoor activities such as golfing, kayaking, hiking, cycling, and whale watching. You can hike and camp in the Cape Breton Highlands National Park. You can also check out the Bay of Fundy, which has over 160 billion tons of water movement twice every day.

Yellowknife is the capital city of Canada’s Northwest Territories. It was named after a local Dene tribe once known as the “Copper Indians” or “Yellowknife Indians”. It lies on the north shore of Great Slave Lake, with exquisite views of the northern lights in fall and winter. Being close to the Arctic Circle, this place has about six weeks of 24-hour sun in the summers. The Northern lights can be observed for up to 240 days a year when the sky is dark. Yellowknife also has a Festival of the Midnight Sun in late June.

These are the top 10 beautiful places to visit in Canada. Kindly share and do post your comments.