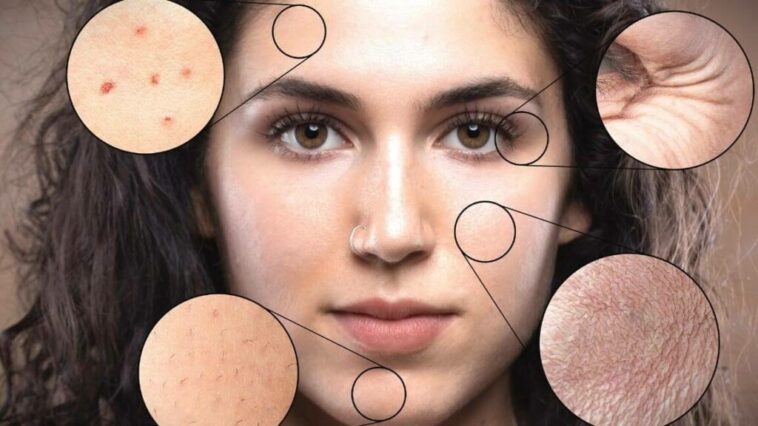 Skin disorders can stem from both genetic and environmental reasons. And if you are naturally blessed with nice skin, then you need to take good care of it to prevent problems like acne and blemishes.

Most people have a skincare routine that consists of cleansing, toning, moisturizing, and applying a sunscreen lotion every time they step out in the Sun. However, beyond this, you need to make a visit to a dermatologist to know if your skin is healthy and fine. You can find here a skin care clinic that offers a comprehensive range of treatments for all major skin-related problems.

Some Common Disorders Of The Skin That Everybody Should Know About

It is a common disorder of the dermis, and most people suffer from this condition at some point in their life. Acne appears as tiny bumps on the face that can have white, black, or even red heads. It is caused by the blockage of a hair follicle. The follicle can get blocked due to the deposition of oils or dead cells in it.

Since a blocked follicle is the cause of the disease, the treatment includes keeping the face clean. Most acne heals by itself, and a simple solution like washing and cleansing the face regularly can help manage the condition better. In some extreme cases, a doctor may prescribe salicylic acid or peroxides to treat the disease better.

It is a condition that is characterized by irritation and inflammation in the skin. At times the irritation can cause itchiness. Itchiness, in turn, causes the dead cells to come off as flakes. Since the major problem with this disorder is that the body surface becomes itchy, the symptoms can be managed by regular application of moisturizers.

It is a condition that shows symptoms like blisters on the skin. The dermis becomes very vulnerable, and in case the blisters burst, the only treatment is carefully dressing the wound. It is a genetic condition, so this condition cannot be cured completely, and only the symptoms can be managed.

The disorder starts showing symptoms right after the birth of the person. And most doctors suggest couples undergo a perinatal diagnostic test to check if their future child can suffer from this disorder.

This is a disorder that shows symptoms like the scale-like appearance of the skin. It is a genetic condition, and the severity of the disorder varies depending upon the type of ichthyosis. In most patients, the symptoms are so mild that the patient does not even realize that they are suffering from a disease. However, in some cases, the illness can be pretty serious, and it can be fatal if the symptoms are not managed in a prompt manner.

It is a disorder where the body surface shows tiny red bumps. At times these bumps might be filled with pus. In some cases, the skin might thicken. However, most people who suffer from this condition think that they are suffering from acne because the symptoms are very similar.

It is a condition that is characterized by a rash-like scaly patch in the skin. It is a genetic condition, and the scaly patches are concentrated near the joints that are near the knees and elbows. In most cases, steroids are used to manage the symptoms.

It is a disorder where patches of the skin lose their normal coloration. It occurs in people of all skin colors, but the symptom looks more predominant in people who have dark skin tones. The condition is not severe, and most of the time, only the appearance of the affected person is compromised.

The treatment does not cure the condition; however, the symptom can be managed to some extent. Most doctors prescribe wearing a good sunscreen lotion when stepping outside the house. Other treatment options include the use of steroids.

This is not exactly a disease of the skin, but the skin is the most affected in this condition. Blood vessels, like the tiny arteries that supply blood to the skin, become extremely narrow when the temperature falls. Hence, the affected patch of the body feels numb and cold due to an inadequate supply of blood. In many cases, the surface turns pale or bluish in color due to the inadequate supply of blood to the affected areas.

The tips of the nose, ears, etc., are the most commonly affected parts. In most cases, the symptoms of the disorder are pretty mild, and most patients do not require medical intervention. However, in some cases, when the numbing is caused as a secondary effect of another disease, then it is better to consult a medical professional.

Ringworms are not exactly worms, but they are fungal infection that affects the skin. The disease gets its name from the ring-like appearance on the body. It is a highly contagious disease, and if a person comes in contact with an infected animal or with the clothes of an infected person, he is very likely to get the disease himself.

The most common treatment is the application of antifungal creams. The infection usually subsides within a week of starting the treatment.

Skin conditions can show mild symptoms that may resolve on their own, but sometimes the condition can become life-threatening if early medical intervention is not sought. Most people ignore skin disorders or apply cosmetics to cover up for the problems. However, self-medication can be harmful, and a professional can find out the root cause of the condition and treat it accordingly.