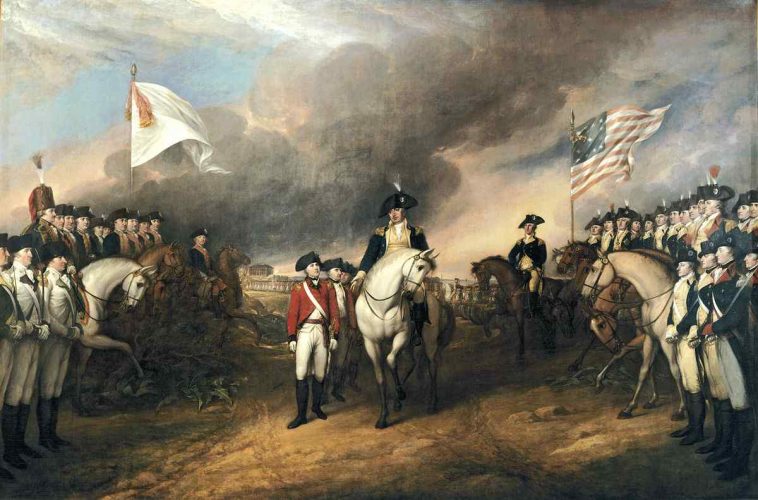 Wars and battles have been significant in shaping the course of world history. Invasions and conquests by renowned warriors have not only redefined territorial borders but also marked seizes. The saga of brave knights and valiant warriors has been written down and propagated through centuries. Poets and authors have sung praises of these known as well as unknown heroes. They have created some of the most memorable literary works in history. We will discuss the most famous battles in history.

Today, we will walk down the aisles of history to explore the top 16 most famous battles in history that took place in the world over the last couple of centuries.

Most famous Battles in History

Troy’s siege has been listed as one of the iconic legendary battles in the history of  Greek mythology. The Achaeans waged the Trojan War against Troy. The war is one of the most important events in Greek mythology and has been narrated most notably in Homer’s Iliad. The war site was today’s Western Turkey.

Several battles marked the siege of troy. It lasted more than ten years until the morning of the eventful Trojan horse. The Greek armies retreated from their camp. As part of a plan, they left a large wooden horse outside the gates of Troy. After much debate and despite warnings, the Trojans pulled the mysterious gift into the city. When night fell, the horse opened up. A troop of Greek warriors, led by Odysseus, climbed out. They sieged Troy from within, bringing the war to an end.

This was the most treacherous battle in world history in terms of the death toll and the killings. It resulted in about 2 million violent casualties when the Mongols sacked Baghdad’s city under Hulagu Khan. Baghdad’s Caliph was forced to surrender to the Mongol forces. Upon his refusal, the violent Mongols ransacked the city. Within 12 days, the blood-bathed city was under the Mongol control, bringing an end to the golden age in Arabia. The outbreak resulted in massive destruction of significant monuments and the population of Arabia.

The Battle of Agincourt was one of the English victories in the Hundred Years’ War. It took place in October 1415 near Azincourt, in Northern France. King Henry V of England led his troops into battle while the French forces were led by various prominent French noblemen of the Armagnac party. 80 % of King Henry’s army comprised of the English and Welsh archers skilled in the use of the longbow. England won against the superior French army, which gave a significant setback to France, and started a new period of English dominance in the war. Agincourt is one of England’s most celebrated victories.

The Siege of Orléans was the turning point of the Hundred Years’ War between France and England. It was the French royal army’s first major military victory after the crushing defeat in the Battle of Agincourt in 1415. The French won the siege of Orléans, France, in May 1429, mainly because of Joan of Arc. She was a young French peasant who led her country to fight in the Hundred Years’ War. Under her supervision, the French defeated the invaders. The win saved France from centuries of British rule.

5. Battle of Yorktown of the American Revolution (1781)

On September 28, 1781, General George Washington began the siege known as the Battle of Yorktown against British General Lord Charles Cornwallis. He commanded 17,000 French and Continental troops, against 9,000 British troops at Yorktown, Virginia, in the most crucial battle of the Revolution. Lord Cornwallis surrendered to George Washington as French and American forces trapped the British at Yorktown. The British surrender at the Battle of Yorktown proved significant in ending the American Revolutionary War.

The Battle of Trafalgar was a naval engagement fought by the British Royal Navy against the combined fleets of the French and Spanish Navies during Napoleon’s War of the Third Coalition. This was one of the most decisive naval battles in history, where the British fleet under Admiral Lord Nelson defeated the combined French and Spanish fleets led by Napoleon Bonaparte at the Cape Trafalgar, fought off the coast of Spain. The British devastated the enemy fleet in merely five hours of fighting. They destroyed 19 enemy ships. 1,500 British seamen were killed or wounded in the heavy fighting. Victory at the Battle of Trafalgar ended Napoleon’s quest to invade Britain.

The Battle of Waterloo is noted for Napoleon’s forces being defeated by the British and Prussians. This marked the end of his reign and France’s domination in Europe. Napoleon advanced significantly in the French army during the French Revolution. He had seized control of the French government in 1799 and became emperor in 1804. At Waterloo in Belgium, Napoleon was defeated by the Duke of Wellington. About 25,000 French soldiers were killed or wounded and 9,000 captured, while the allies lost about 23,000. This war brought an end to the Napoleonic era of European history.

The Battle of Antietam was a battle of the American Civil War. It was fought on September 17, 1862, between General Lee’s Army of Northern Virginia and Union General McClellan’s Army of the Potomac, near Maryland and Antietam Creek. This battle was part of the Maryland Campaign, and the first field army–level engagement in the American Civil War. No side was a winner in the Battle of Antietam from the military view. North America claimed victory as Lee’s army was forced to retreat from Maryland and the Union. Also, the Confederacy was not recognized as a legal nation by Great Britain and France. It also led to President Lincoln issuing the Preliminary Emancipation Proclamation on September 22, 1862.

The Nazis invaded the USSR in the summer of 1941. During World War II, German forces began their 872-day siege of Leningrad, a major industrial centre and the USSR’s second-largest city. The blockade resulted in the deaths of about one million of the city’s civilians and Red Army defenders. The city sustained damage due to artillery attacks, air raids, and the struggle of famine. In January 1944, a successful Soviet campaign drove the Germans westward from the city, ending the siege. In 1945, the Soviet government awarded the Order of Lenin to Leningrad.

Operation Barbarossa was the code name for the Nazi invasion of the western Soviet Union to repopulate it with Germans. Hitler, who regarded the USSR as his natural enemy, aimed to destroy its armies, and capture its vast economic resources. This was the beginning of a campaign that would ultimately decide the Second World War. It started on June 22, 1941, during World War II. German and other Axis troops attacked along Russia’s 1,800-mile front. 148 divisions of the German army, 2700 aircrafts, and 3400 tanks participated in the battle.

Battle of Stalingrad was fought in the year 23 August 1942 to 2 February 1943 between Germany and its allies fought the Soviet Union to get the control of the German city Stalingrad which is now Volgograd located in Southern Russia. It is one of the famous battles in history with over 2 million total casualties. Germany was defeated in the war and later the German High Command had to withdraw the military forces from the western front to accept their losses.

Battle of Hastings is one of the oldest battles fought on 14 October 1066 between the Norman-French army of William, the Duke of Normandy and the English army. By this war, it was the beginning of the Norman conquest of England and taken ownership of approximately 11 kilometres northwest of Hastings which is now close to the town of Battle, East Sussex.

The First Battle of Panipat was fought in the year 21 April 1526 between the invading forces of Babur and the Lodi dynasty. The war was started in northern India and marked as the beginning of the Mughal Empire. After defeat by the forces of Babur, this was the end of the Delhi Sultanate. This is also listed as one of the oldest war in history that involved gunpowder firearms and field artillery in the Indian subcontinent. These gunpowder firearms and field artillery has been introduced by Mughals in the state. It is one of the most famous battles in history.

The Third Battle of Panipat of fought on 14 January 1761 at Panipat around the north of Delhi, between the Maratha Empire and the invading Afghan army of (Ahmad Shah Durrani). The Afgan army was supported by the three Indian allies namely the Rohilla (Najib-ud-daulah), Afghans of the Doab region, and Shuja-ud-Daula. The Maratha army wa sledge by Sadashivrao Bhau who was third in authority after the Chhatrapati, who was the Maratha king and the Peshwa who was the Maratha Prime Minister. The forces led by Ahmad Shah Durrani came out victorious after destroying several Maratha flanks.

The Battle of Tours which is also known as the Battle of Poitiers and the Battle of the Highway of the Martyrs was fought on 10 October 732 and listed as one of the most important battles during the Umayyad invasion of Gaul. The war has been won by the Frankish and Aquitanian under the leadership of Charles Martel over the Umayyad Caliphate.

At first, the Germans were victorious. But the Russian army took advantage of the severe winters and counterattacked, forcing the Germans onto the defensive. This operation resulted in Hitler’s first defeat in the war. These were some of the most famous battles in history due to the turning points they created. All these battles created milestones in history and are world-renowned for their generals and happenings.