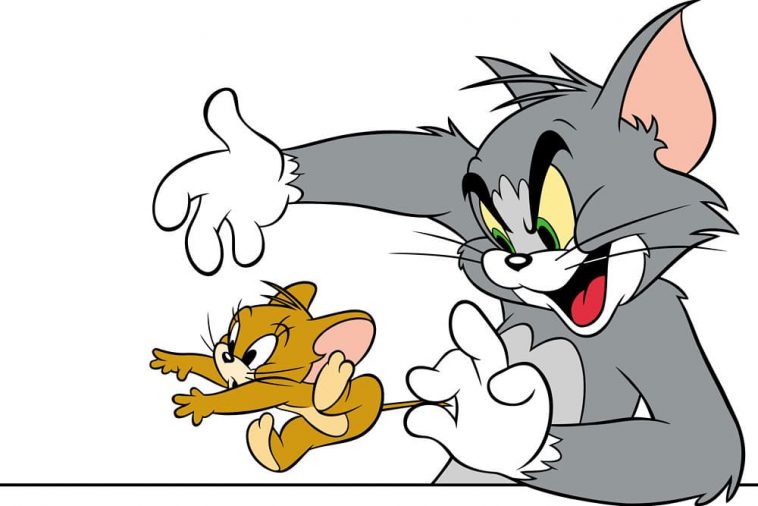 Childhood is the golden period of one’s life. It is the time when kids love to stay in the mystic world of cartoons and animations. Cartoons are not only for kids but adults also equally adore these lovely creatures. All of us have grown up along with the dreams of our favourite cartoon characters. Dogs, cats, mice, ducks, and fish- there has been a wonderful pack of cartoon animals to entertain us on screens, books and comics. We, humans, adore pets and love to see animals as characters in fictional stories and cartoon shows. Here is a list of some of our favourite cartoon animals. Check this out to know what makes these animal cartoons so popular and appealing.

This world-famous carton of a mouse has been entertaining millions of people around the world since 1928. The mascot of Walt Disney World, the master entertainer Mickey Mouse is known all over the world in its bright red shorts and large yellow shoes. Disney’s lively animations and live-action cartoons are filled with the pranks and antics of this beloved mouse who has taken our hearts away along with his friends the Donald Duck, Minnie Mouse, and pet dog Pluto.

The most famous duck in the world, Donald Duck is a white duck with a large yellow-orange bill that appears onscreen dressed in a sailor’s cap and shirt. Donald Duck has appeared in more than 225 cartoon movies. First introduced in 1934, he is Mickey Mouse’s barnyard friend and is known for his upbeat attitude towards life. June 9th is observed as the National Donald Duck Day every year as this was the day when Donald made his screen debut. Donald’s close friend, Daisy Duck, along with his nephews, Huey, Dewey, and Louie, continue to rule the hearts of one and all.

Winnie-the-Pooh, lovingly also known as the Pooh Bear was a teddy bear cartoon created by English author A. A. Milne. Walt Disney World licensed Winnie the Pooh stories in 1961 and it became one of the most successful Disney franchise. Pooh is portrayed as slow-witted, but he is also friendly and thoughtful. Along with his friends Eeyore the donkey, Piglet, Tigger the tiger, Kanga the Kangaroo with her baby Roo, Pooh Bear has given some memorable stories that have lasted across decades. Pooh is acknowledged to have a clever idea sometimes that can help people in need.

Peppa is a cheerful and outgoing pre-school pig who participates in many energetic activities. Every day, she learns something new and has a lot of fun with her family and friends. With her daily dose of snorts and giggles, Peppa rocks her world with her Daddy pig, Mummy pig, her brother George, and a long list of friends that include Emily Elephant, Zoe Zebra, Suzy Sheep, Danny Dog, Molly Mole, Candy Cat, and Mandy Mouse.

Bugs Bunny is an animated rabbit cartoon character created in the late 1930 s. Bugs Bunny has starred in roles in the Looney Tunes and Merrie Melodies series of animated short films, produced by Warner Bros. He is friends with Lola Bunny and together they share a series of interesting adventures, famous for his carrot chewing scenes. Together, they have appeared in more than 160 short animation films.

Tom and Jerry are a pair of cat and mouse that are famous for their friendly rivalry. Their tales have been made into a series of comedy short films created by William Hanna and Joseph Barbera since 1940. This American animated franchise is best known for its 161 theatrical short films by Metro-Goldwyn-Mayer. The series revolves around a bitter-sweet friendship between the title characters Tom, a cat, and Jerry, a mouse. The two share several sweet adventures and have been enthralling the audience with their pranks for almost 80 years.

Tweety is a popular yellow canary from Looney Tunes and Merrie Melodies series of animated cartoons. This was created by Warner Bros. The name “Tweety” originally meant “sweetie”, along with “tweet” that stands for the sounds of birds. He has a large yellow head and is often depicted as a gentle and sweet character. He is often shown being chased by Sylvester the cat in the Looney Tunes and Merrie Melodies series of cartoons.

Hello Kitty or kitty White is a fictional character produced by the Japanese company Sanrio. Hello Kitty is a female Japanese Bobtail with a red bow and no mouth. Sanrio introduced the character in the USA in 1976. Kitty has featured in a variety of products ranging from school supplies, toys, bags, and fashion accessories. Several Hello Kitty TV series, have been produced, that display the adventures of this Kitty. There have been 3 anime films on Hello Kitty. There have also been Kitty related online games as well as several puzzles and adventure games.

Garfield the cat became a popular American comic strip created by Jim Davis. It was originally published in 1976. Along with Jon Arbuckle, his human owner and Odie, the dog, Garfield are portrayed as a lazy and fat orange cat. He loves to eat lasagna and sleep and hates Mondays, fellow cat Nermal and exercise. Today, Garfield features on a line of clothing, toys, games, books, cruises, and movie DVDs. It is interesting to know that in 3 countries –Sweden, Norway, and Finland, Garfield is not named as such but Gustav.

He is the world-famous and adorable fat Po the Giant Panda. He is a kung fu enthusiast, who accidentally gets selected as the Dragon Warrior. He is Mater Shifu’s favourite student at the Jade Palace. He then teams up with the Furious Five to destroy the evil forces that threaten the Valley of Peace. Po’s generosity, strength, and will-power make him the king of hearts of people all over the world.

These are some of the most famous cartoon animals who have stolen our hearts with their mischievous pranks, sweet smiles, and funny caricatures. Their comic stories have been entertaining us for decades and till today, do not fail to surprise and excite us.