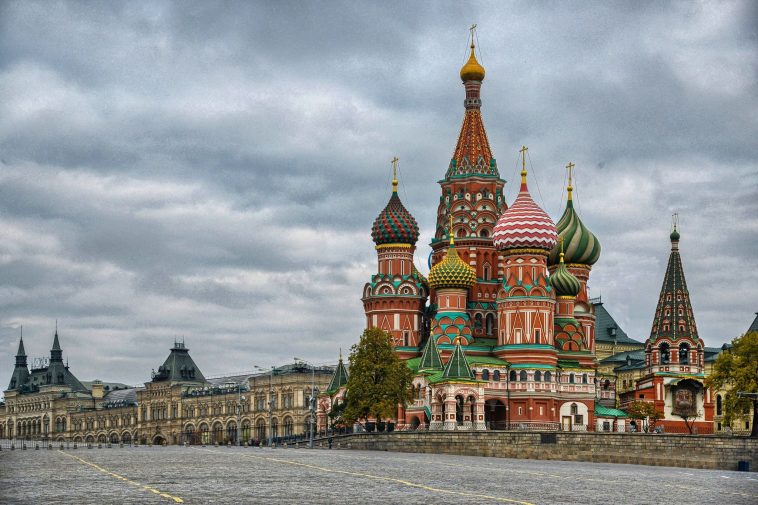 Famous Churches In The World

Notre Dame de Paris which translates as the Our Lady of Paris or popularly known as Notre Dame is a Catholic cathedral located in France. It was constructed during the middle ages between the years of 1163 to 1345. Upon its completion, it came to be viewed as an architectural marvel. This famous church stands out due to its impressive towers, tall spires, exquisite stained glass and fine sculptures.

The cathedral is dedicated to the Virgin Mary and is regarded as the best example of French Gothic architecture. Notre Dame de Paris also has one of the world’s largest organs and is known for its immense bells. Unfortunately, this famous church was severely damaged in a fire in April 2019 and the enthralling spire was completely destroyed. The fire arose when renovation work was being carried out. It is one of the most famous churches in the world.

Saint Peter’s Basilica is a famous church located in Vatican City, which is a papal enclave located within the city of Rome in Italy. It is the most famous example of renaissance architecture and is the largest church in the world. According to Catholic tradition, the basilica is the site where St. Peter, one of the twelve apostles of Jesus Christ, is buried. Consequently, it is viewed as an important pilgrimage site by Christians and hosts many liturgical events. It was constructed between the years 1506 and 1615. Michelangelo, the famous renaissance artist and architect constructed the magnificent dome of this basilica.

St Paul’s Cathedral is a famous church situated in London, United Kingdom. The church is constructed on the site where an earlier church dedicated to St Paul and dating back to 604 AD stood. The present church was completed in 1675 and designed in the English Baroque style by Sir Christopher Wren. The construction of the church was part of the rebuilding program for the city of London, when several buildings were destroyed in the Great Fire of London, including the original cathedral which is now referred as the Old St. Paul’s Cathedral. This famous church is the seat of the Bishop of London and is situated on top of Ludgate hill which the highest point in the city of London.

One of the greatest and famous churches, Westminster Abbey, formally known as the Collegiate Church of Saint Peter at Westminster,  is a famous mediaeval church situated near the Westminster Palace in Greater London. It was constructed in 960 AD and rebuilt in the 13th century in the Gothic style. It has been the site of coronation as well as the burial of British monarchs. It is now designated as a world heritage site by UNESCO. It was visited by Pope Benedict xvi and is the first Church in the United Kingdom that was ever visited by a pope. Princess Diana’s funeral was also held at this famous church.

The Basilica de la Sagrada Familia, more popularly known as Sagrada Familia is a large unfinished Roman Catholic basilica located in  Barcelona, Catalonia, Spain. Though it is built in the Gothic style characteristic of the medieval era, the construction of the structure began much later beginning in 1882.it was designed by the Catalan architect Antoni Gaudi whose contribution to this famous church is recognised as a World Heritage structure by the UNESCO. The completion of the project was interrupted by the Spanish Civil War, and to this date, this famous church remains incomplete. In 2010, Pope Benedict xvi consecrated the church and declared it to be a minor basilica.

Saint Mark’s Basilica is a famous church located in Venice, Italy. This cathedral was constructed during the 11th century and is one of the finest examples of Byzantine architecture. It was originally used as a private chapel by the Doge of Venice and became the city’s cathedral only in 1807. It is famous for its gold ground mosaics and is informally known as Chiesa d’Oro ( Church of Gold). It has several elements of the Venetian style of Italian Renaissance artwork and for centuries was considered a symbol of Venetian wealth and influence.

The Cathedral of Vasily the Blessed is also known as Saint Basil’s Cathedral is a famous church located in Red Square in Moscow, Russia. Many Russians view this famous church as a symbol of their culture and country. It was built between the years of 1555 to 1561 during the reign of the Russian Tsar “Ivan the Terrible.” It was declared as a World Heritage site by the UNESCO in 1990. During the state atheism policy and anti-religious campaigns of the Soviet Union, worship at the Church was prohibited. After the dissolution of the Soviet Union, Orthodox Christian prayer ceremonies were allowed since 1997.

Church of Nativity is a basilica located in Bethlehem, Palestine. It is of utmost religious significance to Christians and is a site of pilgrimage as it is regarded as the birthplace of Jesus Christ. The original church was commissioned by the Byzantine Emperor Constantine in 326 AD, but this structure was later destroyed in a fire. A new church was built in its place by Emperor Justinian in the 6th century. This church is the oldest known church in the Holy Land. Over centuries, the compound of the church has been expanded and now it contains three monasteries: one of Roman Catholic, one of Greek Orthodox and one of Armenian Apostolic. UNESCO recognized the Church of Nativity as a world heritage site in 2012.

The Church of Holy Sepulchre is located in the Christian quarter of the Old City of Jerusalem. The church is a major site of pilgrimage for Christians. This famous church is constructed on the hill where Jesus was believed to be crucified and was later buried (the Sepulchre). The earliest structure was constructed in the 4th century. The control of the church is divided among several denominations which include the Roman Catholic, Greek Orthodox and Armenian Apostolic, and to a lesser extent the Coptic Orthodox, Syriac Orthodox and Ethiopian Orthodox.

The Hagia Sophia was a famous church constructed in the Byzantine era in Constantinople, in what is today known as Istanbul, Turkey. It was commissioned by the Byzantine Emperor Justinian the Great and was completed in 537 AD. On its completion, it was the largest structure in the world and was regarded as an architectural marvel of its time. It is considered the finest example of Byzantine architecture. It served as an Eastern Orthodox Church and served as the main seat of the Patriarch of Constantinople until 1453 when the city of Constantinople was captured by the Ottoman Empire under the Seljuq Turks who converted the Holy church into a mosque. In 1935 it was converted into a museum which it remains till date.