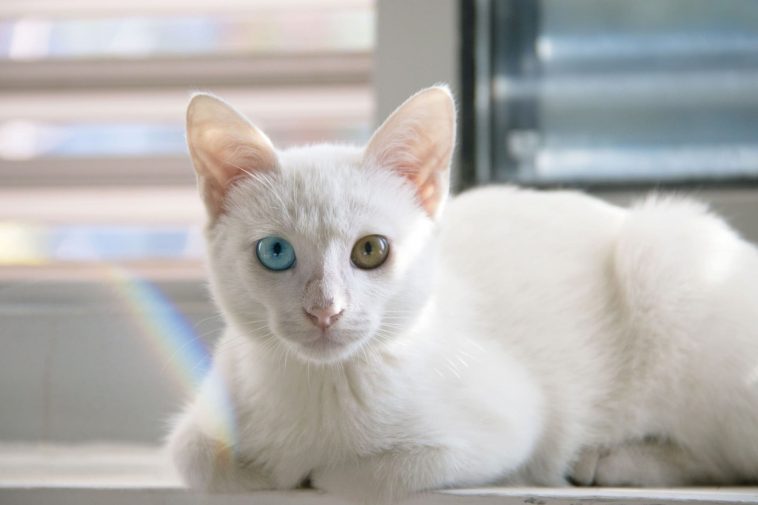 Our Earth is inhabited by thousands of animals and birds, each known for its uniqueness and speciality. Some of the animals come from their class of beauty and sheer elegance. These animals display gracefulness not only in their appearance but also in their movement, poise, and habits. The elegance of the swan and the American Bald Eagle, the pinkish hues of the flamingos, the deer’s stride, the gallant stallions –the list of graceful animals and their features of grace is indeed an interesting one. Below we present the top 10 most graceful animals that will leave you to mesmerize with their charm.

One of the best looking animals, The White Swan has always been represented as a traditional symbol of beauty and grace. According to ancient Greek mythology, these white swans were sacred to Aphrodite, and also to Apollo, the god of music. The Swan as a spirit animal is supposed to help you develop your intuitive abilities. The Swan is a symbol of purity, beauty, and grace. It is a beautiful white bird that belongs to the waterfowl species. Known for their graceful long neck and majestic swimming styles, these birds symbolize divination and balance.

We have all known the peacock as one of the most beautiful birds with the most vivid and wonderful shades of blue and green. One step ahead in the representation of beauty and elegance is the White Peacock, which is a rare species of the blue peacock. Native to Indian jungles, the White peacock has beautiful white feathers and blue eyes. Its dazzling whitetail can be up to 5 feet long. When a white peacock spreads its full tail in its full glamour and luxury, it is a natural extravaganza!

A popular horse breed from Friesland, Netherlands, the Friesian horse is a graceful and nimble creature. Capable of running up to 55 mph, these horses are vastly used as riding and racehorses and also for light farm work. This breed has an elegant, brisk trot and long, arched neck, a shiny well-chiselled muscular body. They have a long and thick wavy mane that further adds glamour to their body. These calm and gentle creatures are among some of nature’s graceful creatures. It is one of the best draft horse breeds in the world.

The White Lion is a rare species of the South African lion. Although their white colour is a result of recessive genetics, these beautiful carnivores set their graceful standards. They have a pure white to ivory-coloured fur and sharp, pointed ears. They inhabit the African savannahs and are extremely rare species. White Lions are being put into zoos and animal studying facilities so that they can be monitored as their numbers are fast declining.

The Bald Eagle, popularly recognized as the national emblem of the United States, is another elegant bird. These regal birds inhabit North America and can be found along coasts, rivers, lakes, and reservoirs in many states. They are not really bald but have white-feathered heads that gleam in contrast to their chocolate-brown body and wings. A bald eagle soaring at heights in solitude is a graceful sight. They gather by the hundreds in winter and chase other birds for their food. Once endangered, Bald Eagles have now flourished under protection.

This is a commonly spotted deer species native to the Indian sub-continent, which is also known as a Chital. These deer have a golden-brown coat dotted with white spots, and white patches on their throats. Male deer have three-point antlers. They are similar to the elks in many habits and are very vocal animals that inhabit the grasslands and riverside forests in herds. They have sharp bellow-type calls to communicate, and they are highly social animals.

A proud member of the feline family, the Jaguar inhabits habitats in North America and parts of South America. They are swift and agile hunters and can kill in one leap. They are very good swimmers and can climb trees as well. They are recognized by their beautiful and elegant coats that are golden-brown in colors with dark rosettes or spots that resemble a rose-flower pattern. A jaguar’s rosettes have dark spots inside them as well. It is also listed as one of the animals with the best pattern.

This beautiful and one of the best waterfowl birds, the Flamingo inhabit the Americas, Africa and most of Asia and Europe. These big birds have bright pink feathers, and long, slender legs. Their S-shaped neck and large wings add a further touch of beauty. Flamingos mostly dwell in herds and wading groups near water areas. You can find flocks of flamingos in hundreds in long, curved flight formations in the sky, which is the most beautiful sight to behold. Flamingos fly with their long necks and large wings outstretched. You can find them standing one leg in the water, which is often a measure to preserve body heat.

One of the animal species that are most affectionate animals towards humans, the Persian cat is the most elegant member of the cat world. It is a long-haired breed of cat with a fluffy, round face, chubby cheeks, and a short muzzle. It is also known as the “Persian Longhair” or the Shiraz cat. This is a popular breed of pedigree cats, which are friendly, loving and trustworthy. These cats command an air of royalty and require high maintenance as pets. The Persian cat is the most beloved cat breed in the world, credited for its sweet personality and beautiful appearance.

These foxes are small desert foxes native to the Sahara regions in the African continent. They are also Algeria’s national animal. These foxes have a thick, silky, reddish-white coat and unusually large ears. Their big ears allow them to stay cool in the desert heat and also help them to hunt for food, even if it is underground. They travel in packs and can burrow in shade during the day, by digging tunnels. They are fast and agile and very good at jumping.

These are some of the most graceful animals that inhabit our planet and grace our natural surroundings with their touch of beauty and elegance. If you are planning a trip, keep these animals on your bucket list and do look out for them for a lifetime experience.