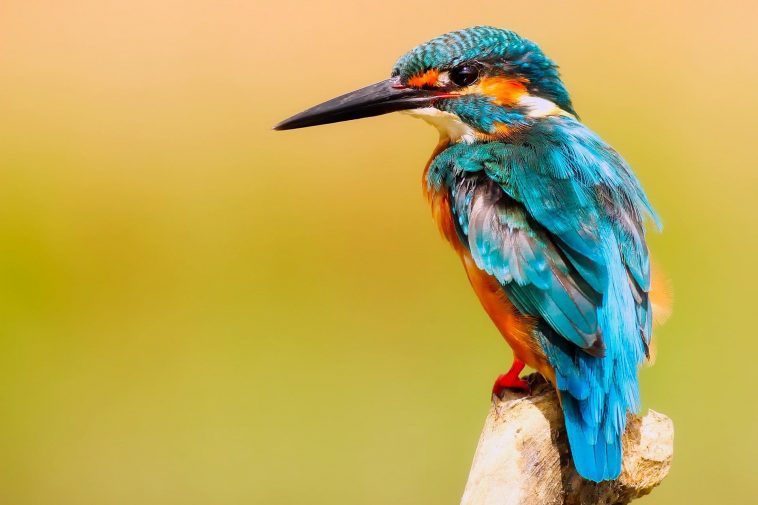 We love birds. These bundles of colour and joy hold a unique mystique and wonder as they fly across the sky and hunt and search food. The kingdom of birds on our earth is characterized by feathers, beaks, toothless jaws, and the laying of hard-shelled eggs. Most of these birds are capable of flying owing to their strong, lightweight skeleton. Birds live in diverse habitats. You can find them everywhere- in deserts, mountains, forests, near the bodies of water, and even in the icy tundra. Most birds never leave their living places, but some others migrate to warmer countries when the weather changes. There are more than 100,000 living species of birds currently existing on the planet, all with varied characteristics. We will discuss the most popular birds in the world.

Toucans are brightly coloured type of birds with large, colourful bills. There are over 40 different species of toucans existing today from Southern Mexico, through Central America, into South America south to northern Argentina. Toucans make excellent pets and are friendly, playful, and intelligent birds. The Toco toucan is the largest and best-known toucan species. It is native to South America’s tropical forests. Its oversized, colourful bill is its main feature of attraction and is one of the world’s most popular birds. These birds can grow up to 25 inches long, with their bill covering nearly half of their length. It is also listed as one of the best looking animals in the world.

Macaws are long-tailed, brilliantly coloured members of the parrot family. They have a vibrantly coloured plumage and are inhabitants of the Central and South American rain forests. These birds have large and powerful beaks to easily crack nuts and seeds for food. Macaws are intelligent and social birds that live in flocks of 10 to 30 individuals. They are known for their loud calls and squawks that can echo through the dense forest. There are at least 17 species of macaws- Scarlet Macaw and Hyacinth Macaw are some popularly known ones. Several are endangered species. Scarlet Macaw is one of the beautiful birds of Brazil.

Kingfishers are small to medium-sized, brightly colored birds with most species found in the tropical regions of Africa, Asia, and Oceania. They have 114 species currently. A Kingfisher has a large head and a long, sharp, dagger-like beak. They are very brightly colored. Their wings are a bright blue or green color and their tail is of deep blue color. Their underparts are bright orange with a small, white bib on their necks. Shovel-billed Kookaburra is a popular species of kingfisher with a large, shovel-like bill. It uses it to dig prey from the soil. A Kingfisher has excellent eyesight to detect prey in the water and is a skillful hunter.

Parakeets consist of about 115 species of seed-eating parrots of small size, slender bodies, and long, tapering tails. The Australian budgerigar, also known as “budgie”, is the most common parakeet. A happy parakeet can tweet a song, or even mimic sounds they hear often. They are affectionate and loving pets. They can bond with their owner and enjoy being handled. Many different species of parakeets are sold as pets. There are about 16 known types of parakeets, divided into two groups- blue and green. Blue parakeets generally have a lot of blue and white feathers. Green parakeets generally have a lot of green and yellow feathers.

One of the best waterfowl birds, Flamingos are a type of wading bird and are distributed throughout the Americas, Africa, Asia, and Europe. Flamingos are famous for their bright pink feathers, and long stilt-like legs. They have long, S-shaped necks and shovel type bills. They can hold their bent bills upside down while feeding. There are only 6 species of Flamingos existing in the world today. The Greater Flamingo is the largest flamingo species that can measure up to 5 feet tall when standing erect.

An eagle is a majestic bird of prey with a large, hiked beak, powerful talons, and strong legs. They have always been identified as a symbol of majesty and power and were often represented on Greek and Roman coins and flags. There are about species of eagles. The Bald Eagle is the official national bird of the United States. Harpy eagles are the large and crested eagles that can grow up to 1 m in length. They are native to South America. The Martial Eagle is large and powerful enough to kill jackals! There are Sea Eagles as well, that live near water bodies and feed on fish. It is also considered as one of the best animals in the world.

Seagulls are found along with coastal areas all around the world-North and South America, the Caribbean, Europe, Australia and even around Antarctica. Seagulls are very intelligent birds. They hunt and prey on fish and produce rain-like sound with their feet to attract earthworms hidden under the ground. Seagulls are known to steal food from other birds, animals, and people. They have a complex communication system that uses vocalizations and body movements. The seagull represents a carefree attitude and freedom in Native American symbolism.

Owls are nocturnal birds of prey birds. They have an upright stance, a large, broad head, and a binocular vision. They have sharp talons and their feathers adapted for silent flight. In many cultures, owls are considered as omens of bad luck, ill health, or death. Owls are intriguing birds that easily capture our attention. Owls can rotate their neck round up to 270 degrees. Barn Owls swallow their prey whole and can eat up to 1,000 mice each year.

Ducks are mostly aquatic birds. They are relatively small, short-necked, large-billed waterfowl. Their legs are placed rearward and they may be found in both freshwater and seawater. Ducks are generally divided into three major groups-dabbling, diving, and perching ducks. The mallard is a typical dabbling duck and is one of the most popular game birds. Perching ducks, like the Muscovy and the Wood duck, inhabit wet woodlands and perch on branches using their long-clawed toes. The diving ducks are the sea ducks that include the greatest number of marine species.

Penguins are a group of aquatic flightless birds. They live almost exclusively in the Southern Hemisphere in the Antarctic region. Only one species, the Galápagos penguins, is found north of the equator. There are 17 existing species of penguins. Penguins have a dark and white plumage and possess flippers for swimming. They are accomplished swimmers and are the fastest swimming and deepest diving species of any birds. They can stay underwater for up to 20 minutes at a time.

These are some of the most popular birds in the world. We know them and love them for various features and reasons. These beautiful birds continue to intrigue us and remain a source of joy and adventure to most of us.