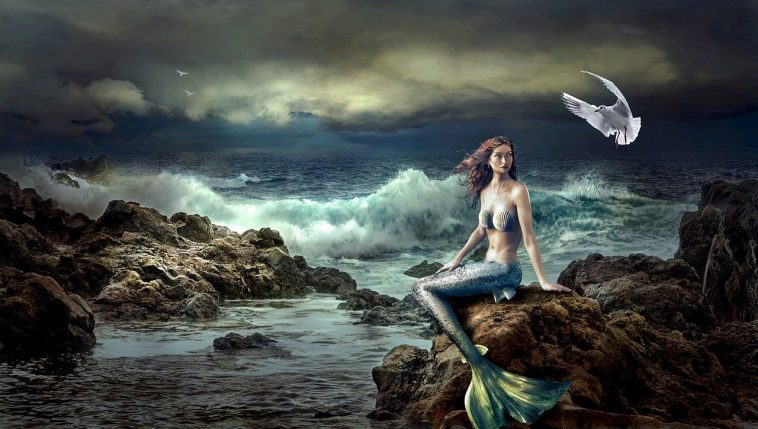 Legends and myths have always kept us intrigued since childhood. The stories of the heroes, gods and monsters, supernatural animals and warriors with mystic powers and roles have had a mesmerizing effect on us and keep us craving for more and more of this old world charm. These dramatic episodes and scenes from Ancient Greek and Roman mythology can provide rich and exciting ideas for art, drama, and storytelling.  Animals and birds constitute a large number of legendary, mythical and mythological creatures. They can be a fabulous creature or beast, with supernatural powers, or a combination of animal and human, with a special purpose in life.

Below we present the top 16 mythical animals that are not only interesting to learn about but have also left behind beautiful messages and stories about their existence in the mythical stories. Check them out.

The Phoenix is a renowned mythical animal from the Greek and Roman legends. This mythical bird is recognized for its beauty as its immortality and has a blazing plumage of colors – red, orange, yellow, and gold, that symbolize the fire element. It symbolizes eternal life, transformation, death, and rebirth in its fire. It is believed that when a Phoenix dies in its fire, it will rise again from the ashes soon. A Phoenix was considered a powerful mystical creature with supernatural Combustion powers. In human form, it could incinerate anything with a single touch.

Another creature from Greek mythology, the Centaur was considered to be half-man and half-horse. The Centaur had a human head, arms and torso and the body and legs of a horse. The Centaur has been frequently represented in Greek architectural sculpture and is also the main feature in their pottery decoration. It symbolizes masculinity, power, and toughness, and Centaurs were considered to be brave, loyal warriors.

The Leviathan is a mythical sea serpent from Jewish belief, referenced in the Hebrew Bible in the Psalms, Book of Job, the Book of Amos and the Book of Isaiah. In the Old Testament, Leviathan appears in Psalms as a multithreaded sea serpent that is killed by God. In Isaiah, Leviathan is a serpent and a symbol of Israel’s enemies. Leviathans were God’s first creations, that came into existence before angels and humans. They could transform into the person they were in contact with. They were sea monsters who could so use hair instead of physical contact to assume a person’s identity.

Pegasus was a mythical beautiful winged divine horse. It is the most recognized creatures in Greek mythology. Pegasus was the offspring of the Olympian god Poseidon. Pegasus flew to Mount Olympus and placed himself in the service of the chief God, Zeus just after his birth. From his birth to his death, Pegasus’s origins and life symbolized the divine inspiration.  Riding this divine stallion was synonymous with “flying” to the heavens. Pegasus was represented as a goodhearted, noble creature that played a key role in the journey to heaven.

A dragon has always been depicted as a large snake-like legendary creature. It has appeared in the folklore of many cultures around the world. Beliefs about dragons have often been depicted as a four-legged mythical creature that breathes fire and has wings and horns. Belief in dragons has evolved independently in Europe and China, the Americas and Australia as well. Where European cultures depict the dragon as an aggressive fire-breathing creature that causes havoc, the Chinese consider the dragon as a spiritual and cultural symbol for prosperity, harmony and good luck.

The Griffin is a legendary creature with the body, tail, and back legs of a lion, the head and wings of an eagle. The griffin’s combination of the characteristics of a lion and an eagle represents courage and boldness, and it always stood boldly against powerful fierce monsters. The Griffin also stands for strength, courage, and leadership.  They had the strength of a lion, and the enhanced sight of an eagle, and could also fly.

The unicorn is a legendary creature that has kept children and adults in awe for ages. It has been described as a pure white magical horse with a single, pointed, spiral horn projecting from its forehead. This mystical horse is hard to catch and a very rare find and legend have it that people with an absolutely pure heart can only see it. This mythical creature had the power to render poisoned water potable, heal sickness, and had magical powers.

The Minotaur is a mythical creature from classical Greek mythology. It has been portrayed with the head and tail of a bull and the body of a man. The Minotauros or the Minotaur was a bull-headed monster born to Queen Pasiphae and Minos of Krete. It was the offspring of Pasiphae and a bull sent to Minos by the god Poseidon for sacrifice. The creature resided in a twisting maze underground where it was offered a regular sacrifice of young people to satisfy its perpetual hunger. This beast was eventually killed by the hero Theseus.

The Kraken was a legendary sea monster that looked like a giant squid. Its story originated from Scandinavian folklore, where the Kraken takes the shape of a number 8 which is the symbol for infinity when drawn on its back. This represents a life without end and it is also thought to be a sacred animal. The Kraken attacked and harassed ships with its strong arms. It was said to haunt the seas from Norway through Iceland and Greenland, as per Nordic folklore. It was a horrifying creature that had starfish-like suckers.

The Sphinx is another mythical creature from classical Greek mythology with a human’s head and a lion’s body. According to Greek tradition, the sphinx had a woman’s head, a lion’s body, and a bird’s wings. Today, the Sphinx is a mysterious marvel from ancient Egypt in Giza. The Great Sphinx is one of the world’s largest sculptures, measuring 240 feet long and 66 feet high. It features a lion’s body and a human decked with a royal headdress. It symbolizes strength and wisdom.

Mermaid is one of the most well known mythical animals with the appearance of an aquatic creature with the head and upper body of a female human and the tail of a fish. It is believed that in ancient Assyria, the goddess Atargatis transformed herself into a mermaid for accidentally killing her human lover. Mermaids are also associated with events like floods, storms, shipwrecks, and drownings. Mermaid is a female however, the male version is known as a merman who is also has a figure in folklore and heraldry.

Loch Ness Monster also is known as Nessie is also an aquatic creature which is used to live in Loch Ness, a lake in Scotland. According to the scientific community, Loch Ness Monster has been considered as a phenomenon without a biological basis and sights can be compared with hoaxes, wishful thinking, and the misidentification of mundane objects. Affectionately, it is known as Nessie and the first modern discussion has been launched in the 1870s when D. Mackenzie claimed to have seen something “wriggling and churning up the water”.

Kitsune is a Japanese word for Fox. There are stories in Japanese that depict legend dary foxes as intelligent beings and can even possessing paranormal abilities which are increasing with age and wisdom. According to Yōkai folklore, all these foxes has the ability to shapeshift into human form. Talking about history, Foxes and humans lived close together in ancient Japan and because of this companionship, legends like Kitsune appear in the form of mythical animals.

According to Greek mythology, Cerberus is also known as the hound of Hades which is a multi-headed dog who was deployed as the guards gates of the Underworld to prevent the dead from leaving. It is believed that Cerberus was the offspring of the monsters Echidna and Typhon and appearance can be described with three heads, a tail, and snakes protruding from multiple parts of his body. It is also known for its capture by Heracles who is one of Heracles’ twelve labours.

Werewolf is considered as a human who has the ability to shapeshift into a wolf. It will shapeshift either purpose or when placed under a curse or affliction on the night of the full moon. This ability to change or believing is known as lycanthropy. Werewolf is also a good concept in European folklore which appear in many variants during the development of a Christian interpretation of covering European folklore in the medieval period.

Hydra is one of the popular mythical animals which is also known as the Lernean Hydra is the offspring of Typhon and Echidna according to the Greek poet Hesiod’s Theogony. Talking about the appearance, It looks like a gigantic water-snake-like monster with nine heads and one of which was immortal. The creature emerges near Árgos and anyone who made an attempt to behead the Hydra came to a conclusion that when one head chopped off, two more heads would emerge from the fresh wound.

These are some of the well-known mythical animals that have always captured our hearts and captivated our minds with their mystique and wonder. Myths and legends have revolved around these creatures since ancient times and given us some memorable stories. These are the best known mythical animals, Kindly share and do post your comments.