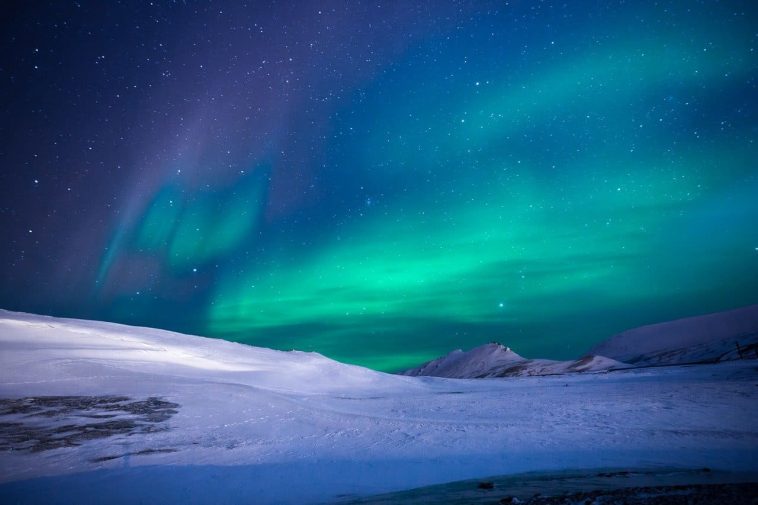 Nature is always full of wonders. We have read a lot about man-made wonders that have been acclaimed for their beauty and expertise. But Nature has its own natural wonders that have been made because of natural resources like water, heat, rocks, and ice, and have existed over centuries. Whether it is the sky, the seas, the landscape, or flora and fauna, it is a daunting task to just select one piece of Nature’s art to claim it as the best.  Here is a list of ten natural wonders of the world that will fill you with both awe and mysticism for Nature.

Natural Wonders of the World

Acclaimed as the highest mountain in the world, Mount Everest sits at a whopping 8,848 m above sea level. It is situated on the Nepalese and Tibetan border. Mount Everest is made up of sedimentary and metamorphic rocks. These rocks have merged with the continental crust of the Indian plate southwards when the Indian mainland with the Asian continent during the Cenozoic collision. It is estimated that even today, the Himalayas, the mountain range of which the giant Mount Everest is a part, is rising by 5mm per year. The Everest attracts several mountaineering expeditions from across the world. Mount Everest is so high that its peak extends into the upper troposphere and penetrates the stratosphere, making it susceptible to extremely high-speed winds.

Antarctica is located deep down south in the Southern Hemisphere. It is the largest cold desert in the world and known for its extreme climates and vast stretches of the polar ice cap. The continent contains tall Gamburtsev Mountains that exist 600 m below the ice in East Antarctica, extending to over 1,200 km. Antarctica also boasts of the largest sub-glacial lake, Lake Vostok, which is located 3.5 km below the continent, and the largest melting glacier, the Pine Island Glacier, that is the chief cause of rising sea levels in the world.

True to its name, the Great Barrier Reef is the largest coral reef system in the world. It stretches for more than 2300 km in the Coral Sea, off the coast of Queensland, Australia. It consists of more than 3000 reefs and 900 islands. It is the only structure on Earth that can be seen from space. This massive structure has been solely designed by and is the world’s most giant single structure made by living organisms or coral polyps. The Great Barrier Reef has a rich marine life and colourful corals with green sea turtles, manta rays, sea snakes and clownfish. You can visit this living masterpiece, and swim, snorkel, or dive here.

Located in the high country mountains of northern Arizona in the USA, the iconic Grand Canyon is renowned for its towering cliffs and colourful layers of schist rocks, which are nearly 1.75 billion years old, much older than the dinosaurs! The Colorado River and its tributaries run through it, cutting across the stones and widening and deepening it further. This canyon is 1.6 km deep and is 16km across on an average, extending across 446 km. It is essentially an inverted, 6,000ft, 277-mile-long mountain range; with towering stone walls reaching the sky. The canyon is located inside the Grand Canyon National Park.

The Victoria Falls are located on the border between Zimbabwe and Zambia in Africa. As the Zambezi River crosses the border, it plunges 108m metres down in a stunning, 1.7 km wide waterfall wide. This is the largest waterfall in the world, though not the highest or the widest. The falls are also called Mosi-oa-Tunya, which means “Smoke that Thunders” in the local African dialect. Victoria Falls is roughly twice the height of North America’s Niagara Falls and more than twice the width of Horseshoe Falls. It is only rivalled only by the Iguazu Falls.

The Amazon is the largest river in the world by volume, with approximately 20% of the world’s total river water. The river originates from the Mantaro River in Peru and moves across a stunning 2780 km to finally drop into the Atlantic Ocean. The Amazon Basin is the largest river basin in the whole world that covers 7 million sq km. The Amazon Rainforests represent more than 50% of the Earth’s remaining rainforests. They have unparalleled biodiversity with over 3,000 recognized species of fish, and many more still to be discovered.

The Galápagos Islands is a vast, volcanic archipelago in the Pacific Ocean that covers more than 8000sq km area. It’s the world’s foremost destinations for wildlife diversity and ecological research. They lie about 1,000km off the Ecuador coast. These isolated islands are home to thousands of plant and animal species; many found nowhere else. This is a double World Heritage site for both land and sea ecology. Charles Darwin visited the islands in 1835 that later inspired his Theory of Evolution.

The Grand Prismatic Spring is a stunning hot water spring in Yellowstone National Park in Wyoming, United States, known for its striking colouration. The spring is 110m wide and 50 m deep. The spring contains water that is rich in minerals, and there are dense mats of microbes on its rim that give it bright, vivid colours. The spring takes a beautiful orange and red colour, while the winter months make it assume a beautiful green colour. These colours depend on the ratio of the plant pigments of chlorophyll and carotenoids in the microbial mats and the temperature gradient.  The centre of the pool looks a bright blue and has extreme heat. It discharges an estimated 2100 litres of water at about 70degrees in a minute!

The Aurora Borealis is also known as the Polar Lights or the Northern Lights and the Aurora Australis in the Southern Hemisphere. This is a magnificent natural light display, like huge shimmering curtains across the night sky, predominantly seen in high-latitude regions. These lights are caused when electrically charged solar particles from the magnetosphere collide with gases in the Earth’s atmosphere, causing those gases to emit light.  You can witness these lights in Canada and Alaska, the Scandinavian countries, Iceland, Greenland and Russia, and down south in Queenstown, Mount Wellington and Victoria in Australia.

The Serengeti ecosystem is located in northern Tanzania and extends to south-western Kenya. The protected region includes approximately 30,000 km2 of land that also houses the Serengeti National Park and several game reserves. The Serengeti hosts the second most massive movement of land animals on the planet which has made it as one of the Seven Natural Wonders of Africa, and as one of the ten natural travel wonders of the world.

This African Safari spectacle is the most breath-taking events in the animal kingdom,  with millions of wildebeest and zebras running to migrate 500 km from Serengeti in Tanzania to the Masai Mara National Reserve in Kenya.

These are some of the fascinating natural wonders of the world. Created and managed by Nature, these wonders have survived centuries of existence without human intervention. These natural wonders continue to be a source of awe, curiosity and magnificence in the world.