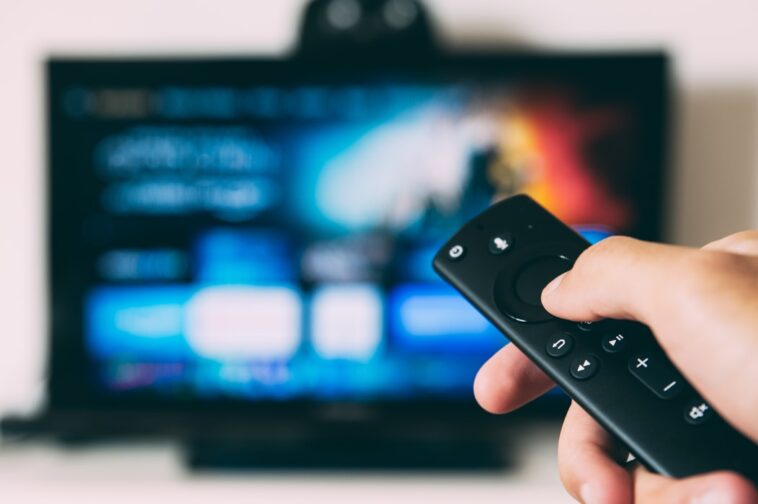 Though movie buffs may still wait for a big Hollywood release to hit movie theatres, most people expect immediate access to entertainment. Until the past five years, most had a single cable subscription that connected them to hundreds of channels of TV shows, documentaries, movies, and more.

Today, it’s more common for households and individuals to subscribe to a single network that has its own streaming platform. For everyday movie lovers and fans of popular series, this hasn’t changed the game up too much.

Behind the scenes, film studios and performers and industry experts alike have had to recalibrate swiftly to stay afloat in this new era of total, instant access. Rather than selling movie rights to a cable network, they’re hashing out long-term deals with services like Netflix and Hulu. And, in both cases, streaming services are also opening their own production studios.

There’s another realm of video streaming, which caters to viewers who want access to live streams from individuals and entertainers. This is the realm of Twitch.tv and other services like Owncast.

In the past five years, gamers like Ninja, shroud, and Tfue have kickstarted multi-million-dollar careers by live-streaming their gaming exports. Thousands tune in to watch them play games like Fortnite and Counter-Strike in real-time, communicating with one another in the Twitch chatroom for a truly dynamic and innovative entertainment experience.

Inversely, it’s also possible to play live games remotely. Though Twitch gamers make their name by attracting subscribers who watch them play live, gamers can also get in on the action themselves—though not via console or PC games. Since more casinos have launched online platforms, live casino games such as UnibetCasino have gained in popularity for those who prefer to game at home.

From the comfort of their living room, players can access live roulette and more—but the world of live streaming gets much stranger than yelling at a roulette wheel. Companies like Owncast (and even Twitch) allow video bloggers and live streamers to build an audience for whatever theme they choose, so long as it follows platform guidelines.

In addition, to live casino games, there’s a stream for puppets to play one another in Dungeons & Dragons (Perception Check), a stream for watching wild animals dig into meals left in backyards (CritterVision), and a stream covering the antics of a newborn cat litter (Adorable Stars).

Today, if there’s an odd hobby, there’s likely a TV show dedicated to covering or a live streamer delivering daily content on it. But which streaming service is best for each need? Let’s take a closer look.

Twitch is easily the best game streaming platform—and that’s because it was invented by gamers, for gamers. In fact, the original iteration of Twitch.tv, Justin.tv, was the first platform of its kind when it was released in 2007.

From a technical standpoint, Twitch is full of robust features that are the result of slow, decade-long evolution. This makes curating a stream easy. Additionally, Twitch is the largest gaming platform in the world, which means newcomers can easily bite into the existing base of viewers.

Even for those interested in finding a live streamer to follow, Twitch offers the most in terms of interaction and community-building. It’s a great place to learn new skills or waste a few hours. And, from a competitor’s standpoint, not even Microsoft’s Mixer could threaten Twitch. So far, YouTube’s streaming platform or Facebook Gaming has been able to attract defectors—at least not so far.

Looking for something a bit more mainstream than Fortnite battles and CritterVision? Most consumers are. In 2018, Caffeine was launched to bring gaming, sports, and other entertainment to live stream viewers in search of more familiar content—and a bit more curated, too.

Caffeine produces high-quality live streams related to esports, sports, gaming, and live entertainment like concerts, then streams these to their audience. The platform has focused much of its attention on chat features, which creates an interactive community to watch an event like the Super Bowl on.

Owncast is looking to cut into Twitch’s ownership of the live streaming sector by giving power back to live streamers. Those who stream on Twitch are bound to its guidelines and terms of service, but Owncast allows users to have complete control over their own streaming content.

The platform works with broadcasting software and storage providers to help a streamer build their own unique stream, from chatbots to private servers. So far, Owncast has been one of the most innovative alternatives to Twitch, showing promise that it could someday compete with big-name streaming platforms.

Those with even a passing interest in starting their own live stream should look into Owncast, as its designed to help newcomers set up shop with all the right tools.

Similar to Twitch, it’s hard to beat Netflix when it comes to movie streaming because the service was a pivotal player in the move away from cable subscriptions. Additionally, as mentioned above, Netflix has also pored ample resources into creating content its viewers will like to see.

So far, projects like The Last Dance and The Witcher have proved incredibly popular (though other projects, like The Ridiculous 6, have flopped). Even so, there’s no better platform when it’s time to catch an incredible movie given the site’s long (and ever-expanding) list of films.

Some would point back to Netflix even when it comes to TV shows, as their content list is larger. However, since Netflix has begun producing its own shows, the quality of its network programming has lagged.

Hulu, on the other hand, seems to have a solid grasp of both. In addition to producing its own successful hit shows like The Handmaid’s Tale, PEN15, and Castle Rock, Hulu has remained dedicated to bringing network programs to those who miss the days of cable television.