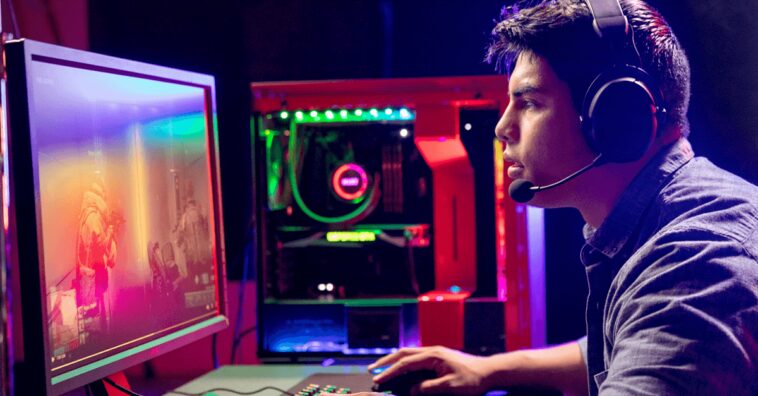 We can easily say that the gaming industry is one with the highest growth in both numbers of people and overall profits. Just the fact that Esports is so highly popular is enough to conclude this, but the impact video games have on society, in general, and even how we perceive certain things is immeasurable. On the other hand, we all have some genre or a game we are fond of, and some like strategies, while others are more open to some run-and-gun type of games. Now, this is nothing unusual, as our personality plays a huge role in which game we will like, and that is something we will discuss further.

In order to explain the connection between our personalities and the gaming preferences we could have, we need to start from the basics and explain what personality is and how it affects our choices. There are many different theories, which make it even more complicated for laics to understand, and because of that, we will mention the two most popular ones – the Big Five Model and the Five Factor Model of Personality.

Both of them are based on the assumption that our personalities and the way we will react in a certain situation are not determined by one factor, and there are five of them that affect our reactions, and all of them are represented differently in each person, which makes each of us a unique individual.

These two theories both contain factors such as Conscientiousness, Extroversion, Neuroticism, and Agreeableness, and the difference is that in the Big Five, we have Intellect, while in the Five Factor Model of Personality, we have Openness to Experience. However, although there are no two individuals with the same personalities, there are some with similar ones, and regarding the combination of the more dominant factors, we will develop a specific style of thinking and behaving, which will also affect our gaming preferences.

Although five different factors determine our personality and affect our judgment, behavior, and thinking, three make the difference between gamers and non-gamers, which is important for this topic. Factors that determine whether someone will become a gamer are Conscientiousness, Extroversion, and Neuroticism, and we will describe them further to explain these differences.

When it comes to Conscientiousness, we can see the lower levels in gamers, as their behavior is characterized by the impossibility of focusing on important things in life because of too much time spent playing games. These people are extremely dedicated to their hobbies, but it affects their everyday duties and makes them incapable of allocating their time, which can affect their social life. The first thought for many is about people who are always late for a meeting or a gathering, but that is just one way to look at it, as conscientiousness has a much deeper meaning overall.

Gamers are also less extroverted, and since they do not feel the need to communicate with people that often, they find their hobby satisfying, which can even lead to addiction. Understandably, this is not a must, as there are plenty of other factors that can play a huge role in whether some addiction will occur or not, but the fact that this type of person does not need or seek to communicate with other people, this increases the chances of possible addiction. That is why it’s best to set a gaming limit, regardless of what type of person one is, as it is the only way to truly have the best possible gaming experience without any consequences.

The third factor is Neuroticism, and researches show that the higher the levels of Neuroticism are, the more likely it is that someone will develop a gaming habit, which can also lead to addiction in combination with other factors.

Once again, this is just about how high the chances are whether gaming addiction will occur or not, but as for the type of players, neuroticism can affect hugely on the performance of gamers, and that, combined with other factors, can determine whether someone will be a great or a bad player. Of course, the stats show that logicians have the highest chance to succeed in playing some games, but the genre is a huge factor here, as even though the logicians are more addicted to gaming, their success depends on the genre of the game they intend to play.

When it comes to the Five Factor Model of Personality, and the only factor it differs from the Big Five theory – Openness to Experience, the situation is pretty interesting because it is the only one that makes a difference between the behavior of males and females. Namely, if women have higher levels of this factor, it is more likely they will start playing games, while the situation with men is completely opposite, and higher levels mean they will probably find something else to do. The reason for that might be a popular misconception that gaming is reserved for men, so more open women want to prove that it is not true.

As you can see, there are many variables on whether someone will have the need or even a wish to play some game, and we cannot come to any 100 percent right conclusion even when we separate all the factors.

That’s because every single one of us is different and unique, meaning that we have different perspectives on certain things, which also leads to many possibilities regarding gaming options. That is also a reason why some prefer playing first-person shooting games, while some are more fond of playing massively multiplayer online role-playing games.

On the other hand, from everything mentioned above, it’s pretty easy to conclude that gender does not play any role in whether someone will become a gamer or not. Now, the only thing left is to pick the right game for you, and with such a high offer of games, this shouldn’t be an issue as all you seek you can find at this website.