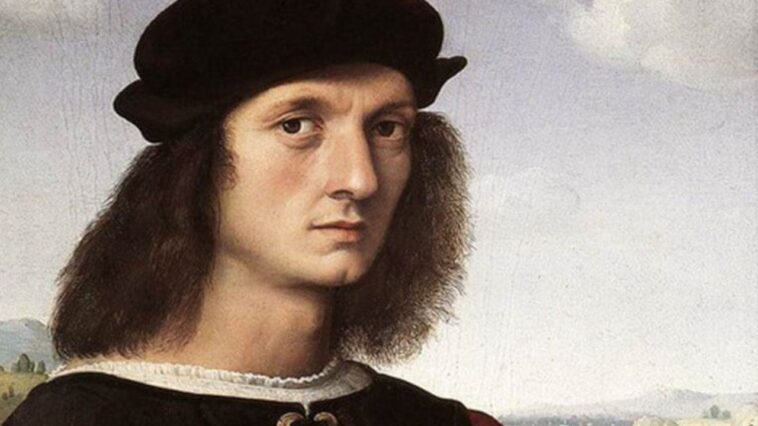 Of the renaissance era, three artists are generally agreed on to dominate these periods- Leonardo de Vinci, Michaelangelo, and of course, Raphael. Today let us focus on the greatness of Raphael as he had quite the effect and influence on the High Renaissance period.

Brief History and Life of Raphael

Raphael, the master painter was famous not just for his paintings, but known for architecture as well. Although he lived a short life (1483-1520), he was able to deliver such impeccable artistry still cherished till today. Raffaello Sanzio, popularly known as Raphael, was popularly known for Madonna in the Meadow (1505/06), School of Athens (c. 1508–11), Sistine Madonna (1512/13), The Transfiguration (1516–20), and was among the talented painters of the Italian High Renaissance era.

Raphael was inspired by Leonardo da Vinci, and he made his paintings more robust, signifying his distinctive clarity and charm, making his art achieve sprezzatura (the quality of performing a task so well, it looks effortless). This as well as his precision, accuracy, and unique expression and emotion in his art, are among the reasons he rose to fame in his short life. He was very sociable, had an astounding personality, and a lover of the ladies— more reasons granting his acceptance and opportunities during his time.

A notable biographer of Italian artists, Giorgio Vasari, divided Raphael’s artistic career into three different phases. The first being the arts he produced as an apprentice in the city of Umbria. The second phase, between 1504 and 1508, was when he was inspired by great artists like Leonardo da Vinci and Michaelangelo, learning the Florence artistic tradition. And the third, when he moved to Rome and was at a great height, mastery, and fame, producing the famous paintings of his lifetime.

As it has been widely stated throughout this article, Raphael was famous for his artworks. He had several paintings that were regarded as the epitome of artistic beauty. Four of those paintings that will be mentioned are; Madonna in the Meadow, School of Athens, Sistine Madonna, and The Transfiguration.

Madonna of the Meadow

Madonna of the Meadow shows the appearance of three noteworthy characters, the Virgin Mary, Jesus Christ, and John the Baptiste. In the painting, Mary is supporting Jesus, who is leaning towards, and holding a cross toy along with John the Baptiste.

It also shows two distinctive elements, the land, and the sky, with a little separation of the ocean between them. His ability to show the characters in the painting, a serene environment, and a vast distance between the water and the land was noteworthy.

Another well-known painting by Raphael, School of Athens, shows a gathering of great philosophers, historians, and mathematicians sharing knowledge and interacting. In his twenties, Raphael was already so popular and had been invited by Pope Julius II to decorate apartments for the Vatican Palace. The school of Athens is of the four wall frescoes of the room intended to be Pope Julius’s library. It showed high elegance and grandeur for the kind of caliber it was painted for.

This marvelous work, also popular for being one of his best works, drives one into some sort of religious ecstasy. At the bottom of the painting are cherubins, at the top center is Virgin Mary holding Jesus Christ, and on her right and left are Saint Sixtus and Saint Barbara, respectively, with warm expressions. This painting was renowned for its great use of oil paint to depict great color and flexibility, as well as the strong message the painting passes across, which can be interpreted to be Jesus Christ being the salvation of mankind.

The last and most famous painting by Raphael, The Transformation, showed a great form of art, elegant hues, and his mastery of contrapposto (a figure showing hips and legs that are twisted away from where the head and shoulders are faced). It was said to be “the most beautiful and divine of all his works.”

The meaning of this masterpiece is said to have several interpretations it. One of which, as the title follows, means the transfiguration of Christ on top of the mountain Tabor, having a twist to it, is about a possessed demonic boy requiring healing. It illustrates the boy in need of help and no one to render aid, in line with a biblical verse, John 4:24, that only true faith can cure the boy. Another is the Transfiguration of Christ as a divine sign for mankind shown at the lower part of the painting.

Such exquisite works undoubtedly made Raphael very popular. He passes an adoration to the eyes, as well as a well-impacted message to his works. Although he died at the age of 37, he lived a great life that has been an aspiration to later generations. Contrary to the opinions people have that great works like these can only be admired in the hard copy at museums, these paintings can be recreated at 1st Art-Gallary.com.