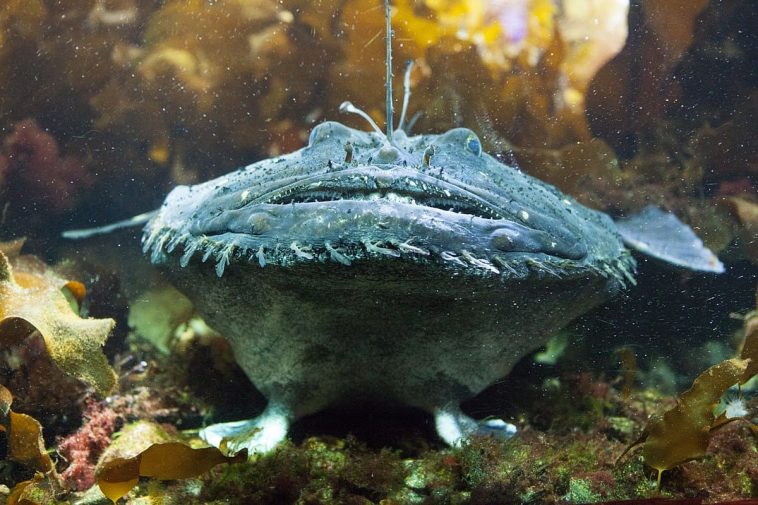 Animals are not always the cute, cuddly, and soft ones we love as pets. Some members of the animal kingdom can be masters of scare and fear. They can cause great fear and nervousness and their sight or image may cause you to get a sudden attack of fright. From the stark, venomous snakes, to lethal jellyfish, scary tarantulas to mighty Grizzlies, it is not difficult to identify scary animals. Someone’s appearance can send chills down your spine, while some animals’ hisses or shriek calls can make you shudder. Below we explore the top 10 scariest looking animals that inhabit the various biomes of the earth. Not all of them are poisonous or fatal but yes, their names spell scare and fear. Let us check scariest looking animals in the world,

Some species of underwater creatures spell terror. One such deep-sea inhabitant is the Black Dragonfish. You may not come across this fish in real life as it is a deep-sea inhabitant. This stark creature lives in the deep ocean waters in the absence of light. It is, therefore, a bioluminescent fish –i.e. it has its mechanism to produce and shine its light.

The female fish have sharp, fang-like teeth along with a long barbel that hangs from their chin. The barbell contains photophores, which produce light and act as a lure to attract prey. Adult female dragon fish can reach lengths of around 2 feet and resembles an eel. The female fish is frightening to look it-luminous snakes in the dark sea.

The Angler Fish is a fear-striking wonder of the sunless depths of the deep seas. There are about 300 distinct species of anglerfish from shallow to super-deep waters. The female angler fish appear ghost-like in appearance with a peculiar bony structure which is an extension of their dorsal spine jutting out above their mouths like a fishing-rod. These are bioluminescent lures hanging to lure prey in front of their needle-like teeth. Angler fish can be quite large, reaching one to 3.3 feet in length.

The Fang toothfish looks like a monster that swam out of a horror movie. It is found throughout the world in temperate and tropical ocean regions. It is one of the deepest living fish known for its creepy appearance. The fang toothfish are robust and terrifying creatures despite their small size of up to 6 inches. They have extraordinarily large teeth like a monster with fangs on the lower jaw that actually slide into the mouth when the jaw is closed. These fish use their teeth as a formidable weapon to hunt squid other small fish.

A lesser-known but scary creature, the Giant deep-sea Isopod seems to crawl out of the pitch dark depths of the deep seas. It has a gigantic size than normal shallow sea crustaceans and is a scary carnivore that scavenges on the ocean floor. It belongs to the family of shrimps and crabs and can reach up to 1 foot in length. Giant isopods also have very large eyes in comparison to their body, and little hooked claws at the ends of their legs.

One of the strangest creatures on earth, the Star-nosed moles is an exceptional animal that can smell underwater. Its name comes from its star-shaped snout that is in the form of a unique ‘star’ of 22 pink fleshy tentacles. On each side of the nose, there are 11 appendages that can be 1 to 4 mm long. This is a small and lightweight creature that can grow up to 20 cm in length. The mole’s tentacled snout can sniff underwater by blowing air bubbles and sucking small prey into its nose.

Saltwater crocodiles are the largest crocodile species in the world and the largest living reptile in the world. They can scare anyone and make them run for their life with their mighty size and robust bodies. Male saltwater crocodiles can grow up to 7 m in length and can weigh up to 1,000 kg. They have the strongest bite of any animal in the world, and can almost crush a human with their powerful jaws that can apply up to 5,000 pounds of pressure per square inch.

One of the scariest looking animals, Vampire Bats are notorious to feed on the blood of their victims. These bats are associated with evil and have a bloody appetite. Vampire bats have very sensitive ears and they make use of the sonar technique of sound waves to search for prey in the dense forest cover.  They feed on cows, horses, pigs, and several other animals. They dwell in the forests of South and Central America. They can carry rabies and can cause hundreds of cattle death each year. Some of the most lethal viruses find a natural refuge inside bats, including Ebola, rabies, and the SARS virus.

One of the scary sharks in the world, Great White Shark is a species of large mackerel shark that can be found in the coastal surface waters of all the major oceans. Of the 100-plus annual shark attacks worldwide, 40-50% are due to the great whites. These ferocious creatures are the largest predatory fish on our planet, which can swim fast up to 15 mph in seawater. Their mouths are lined with about 300 triangular teeth arranged in several rows, which makes a shark bite the most horrifying and painful thing in the world. These sharks have an exceptional sense of smell to detect prey.

The Emperor Scorpion is native to rainforests and savannas in West Africa. It is one of the largest scorpions in the world and can grow up to 20 cm in length. They are heavy and fleshy creatures that can weigh up to 25 kg! Emperor scorpion has a large and shiny black body with huge pincers, and a long tail with a sting. They have big claws to hold and kill prey, but their stings are not fatal.

Anacondas are a group of large snakes found in tropical South America. Anacondas are not poisonous snakes, but they use constriction to kill their prey. When an anaconda attacks, it locks its prey by wrapping its body around its prey. The pressure exerted by the anaconda is high enough to kill the prey of either suffocation or from crushing. They can be extremely dangerous, if not poisonous. Green anacondas that can weigh up to 500 pounds are the world’s heaviest snakes. It is one of the scariest looking animals in the world.

These are some of the scariest animals inhabiting the earth. But the list is not complete. You can find several living species of scorpions, snakes, centipedes, carnivores, and fish that are not only scary to view but are dangerous hunters and can kill their prey with prowess. However, we need to revere these animals as part of the survival plan on earth. Let nature be your best guide. These are the scariest looking animals in the world. Kindly share and do post your comments.