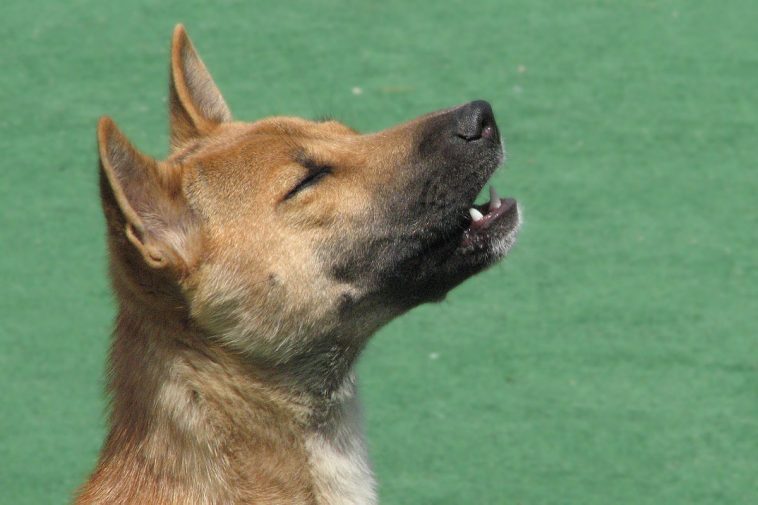 Singing Dog also is known as The New Guinea Singing Dog wich looks like a Dingo and have a unique howling style was considered extinct, however, based on the DNA collected by an intrepid and indefatigable field researcher, Scientist and Researchers believed reported on Monday.

According to the analysis published on Proceedings of the National Academy of Sciences, showed that the dogs are not simply common village dogs that decided to try their chances in the wild. The findings not only solve a persistent, though obscure puzzle, but they may also shed light on the complicated and still-emerging picture of dog domestication in Asia and Oceania.

A conservation biologist at Oxford University, Claudio Sillero and the chair of the canid specialist group at the International Union for the Conservation of Nature said that the study confirms the close relatedness between Australian and New Guinea dogs, “the most ancient ‘domestic’ dogs on earth.”James McIntyre, president of the New Guinea Highland Wild Dog Foundation and the researcher whose forays in the field were central to the discovery, first searched for New Guinea Singing Dogs in the forbiddingly rugged highlands of the island, which is split between Indonesia and Papua New Guinea, in 1996.

The inbred population of the Dog are present in the zoos and some are even preferred as exotic pets, however, they remain for a half-century they remained elusive in the wild until 2012 when an ecotourism guide snapped a photo of a wild dog in the highlands of Indonesia’s Papua province. It was the first seen since the 1950s, and Mr McIntyre set to work.

After reading all this, one question that arised that whether these singing dogs are really extinct, In 2018, Mr McIntyre went back to Papua and managed to get DNA from two trapped wild dogs, quickly released after biological samples were taken, as well as one other dog that was found dead. He brought the DNA to researchers who concluded that the highland dogs Mr McIntyre found are not village dogs, but appear to belong to the ancestral line from which the singing dogs descended.

“For decades we’ve thought that the New Guinea singing dog is extinct in the wild,” said Heidi G. Parker of the National Institutes of Health, who worked with Suriani Surbakti and other researchers from Indonesia and other countries on analyzing the DNA samples that Mr McIntyre returned.

“They are not extinct,” Dr Parker said. “They actually do still exist in the wild.” Highland dogs match 72 per cent of their genes in common with their captive singing cousins. The 28 per cent difference between the wild and captive varieties may come from some interbreeding with village dogs or from the common ancestor of all the dogs brought to Oceania. The captive, inbred dogs may simply have lost a lot of the variation that the wild dogs have. The New Guinea Singing Dogs are closely related to Australian dingoes and are also related to the Asian dogs that migrated with humans to Oceania 3,500 years ago or more. It may be that the singing dogs split off around then from a common ancestor that later gave rise to breeds like the Akita and Shiba Inu.

“They provide this missing piece that we didn’t really have before,” Dr. Ostrander said.

Laurent Frantz, an evolutionary geneticist at Queen Mary University of London who studies the domestication and evolution of dogs and was not involved in the research, said the paper makes clear “that these populations have been continuous for a long time.”

But exactly when and where the dogs became feral and “what is wild, what is domestic” are still thorny questions, which the new data will help to address.