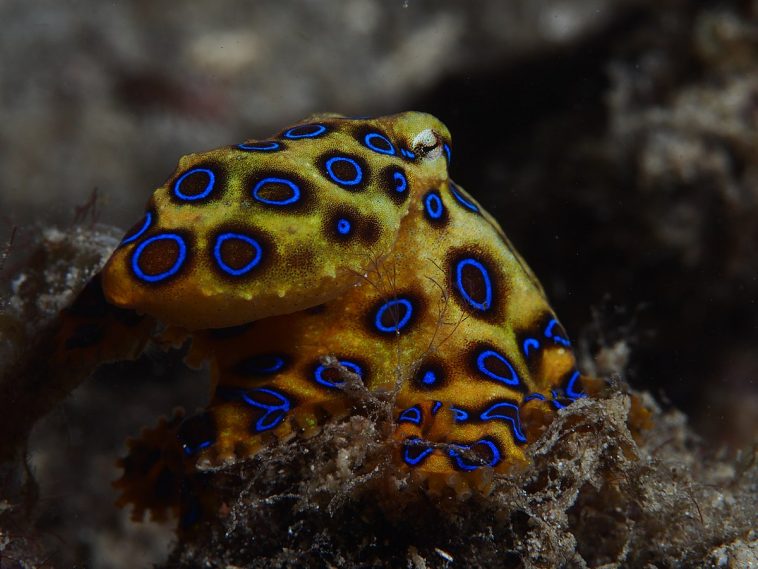 It is never necessary that you have to be big, powerful, and horrifying to be deadly. Even small animals that may include insects, fish, or sea creatures can be dangerous enough to deal a lethal blow. Even a drop of venom from these creatures can make life much bigger than their size. Some of these animals are equipped with specialized tools like poisoning squirts or electric stings that make them further deadly.

Here is a list of the top 10 small but deadly animals. Don’t underestimate their power because of their small sizes. These are gentle death blowers, no less than huge predators or mighty giant animals.

Maricopa Harvester Ant is the most common and found throughout Arizona, Texas, New Mexico, and other parts of the southwest United States. They are small insects, but no less in deadliness. These insects can surround you in large swarms and inflict painful stings. Their bites inject poison into the area of skin. Maricopa Harvester Ants have a nasty venomous bite.

They are renowned for possessing the most toxic insect venom in the world. You can realize the magnitude of this ant’s sting from the fact that it only takes 12 bites to kill a 2 kg animal.

They are among the world’s most under-estimated deadliest insects, responsible for taking the lives of millions of people annually. Mosquitoes are the dangerous carriers of several diseases like Malaria, Dengue, and Zika, and carry the deadly viruses of these diseases and spread them. There are over 3000 species of mosquitoes existing on our planet. Mosquitoes had inhabited the earth much more before humans came into existence.

Mosquitoes have special receptors on their antennae that can detect carbon dioxide in human breath. They follow these trails to find their targets. Mosquitoes also have heat sensors around their mouthparts. They use these sensors to detect the warmth of human blood for tapping.

These are giant biting and blood-sucking flies found in abundance in tropical African countries. These flies are among the most deadly insects as they are potent carriers of trypanosomes, which cause sleeping sickness in humans and other deadly diseases in animals.

These flies can cause painful bites that can develop into a red sore. Any human who thus gets bitten, shows symptoms of the deadly Sleeping sickness, like fever, severe headaches, extreme fatigue, swollen lymph nodes, and aching muscles and joints. Some people develop a skin rash. If left untreated, this disease may lead to death in the inflicted humans. It is also listed as one of the deadliest insects in the world.

One of the dangerous animals in th world, Box Jelly Fish, is also known as Marine Stinger or Sea Wasp due to its stinging nature. You can find them in abundance in the coastal waters of Indo Pacific Ocean and the North Australian coastlines, especially in Queensland. They are pale blue and or transparent in color, giving them an appealing look, which indeed is deadly. These jellyfish derive their name from the cube-like shape of their head.

You can find a large number of box jellyfish lining up the Australian shores after heavy rain and high tide. These sea creatures have the most deadly type of venom. If this jellyfish stings you, the poison in their tentacles can immediately attack a human’s cardiac and nervous system. If not treated on time, it can lead to the death of the stung individual.

They live in the Pacific and the Indian oceans, and also in the Caribbean and Red seas. The Geography cone is the deadliest, with more than 100 toxins packed in its small, six-inch body. The marine cone snail has one of the most potent poisons that can paralyze fish almost instantly.

The cone snail has a beautiful, patterned armored shell that hides the snail. They use a fine, harpoon-like structure to capture faster-moving prey, such as fish, and inject venom in them. Cone snails have enough venom in their bodies to kill humans. Unfortunately, there is no anti-venom developed.

Another small but deadly animals are the Poison Dart Frog. These frogs are native to the tropical regions of South and Central America. These frogs have bright colored bodies –the more colourful the frog is in colour, the more the venom’s toxicity. An adult Poison Dart frog has enough poison to kill ten grown-up men!

Just over an inch in size, these deadly frogs get poison from the nasty beetles and insects that they eat. While many frog species use camouflage techniques to hide from predators, the Poison Dart frog uses brightly colored skin to set off a warning to predators. The frog’s skin is capable of secreting a dangerous poison that can paralyze and even kill predators.

This is a very beautiful but highly venomous octopus species found in tide pools and coral reefs. They are found in the Pacific and Indian oceans, extending from Japan to Australia.

The blue-ringed octopus has a small, 5 cm long body about the size of a golf ball. However, do not get befooled by its small size. A Blue-ringed octopus’s body is packed with a venom that is thousand times powerful than cyanide. Their venom can cause paralysis of the body, leading to a cardiac arrest. Sadly, there is no antidote to its poison.

This is a poisonous species of spiders found in South and Central Americas. They are also known as the “armed spiders, “as they have long legs with spans reaching about 6 inches. They have large bodies that may be up to 2 inches in size, compared to other small species.

These spiders do not build webs but wander with their long legs on the forest floor at night in search of prey. A typical bite from such a spider causes intense burning pain, leading to a change in blood pressure and heartbeat, hypothermia, convulsions, and even shock.

These caterpillars abundantly occur in Brazil and Venezuela in South America. It is famous for its larval form that is deadly in nature. These caterpillars are about 4-5 cm long and can camouflage very well with their surroundings. Their small bodies have several rows of tubercles with prickly bristle-like structures at the end of each. These bristles can inject potentially deadly venom into the skin of the animal or human who comes into contact with them. Their bites can cause haemorrhaging and blood clotting, finally leading to death.

Assassin bugs are predatory insects. They are experts in catching and feeding on a wide variety of beetles, bees, flies, and caterpillars. The main horror associated with these bugs comes from the fact that they can produce two types of venoms. They use the primary venom to attack their prey and inject it in them. The poison is strong enough to shock the victim and disintegrate its body.

These bugs then feed on these prey by sucking everything out through their proboscis. They also produce another type of venom for larger predators. When an Assassin Bug attacks a large prey like a human, it injects this venom into the skin. This bite causes intense pain and creates s a patch of dead tissue in that area.