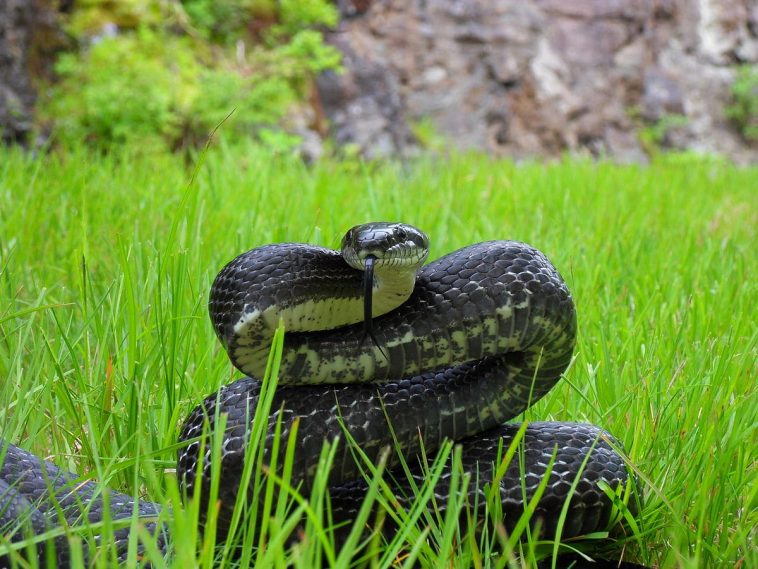 Nature has bestowed the animal kingdom with a myriad of features for survival and protection. Claws, beaks, talons, canines, camouflage techniques and even the ability to release odours! Some creatures emit stinking odours when threatened or chased by predators. Safety remains their prime concern while emitting these foul smells as a daunting defence mechanism. Read on to explore the top 10 smelliest animals and what makes them use foul odours in routine life.

The Collared Anteater or the Southern Tamandua is an anteater species from South America. It is a unique and solitary creature that closely resembles a sloth. It is mostly active at night and can hear and smell quite well. This animal can easily fall prey to larger predators. But nature has gifted it with a unique ability to release a very unpleasant odour, similar to a skunk’s, from a gland at the base of its tail. This bad smell usually keeps the animals away from it.

Skunks are considered to be the smelliest animals in the animal kingdom. They produce the foulest of smells from their scent glands located under their tails when they perceive danger and are capable of ejecting the foul-smelling oily liquid to a distance up to 3 m. This liquid contains chemicals called thiols which are a combination of pungent gases and sulphur. These unpleasant gases are volatile and can disperse very easily. The spray can even choke your lungs and cause temporary blindness, allowing the skunk to getaway. These smells can linger for days.

This brown stink bug is an insect native to China, Japan, the Korean Peninsula, and Taiwan. These predatory stink bugs help protect crops against pests that can be destructive. They feed on caterpillars, beetles, and other plant-feeding bugs. The stink bug has the ability to emit an odour through holes in its abdomen. This is used as a defence mechanism to prevent it from being eaten by birds and lizards. If you squash the bug, it will release a stinky odor, hence it is called a “stink bug”. This smell resembles a pungent odour that smells like coriander.

Fulmars belong to the species of seabirds with a tube-like nose. They resemble seagulls and live in the North Atlantic and North Pacific, and the Southern Ocean as well. When they’re hunting, they can dive in the ocean, plunging under the water to prey. They can even pluck fish out from just under the surface. Fulmars create a kind of oil that they store in a section of their stomachs. They spray it out as a defensive measure. It can act as a gum that can glue the wings of predator birds, causing them to fall and die. The name “Fulmar” comes from two Old Norse words – fúll meaning “foul” and már meaning “gull.” This refers to the awful-smelling stomach oil.

The hoatzin or the “stink bird” is a unique tropical bird that lives in the Amazon rainforest. It feeds entirely on leaves and its leafy diet is responsible for its distinctive smell. A foul smell of manure comes out from its body. The chief cause of this smell is the bacteria in its gut that break down the vegetable matter and the fermentation process releases smelly gases.

The greenwood hoopoe is a tropical bird native to Africa. It uses stench as a defence weapon when threatened. It points its tail at threatening animals and excretes a foul stench of rotten eggs. Female birds generate dark, foul-smelling oil from a specialized gland in their bodies present below their tales. The chemicals responsible for the smell include dimethyl sulphide present in that liquid.

The Skunk Bear, also known as the wolverine or quickhatch, is a stocky and muscular carnivore, more closely resembling a small bear. This Skunk bear is the largest member of the weasel family. It has special glands that secrete a foul-smelling fluid that has a musky smell. They generate this smell to mark their territories and also as a mechanism for protection from other bigger animals.

Pangolins are also recognized as scaly anteaters. They are native to Asia and Africa. They are shy animals with tough, hard scales on their body that can curl up into a ball to defend themselves. Like skunks, pangolins are also known to give off a protective bad smell. It has special glands that secrete a pungent fluid that is used for both marking territory and defence. Its is also listed as one of the endangered land mammals.

This deadly snake is a native of the dense, humid bamboo forests of Taiwan, and its name of “King Ratsnake” is derived from its habit of eating other snakes like a king. It can feed upon other venomous species such as the Chinese cobra and the sharp-nosed viper. They produce a kind of stench when disturbed. They first try to attack, and if that doesn’t work, these snakes secrete a strong-smelling pungent musk odour to ward off their attacker. This deters most predators.

The Striped Polecat, also called the African polecat, or the Zorilla resembles a skunk and lives around Africa. Striped polecats can live in most habitats, including open grassland, and woodlands. Striped polecats are solitary creatures who hunt mostly at night. They are very aggressive and territorial animals, marking their territory with a foul-smelling spray that they secrete. This strong spray can temporarily blind predators by irritating them with an intense burning sensation.

These are some of the animals that release bad to protect themselves from falling prey to other animals. Some of these animals like skunks shoot out stinky smells when they’re threatened to make predators run away. Others may use their odours to mark their territory or keep their food safe from scavengers. Whatever be the case, these animals have a special natural gift of secreting bad odours to protect themselves, and they make good use of it. These are the smelliest animals in the world. Kindly share and do post your comments