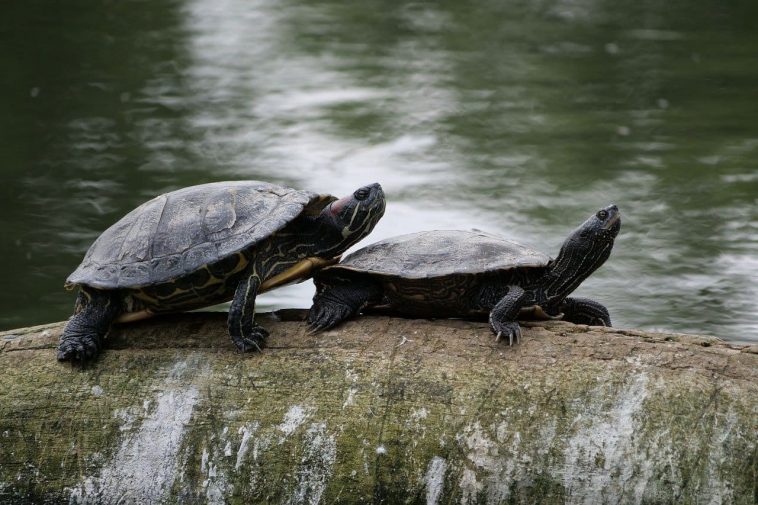 An Epoch is an important period in history or an era.  The Cenozoic era has seen the extinction of the dinosaurs and the rise of mankind. Cenozoic Era was the third of the major eras of Earth’s history, beginning about 66 million years ago and extending to the present. In this era, the continents drifted to assume their modern-day geographic positions. During this time, Earth’s flora and fauna evolved toward that of the present. The Eocene Epoch is the second epoch of the Paleogene Period in the Cenozoic Era. It lasted from 56 to 33.9 million years ago and is a major division of the geologic timescale.

The Eocene starts from the end of the Paleocene Epoch to the beginning of the Oligocene Epoch.  The Eocene was a time of rising temperatures, and mammals were abundant, including the first horses, bats, and whales. Several prehistoric species of prehistoric rhinoceroses, tapirs, camels, pigs, rodents, monkeys, whales, and the ancestral horse, eohippus, and titanothere, marked the Eocene period. Below we discuss the top 10 species of the Eocene Epoch that make it unique from the other epochs.

Species of the Eocene Period

Eohippus, (genus Hyracotherium), also called dawn horse, was an extinct group of mammals that were the first known horses. They flourished in North America and Europe during the early part of the Eocene Epoch that was 56 million to 33.9 million years ago. It belonged to the category of odd-toed ungulates. The modern-day horse belongs to the family Equidae. The evolution of the horse occurred over a geologic time scale of 50 million years, transforming the small, dog-sized, forest-dwelling Eohippus into the modern horse.

Rhinos belong to a group of animals called Perissodactyls. These animals all had hooves and had an odd number of toes on their rear feet. The early Perissodactyls were not only the ancestors of rhinos but of all modern horses, zebras, and tapirs. Amynodonts looked rather like modern tapirs – pigs with unusually long limbs. They did not have horns. The Hyracodonts of North America, Europe, and Asia, looked like bulky little horses.

The Perissodactyla appeared early in the Eocene, about 55 million to 40 million years ago. All tapirs live in woods, rainforests, mountains, and grasslands. Tapirs evolved over 50 million years ago and haven’t changed much since that time. The tapir family also includes the rhinos, which are believed to have evolved from tapirs around 40 million years ago, horses and zebras. Some fossil forms occurring near the time of origin of the rhinoceros and tapir lineages are very similar to one another.

Onychonycteris finneyi is the most primitive of the oldest known genera of bats, during the Eocene period, 52.5 million years ago. Fossil studies reveal that this most primitive known bat was about 27 cm in length. It had unguals (claws) on all five digits, a primitive trait not shared with other bats. It also had well-developed wings, and could fly, but lacked the enlarged cochlea of all echolocating modern-day bats.

Also Read: 10 Most Unique Animals In The World

Genuine fossils of earliest rabbits are from the Eocene Epoch, about 56 to 33.9 million years ago. They have been classified as members of the genus Gomphos. The Lagomorpha were the ancestral roots of lagomorph rabbits and hares. The oldest Gomphos is G. elkema discovered in 2008 from Gujarat, India.

They were named Palaeocastor, literally meaning “prehistoric beaver”. The Palaeocastor fossils were discovered in Nebraska in America, along with at least 15 species of beavers.  Modern-day beavers belong to the Castor genre. Beavers are known to build bridges and dig the ground. They have a long fossil history in the Northern Hemisphere beginning in the Eocene. While Palaeocastor dug trees and the ground with its teeth, while other species used their strong front limbs and flattened heads as shovels.

Titanothere was a member of an extinct group of large-hoofed mammals that originated in Asia or North America during the early Eocene Epoch. That was some 50 million years ago. Titanotheres were also known as “Brontotheres,” and became extinct during the middle of the Oligocene Epoch. Superficially, they looked rather like rhinos, although they were more closely related to horses; Brontotheres retain four toes on their front feet and three toes on their hind feet.

The true primates first appeared in the fossil record in the Eocene epoch around 55 million years ago. They were similar in form to lemurs. The Eocene epoch witnessed the origin of the Tarsiidae (tarsiers), the Adapidae, which include probable ancestors of lemurs and lorises, and the Omomyidae, which include possible ancestors of the monkeys and apes. Omomyidae fossils have been found in North America, Europe, Egypt, and Asia. All primates are descended from tree-dwellers, the had adaptations for tree climbing like a rotating shoulder joint, separated big toes and thumb for grasping.

Studies reveal that notable birds of the Eocene Epoch were giant penguin-like birds. The fact is confirmed by the existence of the 100-pound Inkayacu of South America and the 200-pound Anthropornis of Australia. Another important Eocene bird was Presbyornis, which was similar to the prehistoric duck. Gastornis was another such extinct genus of large flightless birds.

These are the diverse species from the Eocene epoch that paved the way for the origin of the modern mammals. That era saw a significant rise and development of thousands of mammal species,  that developed over centuries to the present day wildlife.