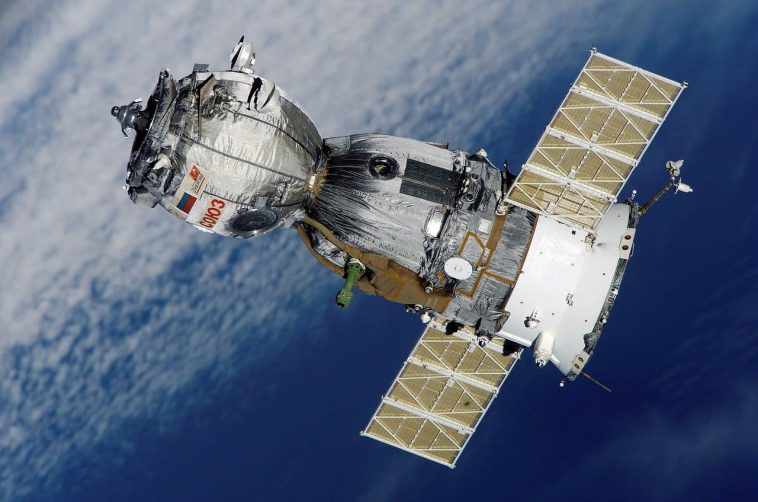 The vastness of the space is filled up with immense awe, wonder, and mystery. Even after comprehensive space research and exploration programs, the enigma of the cosmos remains to be fathomed. Not only is the space filled with mysterious objects that are still outside the human reach, but there are mysterious objects that can enter the Earth’s atmosphere unexpectedly and leave their mark for years to come. According to Orbital Debris Studies research, up to 200 large, man-made objects re-enter the Earth’s atmosphere each year. In the last 40 years, as much as 1,400 tons of man-made material from outer space has reached the Earth. Most of these pieces have landed in the water or deserted areas, so much is known about them. Below we discuss ten such strange things that fell from outer space on our Earth from outer space.

Strange Things that fall on our Earth from Outer Space

Satellites are not meant to get back and fall on the Earth. However, sometimes malfunctions, abandoned components, fuel burn-outs, or unprecedented orbit fallouts can force even the most robust satellites to get back. November 1979 witnessed the fall of the massive NASA satellite, Pegasus 2, back to the Earth in an unfortunate incident. It is one of the most strange things to fall from Outer Space.

Similarly, the 6.5-ton UARS or Upper Atmosphere Research Satellite was deployed in space by NASA’s space shuttle Discovery in September 1991 as part of the orbiter’s STS-48 mission. UARS was a climate satellite and studied Earth’s atmosphere for 14 years, providing useful information about many vital chemicals, the ozone layer, and the amount of light that comes from the sun. The satellite was decommissioned by NASA in December 2005 and fell to Earth in September 2011. It was predicted that substantial parts of the satellite might hit the ground in inhabited areas. However, the satellite fell in a remote location in the Pacific Ocean.

The Skylab was the first space station launched by NASA in 1973. Skylab weighed a massive 199,750 pounds with an Apollo CSM (command and service module), a workshop and a solar observatory, and several experiments. It stayed in orbit from May 1973 to February 1974 and was visited by three astronaut missions –Skylab2, Skylab3. Skylab was envisioned by NASA to stay in orbit for a decade or so, but that never happened. Skylab suffered massive drag due to high solar flares in the Earth’s atmosphere. Skylab’s orbit decayed, and it disintegrated in the atmosphere on July 11, 1979. Its debris was scattered across the Indian Ocean and Western Australia.

Meteorites land randomly over the Earth, though most fall in the water. Pieces of space debris, in the form of rocky elements of comets or asteroids, occasionally strike the ground. The Chelyabinsk meteor is especially renowned for its high-speed plunge towards the Earth and dropping down. This asteroid was the size of a 6-story building. It entered the Earth’s atmosphere in February 2013 over Russia. It disintegrated 15 miles above the ground and generated a shock wave similar to a 500-kiloton explosion. The meteoroid fall resulted in injuries to 1,600 people.

The space is full of a lot of junk in the form of abandoned rocket or spacecraft parts that either fly scattered in the Space or fall to the Earth at any time. In January 1997, an Oklahoma woman out for a night saw a streak of light in the sky. Within minutes, she felt something metallic brush her shoulder. It turned out to be part of the propellant tank of a U.S. Delta II rocket launched in 1996. Simultaneously, a 580-pound fuel tank from the same rocket hit the bare ground in Texas as per NASA reports.

Most of the things that fall from outer space are generally space debris and space junk in the form of disintegrated spacecraft parts. In one such incident in January 1978, a Russian satellite Kosmos 954, crashed in northern Canada. The spacecraft’s nuclear power generator exploded, littering radioactive material over thousands of square miles. Canadian Government reports mentioned that a campaign called Operation Morning Light was started to find the radioactive material. However, not more than 0.1 % of the radioactive debris could be recovered.

As though nuclear waste and space debris are not less, another strange, a round object was spotted by a hiker in northwestern Colorado in March. It was the fuel tank from a Russian Zenit-3 rocket launched in January.

Similarly, a 13-pound, metallic sphere was found in the Namibian desert in Africa in November 2011. It was a big, 14-inch ball that smashed the Earth and formed a 12-inches deep crater that was 13ft wide. The sphere was found to be a 39-litre hydrazine bladder tank, the type of which is located in unmanned rockets used for satellite launches.

In January 1995, a Japanese rocket carrying a Russian satellite took off from Kagoshima. It was on a mission to test materials processing techniques in microgravity and then return the samples to a landing zone in Australia. Somehow, the launch vehicle got destabilized and went off the orbit. As a result, the heat-shielded landing capsule got disintegrated and fell in Tamale, a small town in northern Ghana.

In 2000, some people on the beach near Corpus Christi, Texas, found a mysterious object that had been washed ashore. It was discovered to be a part of the Ariane 5 rocket that had just been launched.

One of the most strange things to fall from Outer Space, Mysterious flaming objects rained from the sky in Chile in September 2019. Blazing fireballs light up the sky over Chiloé Island, off southern Chile, had its sky lit up with blazing fireballs that fell to the Earth and caused small bush fires in seven locations across the island. The local officials ruled out the possibility of any UFOs or meteorites based on a ground survey and claimed that it could have been falling space debris.

In February 1991, Argentina’s cities witnessed a shower of metal shreds from the sky with glowing trails. This metallic rain was from the fragments of the Russian space station Salyut-7. It was one of the most massive space objects to fall back on the Earth. The Russian engineers attempted to guide its descent into the Atlantic Ocean, but their efforts failed due to its low orbit. As a result, the 88,000-pound space station fell back in the form of metal fragments shed metal fragments. No one was hurt in the accident.

Also Read: 16 Most Amazing Galaxies in the Universe

In January 2016, 3 mysterious metallic space balls fell in North Vietnam accompanied by thunder-like sound before their fall. The largest of these balls weighed about 45 kg. It was found near a stream in Tuyen Quang province. Another one was found in a local garden in the Yen Bai region. The third ball weighed 250g and also hit the ground close by. Vietnamese defense officials confirmed that they could be compressed air-tanks from a rocket or an aircraft and could be the outcome of a failed satellite launch program.

Millions of man-made artefacts circle the planets in space. There are nearly ten thousand most strange things to fall from Outer Space.satellites in the space. While most of them are defunct or destroyed now, some get burned up, while some stay in orbit for centuries, moving around the planet as ballistic garbage. It proves to be a hazard to astronauts and unmanned spacecraft. Besides these satellites, there are thousands of rocket parts and space debris that remain adrift in space. Space pollution is a reality and needs to be addressed.