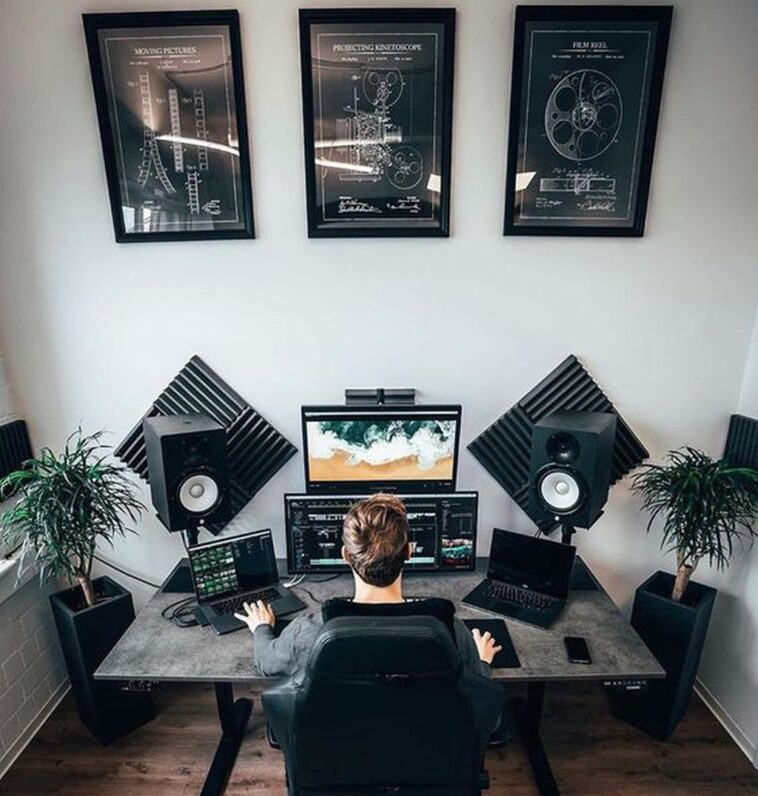 Video streaming has become so popular that such services rank among the most visited sites on the planet. Their power comes from a combination of fantastic marketing, groundbreaking technology, entertainment value, and an astonishing amount of content.

While the internet is vast, it wasn’t created with streaming high-quality video to millions of people in mind. So how do these streaming services go that extra mile to achieve just that? Let’s take a look at some of their big secrets and find out.

How They Stream Videos

First of all, you need to understand that streaming isn’t a static, analog medium like TV is. Instead, it’s always changing, adapting itself to what specific users want to stream on their screens.

All that video data must go through multiple steps to travel from the company’s servers to your PC, laptop, tablet, phone, or whatever other device you might use for streaming. That data travels through what we know as an OTT service, also known as Over-the-Top streaming, about which you can find out more if you visit this page.

There are five basic steps that this process goes through to achieve what it does. The first is video ingestion, which is the beginning of the video signal. Then the next step is to transcode the video signal to work on the internet.

Afterward, the management process comes into play, which basically means that the video signal gets DRM protection, dynamic ad insertion, subtitle integration, and so forth. The final two steps are the delivery of the video through the internet, and, finally, the playback of the video on a selected device.

CDNs and Their Role in Video Streaming

Of course, the five steps that streamed video needs to go through are way more complicated than we could explain in a user-friendly way. In any case, content delivery networks (CDNs) permit the distribution of video content in all resolutions and formats. It doesn’t matter if we’re talking about 720p, 1080i, 4K, 16:9, 16:10, or 4:3. CDNs deal with encoding the video data in such a way that it can be played on any device regardless of power levels.

CDNs are practically responsible for delivering the same video quality to a Playstation 5 as it does to a smartphone by simply changing a few parameters in the transmission data to optimize the playback for a particular device. However, streaming apps also need cloud providers for the rest of the pipeline. Netflix completed a massive cloud migration in 2016 from its data centers to Amazon Web Services (AWS).

Optimizing the User Interface and Scalability

The final step in this entire process is to make the usability seamless and tweak the scalability in such a way that it can adapt to any screen and aspect ratio. Keep in mind that users with big screens might not have a lot of motion freedom when navigating the interface, so you must declutter it as much as possible.

On the other hand, smartphone users can glide through the interface like it’s nothing, so taking certain display buttons away from the screen might not be a good idea. You have to strike the right balance when it comes to every such scenario.

Optimizing the user interface also involves creating certain techniques to smoothen the user experience. For example, having an option to create several profiles allows the entire family to enjoy what they were watching separately. Each profile has the option to remember where the user left off with a certain episode or movie, making things even more convenient for the individual.

Does streaming use UDP or TCP?

The User Datagram Protocol and the Transmission Control Protocol are two of the most popular protocols used to connect to the internet and download data. UDP and TCP are transport protocols, meaning they are used for moving packets of data across networks. Both are used with the Internet Protocol (IP).

Without getting extremely technical, TCP is usually more reliable for transmitting data than UDP. However, transmitting it via UDP takes far less time than it would take through TCP. TCP practically loses fewer packets of data, but UDP manages to deliver almost as many much faster, so it really depends on what the streaming service wants to prioritize.

In most cases, using UDP simply means that you’ll drop a few FPS here and there, so it’s no biggie. When watching a movie, you’ll barely notice the minimal FPS drop that takes place, so this protocol is good enough despite not being the most reliable.

When streaming a video, your phone, computer, or another smart device that you’re viewing it on, the buffer is the portion of the video that is loaded in advance. Think about YouTube and how you can see that light grey bar extending in front of the red seek bar. That’s the buffer – the amount of video already stored inside the buffer.
The buffer is an essential part of video streaming, as it allows your device and internet connection some time to breathe between data exchanging sessions.

Sometimes you might encounter problems when streaming videos. These can usually be attributed to network latency and congestion, or either to Wi-Fi problems, the lack of bandwidth on your router, or simply because your device is too slow to perform proper rendering of the video content that you’re receiving. This can happen especially if you’re using a laptop with an integrated video card instead of a dedicated one. However, if the hardware is the problem, then the solution would be to just set a lower resolution and be done with it.

Do you want to create your own streaming service? We’re not gonna lie, it’s a pretty tough task and it will take you a lot to study everything. We recommend assembling a great team of web developers, programmers, and so forth to make things as easy as possible. And you should also read advanced tutorials online to know exactly what you’re getting into.