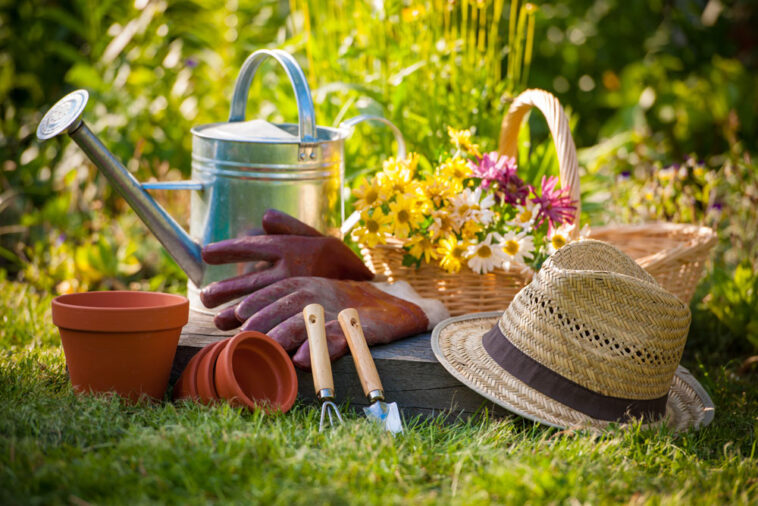 If you’re thinking of which season you should start growing some beautiful flowers, then there’s no better time for you to do so other than when the sun is at its strongest – summertime! This means you’re going to need to be careful of which flowers you’re going to select because they will need to be resistant to harsher temperatures!

For those who have done their research already when it comes to flowers, you’re going to find that most annual flowers like sunflowers and roses can grow the easiest in summer. Still, perennial flowers like lavenders and phlox will require a little more care when the season comes so that they can bloom along with the annuals.

So what makes these flowers ideal for growing during the summertime, even though the heat will make it harder for them to grow? Well, that’s precisely why they’re on this list since they’re very tolerable to the harsher temperatures as long as they get the proper treatment from time to time. Make sure your soil quality also matches the requirements that these flowers need, else you’ll make it even harder for them to grow.

Coneflowers look quite peculiar on their own, but when bunched with other beautiful blossoms, you can’t help but admire the color they have to offer. As the name suggests, the coneflowers have a prickly, almost pinecone-y appearance at the center(think more like a hedgehog sort of prickly). They often bloom in orange, yellow, and more commonly, pink!

They are contrasting the perennial coneflower from earlier – the annual sunflower! It’s probably the second-most popular flower you would think of, but it is still a very iconic flower nonetheless. These unexpected giants are very friendly, in the sense where they aren’t very picky with the soil they get planted in. However, you’re still going to want to plant it in full sun!

With a flower as bright as the sunflower, you’re not going to have to think twice about whether it will attract pollinators or not because it definitely will! When they’ve already served their purpose in your garden for looking pretty and spreading pollen, don’t forget that you can take the seeds and enjoy them as a delicious snack later on! ! Also, since sunflowers can grow very tall, you’re going to want to tie them to stake, so they don’t topple over!

Though sunflowers are more typically grown as an annual flower, there are some types of sunflowers that are grown as a perennial from the USDA Zones 4 to 8 – depending on the cultivar(variety) that the sunflower is. The giant variety – which is more common, can actually be used as a prettier alternative of a privacy screen if you don’t want to use bushes and shrubs.

Going back to the opposite side of the spectrum, color-wise and growth type-wise, we’re moving on to the lavenders. Consider which zones you plant perennials in. Favored for their rather lovely fragrance, lavenders make excellent border plants. Just make sure to plant them in well-drained soil and full sun. Don’t worry too much about these. Lavenders are also drought-resistant and require very minimal care.

Lavenders are also great for attracting pollinators – with how bright and vibrant the lavender color looks, it would go against the pollinators’ natures not to be attracted to that. If you do happen to live near wildlife like deer and rabbits, you won’t have to worry about them munching on your plants since lavenders repel them! Do keep in mind that different cultivars of lavenders can do better in either hotter or colder environments!

Since we’ve been alternating between a perennial and an annual, why not keep it going with the next annual flower that you can grow for the summer – which is zinnias! It’s hard to categorize the primary colors that zinnias bloom as since they just come bursting with plenty of colors – an explosion of various hues. The bright, cheery colors attract butterflies and hummingbirds.

Much like the other flowers mentioned earlier in the list, they will need some well-drained soil and are planted in full sun. Zinnias grow rather quickly, so they’re considered an excellent start for those who took an interest in growing flowers and want to start growing their own! You may observe a quirk from zinnias because their blooms come in different shapes, from daisies to dahlias to buttons to start!

Another perennial that we have on the list is given up to the hibiscus! Hibiscus are late bloomers when it comes to their cycles. Their actual blooming period comes during the late summer, and their dormancy period takes them a long time to break from. However, suppose you are just patient with these late fellows. In that case, you’re going to be rewarded with a spectacle of beautiful flowers that range from white, pink, or red – sometimes they even mix!

It’s pretty much standard by this point that you’re going to want to plant flowers in well-drained soil so that they don’t rot away at the roots. Once again, plant in full sun for the best results when it’s finally time for blooming! These flowers also attract butterflies and hummingbirds. Again, don’t accidentally mistake them for dead plants. It will take time for them to be active again.

It’s great whenever people want to start growing their flowers, be it gardeners, enthusiasts, or even those who just want to try it out! They all share the same reason for wanting to grow them – because they look a) look beautiful once bloomed and b) the fragrances they give off are simply divine.