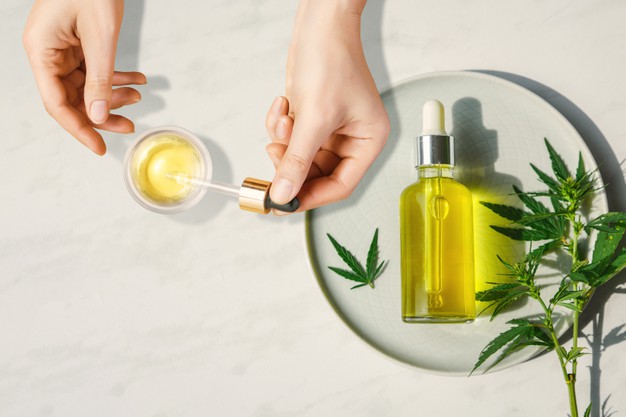 Hemp is one of the plants that man first began to cultivate, several thousand years ago, and according to some sources, several tens of thousands of years ago. But the CBD oil obtained from hemp has only been known recently. The first successful extraction of CBD from the Cannabis sativa plant occurred in 1940 at Harvard. Although from 1940 to the beginning of the 2000s new research was constantly conducted in favor of the use of CBD oil, it was only at the beginning of the new millennium that it came to the forefront.

And in the last 10 years, CBD has been all around us and you’ve probably noticed that until recently you haven’t even heard of CBD oil, and now it’s everywhere, from the grocery store to the billboards where it’s advertised. A very large number of people use it and many facts are known, and we also learn something new every year. If you haven’t used it before, we believe that you are interested in at least trying it and seeing for yourself if it works. So read things all first-time CBD oil users need to know to be fully prepared.

It makes sense to first learn what exactly it is that we will consume. CBD oil is obtained from either hemp or marijuana. Both hemp and marijuana belong to the cannabis Sativa family of plants and differ in the concentration of THC, which is very low in hemp and high in marijuana. CBD is actually abbreviated to cannabidiol and it is one of the compounds found in hemp and marijuana, just like tetrahydrocannabinol (THC).

Both hemp and marijuana have a high concentration of CBD, but since hemp contains below 0.5% THC, and marijuana can contain up to 30% of THC, then CBD oil from hemp is more popular. Since it doesn’t have THC in it, then it is not psychoactive. While the point of consuming marijuana is to be high, CBD oil has a different purpose and that is why you will mostly come across CBD oil which is a derivative of hemp. But of course, there is also CBD oil obtained from marijuana on the market, in those places where marijuana is legal.

We have already mentioned the issue of the legality of CBD oil in the previous paragraph, but that is a very important topic because you do not want to get into trouble, so we will say something more about it.

First of all, you should check the regulations and laws in the place where you live, because that is different everywhere in the world. But since CBD oil generally has less than 0.3 percent THC, which is the legal limit for THC concentration, then it is legal and that is why you can find it in most stores. It has been officially legal in the USA since 2018 when the Farm Bill came into force.

However, if the THC concentration exceeds 0.3 percent, then in significantly fewer places CBD oil is legal. Then the same laws apply for marijuana consumption, which means that in 18 states and D.C. legal and not in other places. While CBD oil is illegal only in Idaho and there are some restrictions in a few more states, but that’s it.

Ways to take it

You can consume CBD oil in a variety of ways, and the number of ways is constantly increasing, as the market is increasingly interested in products that contain CBD oil.

Smoking and vaping are very popular ways because that is how CBD reaches your bloodstream very quickly. You can find CBD flowers in CBD dispensaries. Vaping is another way, because CBD oil is very easy to add to a substance that is normally used for vaping.

You can also consume only oil or different tinctures, which is also a quick way to get into your bloodstream, although it generally doesn’t taste good.

If you want something delicious, then choose from a large number of edibles, among which the most popular are gummies. You can buy it, but you can also make it yourself. It will take a long time for CBD to reach your bloodstream because it has to go through the whole process of digestion.

More and more cosmetics containing CBD are available, most lotions and bath bombs. This is a great way if you want to treat a sore spot or inflammation, and for full-body relaxation. Click here to see many different types of cosmetics which contain CBD.

Although CBD oil is generally not psychoactive, you can definitely ingest too much, especially when it is your first time and then side effects will occur. Some of the most common side effects are nausea and diarrhea, although side effects are rare, mild, and not life-threatening.

In order to make your consumption of CBD oil as pleasant as possible, it is important that you know the dosage. According to some general rules and tips of those who have been consuming CBD for a long time, 20 to 30 milligrams is the ideal dose to start with. You may not feel anything after consuming such a small dose, but it is definitely better because you can increase your intake than if you ingest too much right away.

Over time, increase the dose until you discover which one is ideal for you. For some it is 25 milligrams, and for some 80, many factors affect it, so there is no single unique answer to the question of which dose is ideal.

The official position of the World Health Organization (WHO) is that CBD oil is safe for the vast majority of people. Pregnant women and other people with specific health conditions, as well as those who consume certain medications, should consult a doctor, but for all healthy people, CBD is completely safe. It is good to know that such a large and respectable organization as the WHO approves the use.

These are the 5 most important things that every first-time CBD oil user must know in order not to be scared and to make the most of CBD oil.