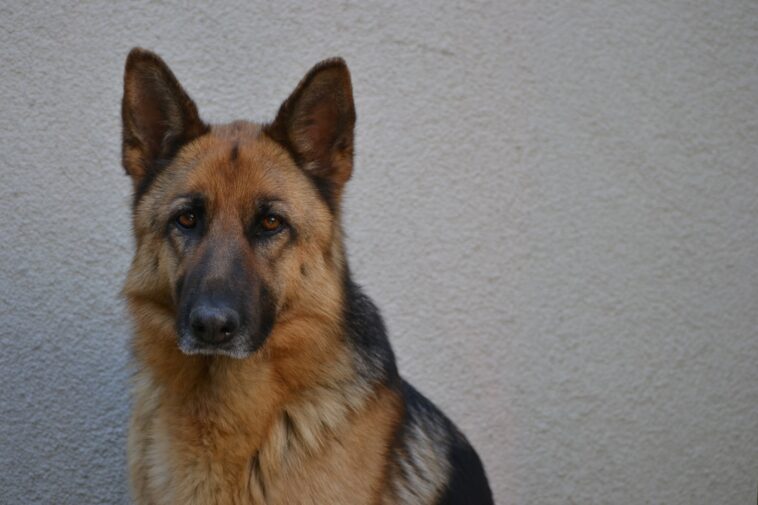 Are you looking for a new dog and found yourself looking at German Shepherds? Perhaps you are intrigued by the breed and want to find out what you can about them? Maybe you have adopted a German Shepherd and want to learn more about your new addition? Whatever the reason is that brought you here today, we are full of answers that should help!

These outstanding dogs are wonderful for so many different people! Whether you are adding to your family, looking for a night-time snuggle buddy, or company on long walks, a German Shepherd is a dog for you! But, we bet there are loads that you still don’t know about these dogs! And you don’t want to bring them home without knowing as much as possible about them, do you? The last thing you want is a hidden surprise!

Luckily for you, we are here to save the day! We have six facts you didn’t know about German Shepherds for you to enjoy today. Prepare to fill those gaps in your knowledge and find out more about these dogs. Don’t forget to check out  AnythingGermanShepherd, too, to become a German Shepherd expert today!

Yes, you read that right! German Shepherds have snagged the title as the second most popular dog breed in America! We don’t have a set reason as to why, but it’s probably down to how diverse German Shepherds are. They are wonderful pets and work well with families and children, but can be put to work too! These dogs have been used as show dogs, performing dogs in competitions and shows, and as guard dogs, providing protection. They are such good workers, even the Armed Forces and police use them! These dogs do fantastic work keeping our country safe.

With German Shepherds being both pets and working dogs, it’s no wonder they are so popular in our country!

German Shepherds rank third among all dog breeds as the most intelligent. Scientists published studies in ‘The Intelligence of Dogs,’ where German Shepherds proved their intelligence! They can learn a task after just five repetitions, making training them a breeze! The study also showed that 95% of the time, they obeyed a task the first time. No wonder they are used as working dogs, considering how responsive they are to training and commands.

Their intelligence and obedience are part of why they are so popular! You can train them easily to be part of your family and put them to work too!

With any dog, you want to be aware of any health issues or problems that could develop. These dogs are more likely to develop degenerative myelopathy. It’s worth noting that any dog can contract this neurological disease; it’s just more common with German Shepherds.

Thankfully, screening for degenerative myelopathy is available! You can ask your vet to run a DNA test (they aren’t too expensive) to see if your dog is genetically predisposed to the condition. The test is easy to perform, taking some saliva from your dog.

By screening for the test, breeders can breed out the risk of the disease. Doing so saves German Shepherds from deteriorating health and lots of pain. When purchasing your dog, you can ask the breeder to perform the test too. This will tell you straight away if your dog runs the risk of developing the illness, allowing you to prepare yourself better.

‘The father of the breed,’ Max von Stephanitz first bred these dogs back in 1889! He worked breeding shepherd dogs, but after seeing a yellow and gray wolf-like dog, he became intrigued and aimed to create something similar. This brought about the German Shepherd dog! He continued to breed them until he standardized German Shepherds, creating the popular Shepherd dog we know and love.

The breed today is slightly different from the first original breed. Originally, Stephanitz bred them to be working dogs only. He would also use further breeding to eliminate any defects, the goal being the perfect working dog. Think of the videos we see of German Shepherds today; that’s quite different from the original goal!

Both German forces and Allied forces used German Shepherds during World War One. They were used for a range of different tasks, including parachuting from aircraft! Their involvement made them even more popular in the US! Many soldiers even brought the dogs home after the war ended, keeping them as pets or working with the military.

Thanks to their efforts, the dogs were called on again in World War Two. In this war, German Shepherds had many different roles. They were used to find hazards and traps and warn soldiers about them. They also helped to deliver messages and provided assistance as guard dogs and rescue dogs when needed.

While German Shepherds are mainly known for their black and tan color, you can get them in eleven colors! The American Kennel Club recognizes eleven different colors of German Shepherds. Black and tan, as we mentioned above, but also black and red, black and cream, black and white, black and silver, black, tan, white, silver, bi-color, blue, gray, liver, and sable colors are all available!

While some of these colors are super common, others are very hard to come by! You should speak to your breeder about the colors they have available. German Shepherds that are blue and liver are usually considered to have serious faults. White German Shepherds aren’t common; you can even get disqualified if you take one to a breed and specialty event!

That brings us to the end of our German Shepherd journey today! We bet there were some facts there that you didn’t know about these wonderful dogs. And now that you have more information about three dogs, you can go and grab your new pet today!