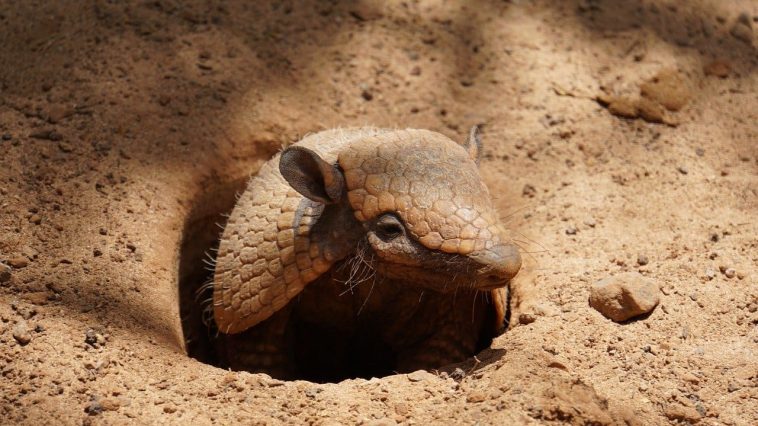 We recognize them as some of the toughest animals in the world.  Known for their tough survival instincts and hard, robust bodies, these animals have successfully braved the challenges of their daily lives in the harshest of habitats and with the least support for survival. Humans need to learn a lesson or two from these animals on how to be consistent in dire circumstances in life. As it is rightly said, tough times do not last but tough people do. Below we talk not about tough people, but some of the toughest animals inhabiting our planet. Check them out.

These giants inhabiting the natural African habitats are the largest land mammals. A major part of their life is spent out in the open Savannah grasslands under the blazing hot sun. The bodies of these elephants are well-equipped to handle the harsh climate and the deadly wild predators. These elephants have thick, wrinkled skin, which can be up to an inch in thickness. Elephants are considered as one of the best animals in the world.

The wrinkles on the skin trap the moisture to prevent it from drying. This helps to keep the elephant’s body cool during the hot daytime. Similarly, the elephants’ trunk is an elongated nose and can be used as a deadly weapon as well as a feeling organ. Their extra-large ears pump blood around them to help keep them cool.

Another variety of tough animals is those of the Rhinos. These heavy creatures can weigh up to 3500 pounds. They have a thick –layered skin that acts like a tough armour from the thorny bushes. They have thick, padded foot soles that act as shock absorbers for their heavy bodies. Their distinguishable large horn can gore any animal that attacks the rhinos. Rhinos love to enjoy a cool mud soak that acts as a natural sunscreen. Despite their heavyweight, they can still run at 40 mph.

Oxen are strong and dependable adult male bulls. They are part of the domesticated animals and are universally utilized to do heavy farm work. These beasts have great power and are more powerful than a team of horses used together. Oxen can pull weights equal to their body weight over medium distances. However, a team of oxen can pull over 12,000-pound weight over a short 6-8 ft stretch. These animals are known to be hard-working and sturdy creatures, who can do heavy and cumbersome farm work for long working hours with just as little as 4 hours of sleep!

Anacondas are the biggest snakes on the earth and inhabit the South American wetlands. The Green anaconda is the heaviest of all snakes with a weight of 227 kg and a width of nearly 12 inches. These threatening creatures belong to the family of boa constrictors who are not poisonous but can kill virtually any victim by wrapping themselves around it tightly till the victim suffocates to death. No one can escape from the tangles of a Green Anaconda. They are strong and powerful and have the power of at least 10 adult humans!

Commonly known as the “ship of the desert”, camels live in hot and dry environments in which virtually nothing else can survive. A camel can carry heavy loads up to 200 pounds on its back even in 110 degree F temperatures. They can comfortably go up to 8 days without water and more than a month without food. Camels are very well adapted to the heat and lack of hydration in the deserts. They can drop 40% of their body weight without serious consequences. They have a thick hairy coat that protects them from the heat in the day and keeps them warm at night. They have large feet that can spread their weight and prevent sinking in the sand while walking.

Siberian Tigers inhabit the harsh cold deserts of Eastern Russia, Siberia, and North-East China. Tigers have strong muscular bodies and can carry double their body weight. Their skin has a thick layer of fat below it and is covered with a very dense fur. Their stripes on the coat are lighter and fewer compared to other tigers. They can leap over 6 m distances and jump up to a height of 5 m. Their legs are powerful and they can patrol over long distances in the cold and snowy terrain in search of prey. Siberian tigers are brave and extreme fighters and can even hunt even large bears.

The gorillas are massive animals and are the largest primates on earth. They are four to nine times stronger than an average human adult. Gorillas have a formidable mix of strength and intelligence. A Silverback male gorilla can lift up to 815 kg weight, while a well-trained man can only lift a maximum of 400 kg. Gorillas also have thicker skins and skulls as compared to humans, and have very powerful jaws with sharp teeth. They have a great bite force and are among the strongest animals in the world.

The Tasmanian devil is the largest carnivorous marsupial on our planet, native to the Tasmanian Islands. It has a large head compared to its small body with sharp teeth and strong, muscular jaws. These devils can deliver one of the most powerful bites of any mammal. The Tasmanian devils’ jaws can open almost 80 degrees wide and it has a massive bite strength that can consume almost anything! These animals can fly into a rage very easily when threatened by a predator or when they fight for a mate. These voracious animals can appear very aggressive when angered with teeth-baring and frightening growls.

The Komodo dragon, inhabiting the Komodo islands Indonesia, are giant flesh-eating lizards. They have very rough and tough skins with armoured scales. These scales contain bony structures called osteoderms and act as a sort of natural chain-mail armour from neck to the tip of their tails.  Komodo dragons have good vision and can see objects as far away as 300 m. They have long claws, shark-like teeth and are venomous. They rarely attack humans, but when they do, they can kill a person within hours of a bite. It is one of the toughest animals in the world. It is also listed as one of the biggest animals in the world.

Armadillos are close relatives of anteaters and sloths. They belong to the Latin American regions and are the only living mammals that have bodies covered in armoured shells. They have bony plates that covering their back, head, legs, and tail. They have a pointed snout and small eyes. They can vary in size – from the 6-inch-long, Pink Fairy armadillo to the 5-foot-long, Giant armadillo. They are equipped with strong legs and huge front claws for digging. They have long and sticky tongues for pulling out ants and termites from their underground tunnels.

These are some of the toughest animals that have tough features to battle the harshness and severity of their climate and habitats. Besides these, crocodiles, jaguars, and hippos are also tough animals that can give any other animal or human a run for their life.