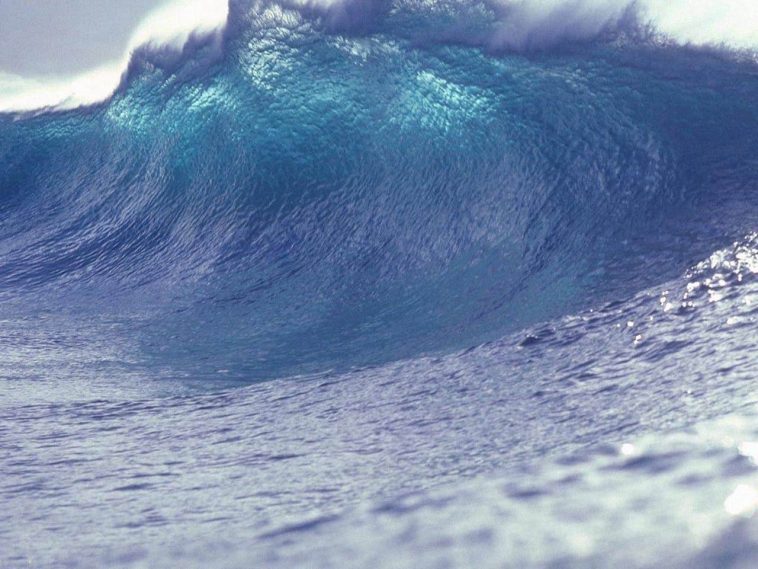 Mother Nature has always been known to be the kind and compassionate one, as the one who nurtures plants, animals and humans alike. However, at times, nature’s fury can be unleashed in full force without any warning. Hell breaks loose as massive earthquakes, powerful storms, dangerous volcanic eruptions and other natural catastrophes strike, taking millions of life and destroying vast stretches of land. Natural disasters have always posed challenges in front of humans in terms of curbing their intensity and preventing enormous scale destruction. Modern tools are being developed to recognize such events way in advance, but the powerful force of these natural calamities remain unconquered. Below we present the top ten most powerful natural disasters and their impact.

Earthquakes have been a significant source of disaster and destruction, and need no introduction. Violent seismic activity underground generates powerful waves above the ground that cause ground rupture and lead to a massive collapse of buildings, roads, bridges, or whatever comes in their field of activity. Some earthquakes even trigger landslides, fires and tsunamis.

The world is divided into seismic zones based on the intensity of quake activity and type of tectonic plates. Estimations show that more than 20,000 people get killed the world over from earthquakes. The most active earthquake zone of our Earth is the Pacific Ring of Fire. Japan sits at the top of this area, but they have among the best earthquake warning systems in the world.

Considered as one of the most deadly disasters, volcanoes cause massive lava eruptions from rupture in the Earth’s crust. Kilauea and Mona Loa in Hawaii are the most active volcanoes in the world, which erupt every 2-3 years. Volcanic eruptions may be mild – where merely steam and other gases are discharged, or they may be violent with massive outbursts of molten lava and great gas clouds. Our Earth has more than 500 active volcanoes; some are even located underseas.

Hurricanes are generally tropical cyclones, which are massive low-pressure systems that attract thunderstorm activity. They are the most potent force of nature, causing enormous destruction in one go. Strong winds accompany them at high speeds up to 110mph, and, heavy rainfall, typhoons and surge floods. The sea level rises during tropical cyclones, and the storms produce strong winds that cause heavy downpours in and around the shore area.

The Saffir-Simpson Hurricane Wind Scale estimates potential destructive hurricanes based on wind speed on a scale of 1 to 5.  Hurricanes, those reach Category 3 and above, are considered major hurricanes. Among the most recent hurricanes is Hurricane Sally in the northern Gulf of Mexico.

Tsunamis are massive water waves produced in seawater due to an earthquake which is generated within the Pacific Ocean floor. Large tsunamis travel from the ocean floor to the sea surface and can cause damage beyond measure to life, property, and buildings. Very high water levels due to these waves can cause heavy flooding that can devastate property and life. Tsunami waves can be anywhere from 30 m to a 100 m high! They can raze entire villages and small islands and can travel inland up to several miles.

Another real-life example of nature’s wrath is flooded. Water from rivers or other big water bodies can surge and overflow, submerging land that comes in its way. These volumes are so high that entire villages are swept away, along with houses, animals, and property. Floods can be due to rivers, storm surges, and even flash floods due to extreme rainfall. The Central China Flood of 1931 has been an exceptionally devastating flood that is known to kill as many as 3.7 million people.

A cloudburst is an extreme amount of precipitation in a short period. It can create flood conditions, along with hail and thunder. Rainfall from a cloudburst can be greater than 100 mm per hour. They can quickly dump thousands of metric tonnes of water in just 25 mm of precipitation in every square km area. Cloud bursts can cause flash floods and large scale disaster. Cloudbursts usually do not last for more than a few minutes, but they can flood the entire area.

A landslide is the movement of rocks or Earth that usually occurs on a large land area on a slope. Landslides are caused by rain, earthquakes, volcanoes, snowmelt or erosion that makes the slope unstable. Landslides often occur after heavy rainfall or rapid snowmelt or even floods. Huge chunks of land may slide off the hill under the heavy influence of water. Italy, Austria and China are among the top countries with the maximum landslides. The largest landslide ever recorded was connected with the 1980 eruption of Mount St. Helens volcano in Washington State, USA. It had a volume of 2.8 cubic km and travelled about 22.5 km down. It is one of the powerful types of natural disasters in the world.

Just like landslides; avalanches are massive snow slides down snow-covered mountain slopes. Vast layers of snow may collapse and slide down the slope due to weak layers of snow. A typical large avalanche in North America might release 230,000 cubic meters of snow. This snow is enough to cover 20 football fields with more than 3 meters deep snow! Causalities due to avalanches are recorded every year. Although less in number, they are fatal.

These are large fires which often start in wild areas. These forest fires can spread to hundreds of kilometres due to a lightning strike or drought conditions. They may also be initiated by arson or human negligence. Dry weather and strong windy gusts trigger these fires in the wild and give new strength to their rage. They spread rapidly and can be a threat to humans, property, as well as wildlife. It is one of the powerful types of natural disasters.

The US Wildfires of California, Oregon and Washington since August 2023 have devastated 470,000 acres of wild vegetation, causing substantial destruction. Australia also has been ravaged by the worst wildfires seen in decades. New South Wales had more than 3,000 homes destroyed, and the air quality in Sydney alone rose to 11 times above the hazard levels.

These are the most powerful and destructive types of natural disasters that can strike at any time and kill thousands of people mercilessly. Most natural disasters are caused by natural forces that lie beyond human control. But continuous human intervention in the Earth’s natural system has exposed us to more harm. It’s high time we learn to appreciate, protect and preserve nature.