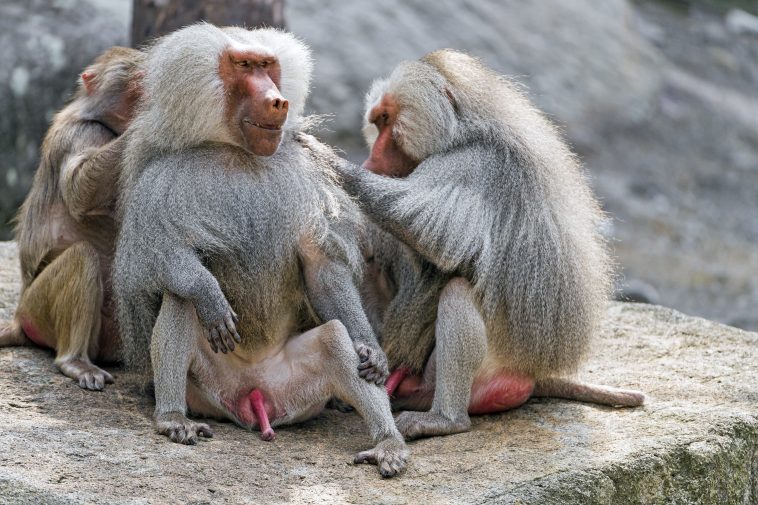 We humans always like to know about our past and our ancestral lineage. When we look at and explore the vast animal kingdom bestowed by nature all around us, it becomes a natural element of curiosity to trace our lineage. Human evolution has been one continuous process that led to the emergence of modern humans, beginning with the primates.  Homo sapiens emerged as a distinct species of the hominid family, of the Great Apes. We will discuss best types of primates.

Orangutan, gorilla, chimpanzee, bonobo, and humans- these are the five great primates. They do not have tails and are ahead of their cousin’s monkeys on the evolution scale. Any member of the biological order Primates is known as a primate. This group contains all the species related to the lemurs, monkeys, and apes, including humans. Below we explore the top 10 best types of primates all over the world.

Apes belong to the Old World tailless mammals that have inhabited Africa and Southeast Asia. Apes can be differentiated from monkeys by the complete absence of a tail. Moreover, they have an appendix and more complex and large-sized brains, along with human-like features. They can do abstract reasoning, can communicate properly and can also learn or get trained to make simple tools.

One of the types of primates, Gorillas are herbivorous apes that are native to the forests of Sub-Saharan Africa. They are the largest living primates who mostly dwell on the ground.  They have a well-developed social structure like humans and live in family groups of 5 to 10. Gorillas exhibit behaviour and emotions are similar to humans. These are mainly vegetarian animals who feed on stems, bamboo shoots, and fruits.  Gorillas share 98.3% of their DNA with humans and are very intelligent animals.

This is a species of great ape native to the forests of tropical Africa. The chimps are highly social animals like we humans. They have large family units and care for their offspring for years. They can live over 50 years of age. Chimpanzees are our closest cousins and we share about 98% of our genes with them. They spend most of their days in the treetops. Chimps travel on all fours on the ground, though they can walk on their legs like humans for as far as a mile. Presently, chimps are under tremendous pressure in almost all places where they live. It is one of the best One of the types of primates.

The orangutans are native to Indonesia and Malaysia. The word Orangutan means “Man of the Forest“, which has its origin in the Malay language. Orangutans are currently only found in the rainforests of Borneo and Sumatra, and they lead solitary lives in the lowland forests. They feast on wild fruits and have a shaggy reddish-brown fur. Adult male orangutans have prominent cheek pads called flanges. They are also equipped with a throat sac used to make loud verbalizations called long calls. They are heavy creatures who can weigh up to 500 pounds.

One of the types of primates, Monkeys come in various shapes, sizes, and colors. They are one of our closest relatives and are very intelligent. They have opposable thumbs, which they can use as tools. There are about 260 different types of monkeys on our planet. They are classified into two major categories-Old World monkeys from Asia and Africa, and the New World monkeys from the Americas. Old World monkeys have specialized cheek pouches where they can store food. They also have prehensile tails. These features are absent in New World monkeys. The world’s smallest monkey is the Pygmy Marmoset that is only around 5 inches.

The Baboons are another species of primates. They can be unpredictable and dangerous like all wild animals. They can attack humans when they feel threatened. There are five existent species of baboons- Chacma, Olive, Yellow, Guinea, and Hamadryas Baboons. All of them live in Africa or Arabia. Baboons can be abundantly found in the savannas and tropical forests. They do not have prehensile tails to provide grips, but they can climb trees.

Gibbons is another variety of Primates. They are classified as Lesser Apes because they are smaller than the Great Apes. These animals move about by swinging from one tree to the other in the rain forests. Gibbons have the longest arms of all primates compared to their body size. These animals are perfectly adapted to life in the trees and rarely descend to the ground. They are capable of performing acrobatic activities like hanging upside down, somersaults and swinging. Gibbons live in small family groups of 2-6 members.

The lemurs are found exclusively on the island of Madagascar. They have evolved from early primates. They come in more than 100 types in many varieties- from the tiny mouse variety to the largest ruffed species.  Most lemurs are small in size, have a pointed snout, large eyes, and a long tail. They live in trees and are active at night. They live in social groups of 13-18 lemurs. It is interesting to know that the Lemurs have the main tongue used for eating, and they also have a second tongue hidden under the first!

Ring-tailed lemurs use scent from their scent glands to mark territory. They can engage in “stink-fighting” – where the males rub their tails in their scent before waving it at an opponent.

Mandrills are the world’s largest monkeys. They are shy and reclusive primates. They are native to the equatorial rain forests of Africa. Mandrills are gifted with a colourful body by nature. They have blue and red skin on their faces and brightly hued rumps. These colors of the Mandrill become brighter when the animal is excited. Male mandrills have much brighter faces than their females. They also have very long canine teeth that can be used for self-defence. These move with long arms and spend most of their time on trees.

We, the Humans, are classified along with all other apes in a primate sub-group known as the hominoids. Modern humans and chimpanzees originated from a common ancestor. This was as long back as 6-8 million years ago. There is only about a 1.2% genetic difference in the genetic code between modern humans and chimpanzees. Today, scientists have recognized several physical and behavioral traits that classify humans under primates.

These are the top 10 Primates, including us humans. Evolution theories suggest that our closest living relatives are chimpanzees. The human lineage evolved from those of chimps about 7 million years ago. One of the earliest defining human traits was Bipedalism i.e. the ability to walk on two legs. Other important human characteristics,  like a large and complex brain, ability to use language for communication, and the ability to use tools, developed more recently.