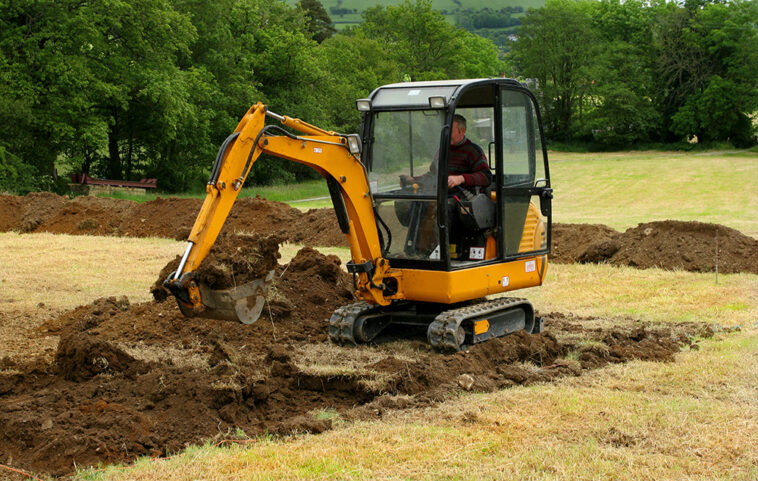 Excavators are without a single doubt among the most important machines within the scope of a construction project. Without excavators, the need for raw labor increases phenomenally due to the fact that digging and moving earth tasks would have to be done manually using raw labor. This would mean that more people will be needed for long periods of time doing jobs that excavators normally do. For example, it would take 10 raw laborers to dig a 15ft x 15ft x 3ft hole for a swimming pool 3 days working for 7 hours a day.

Then they will take another day or two to move the earth elsewhere or into a truck which means that what takes an excavator a few hours in a single day; will take 10 workers 5 days to do the same job. When the situation is converted into dollars and common sense, the cost of 10 laborers working for a few days will run into thousands of dollars and in contrast, it would only cost about 300 dollars by using an excavator hire service such as ScoopHire. The choice between hiring a mini excavator or a standard excavator generally depends on the size of the project and the environment.

The primary difference between standard and mini excavators is size. Standard excavators are generally much larger than mini excavators. As a result, they are able to do more heavy-duty work, such as digging trenches for utility lines or clearing land for construction projects. Mini excavators, on the other hand, are designed for smaller jobs, such as landscaping or working in confined spaces.

This is due to the fact that standard excavators which are larger and heavier are not too kind to their surroundings and in close quarters with limited space the potential for the surroundings to get damaged is quite high. It is due to this that mini excavators are more popular for home improvement jobs and landscaping as they are not only lighter, but they have adjustable track widths meaning they could reduce their width when moving through narrow paths.

Some even sport rubber tracks which are especially excellent for landscaping projects as the ground does not suffer from steel tracks.

However, for larger domestic projects where there are requirements for deeper digging and maybe demolishing existing structures, standard excavators would be the better option provided there is adequate space to run them about. Standard excavators usually have an operating weight between 14 and 23 metric tons and feature a boom that can extend up to 6 meters in length. Some standard excavators also have a thumb attachment, which can be used to grab and move heavy objects.Most standard models released within the last few years sport a component often referred to as ‘quick couplers’ that allow these latest models to accommodate an even bigger range of extended tools that range from steel cutters, concrete crushers, grinders, augers, wrecking balls, earth compactors and so many others that are integral to construction projects.

There are generally 7 primary types of standard excavators (electric powered excavators not included) and these are the basic tracked excavators followed by the wheeled excavator both of which normally come with a standard bucket and a boom to boot. Although both these excavators are able to perform the same tasks, what makes them different in essence is the terrain that they are used on. The tracked excavator is slow, but it is stable when used on uneven, muddy or rocky terrains which is a critical element (stability) when performing tasks. The wheeled excavator on the other hand is unstable on uneven terrain and is mostly used on flat hard terrain and moves faster.

Apart from the difference in mobility modes, there are specific types of excavators such as the suction excavator which is normally used for clean ups and fragile digging to prevent damage to areas of excavation that are not to be touched such as archaeological related excavation. Then there is the long reach excavator which allows excavation from a safe distance, these machines are generally used for land reclamation projects or river dredging or diversion projects.

There are many different types of excavators on the market, each with their own unique set of capabilities. When choosing an excavator for your project, it’s important to consider what type of job you’ll be using it for. Standard excavators are typically used for larger jobs, while mini excavators are better suited for smaller tasks. No matter what type of excavator you choose, make sure that it’s up to the task at hand and that you have the necessary attachments to get the job done right.