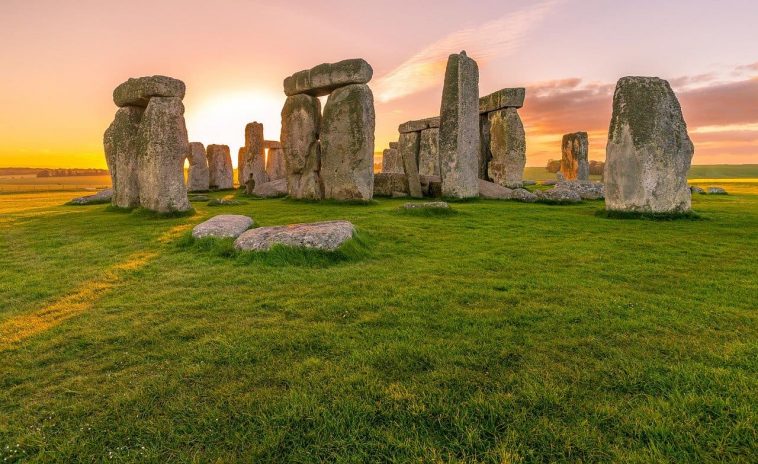 The human mind has its limitations. While mysteries and unresolved phenomena pose exciting challenges to the brain, not all answers or solutions come easy or timely. There are some incidents or events that still remain unresolved or stuck, no matter how many theories have been propounded or how much research has been done. Below we explore ten such unexplored mysteries of the world that still are awaiting answers even after thousands of years in history.

Unexplored Mysteries of the World

Three mysterious gaping sinkholes have been found in Northern Siberia. Many theories have come up about the craters’ origin. One has a cavity that was approximately 80 m wide, on the Yamal Peninsula; the second sinkhole is in the Taz district and has a 15 m crater; there is a third one with a 60 to 100 m hole in the Taymyr Peninsula. Over the years, it has been speculated that the cause of the strange cavities could have been aliens or meteorites; this part of Siberia contains deep gas fields. The terrain is also marked by several small lakes, formed thousands of years ago. Several investigations have been launched by scientists to find out the cause.

Stonehenge is a prehistoric monument in Wiltshire, England, and is regarded as a British cultural icon. The Stonehenge consists of a ring of about 4.0 m high and 2m wide standing stones. Many aspects of Stonehenge, such as how it was built and for what purposes it was used, remain subject to debate. Several myths surround the stones as there are no written records to support their existence. The site consists of these stones in a horseshoe arrangement of the five central trilithons, the heel stone, with a big rock in the centre. It is interesting to note that these stones are aligned to the sunset of the winter solstice and the opposing sunrise of the summer solstice. It is one of the unexplored mysteries of the world.

The Bermuda Triangle is also known as the Devil’s Triangle or Hurricane Alley. It is a triangular region in the North section of the Atlantic Ocean. Here several aircraft and ships are said to have disappeared under conditions that remain unexplained and mysterious. Some speculate that unknown and mysterious forces like extraterrestrials, while some co-relate it to the lost city of Atlantis, where vortices suck objects into other dimensions. However, all these have been disregarded as whimsical ideas.  Some explanations are based on scientific theories like oceanic methane gas eruptions and disruptions in geomagnetic lines of flux.

One of the unexplored mysteries of the world, The Copper Scroll (3Q15) is one of the three Dead Sea Scrolls found in Cave 3 near Khirbet Qumran. This manuscript hints at a hidden treasure whose location has not been traced so far. While the other scrolls are written on parchment, this scroll is written on copper. The speciality of this scroll is that it is a list of places where various gold and silver items were buried as treasure. The language written on this scroll bears a resemblance to the Mishnah language. The forms of letters and dates (c. 50–100 CE) relate to the Qumran manuscripts.

The Voynich manuscript is an illustrated codex hand-written in an unknown writing system with a looped alphabet. Archaeologists predict that this manuscript had been composed during the Italian Renaissance in the early 15th century in Italy. No one has any idea what the pages say or even what language it is.  Researchers put forward new translations every year, but none have stuck so far. Recently, researchers claim that the mysterious text has been written in Old Turkish. Some say the script bears a resemblance to Hebrew; whatever be the language, it has still not been deciphered.

The Nazca Lines are a group of enormous geoglyphs found in the Nazca Desert, Southern Peru.  Altogether, there are over 800 straight lines, with about 300 geometric figures and 70 animal and plant designs in these geoglyphs. They are estimated to be created between 500 BCE and 500 CE. Archaeologists believe the Nazca culture, which flourished from 1- 700 AD, created these Nazca Lines. Till today, the purpose of the lines continues to elude researchers as there are no written records from this culture. Some archaeologists say that these lines are linked to the heavens, and represent constellations in the sky. It is one of the unexplored mysteries of the world.

Peru has been the wonder ground of ancient civilizations. Another well-known prehistoric geoglyph, The Paracas Candelabra, is found in Peru, upon the northern face of the Paracas Peninsula at Pisco Bay. This geoglyph is estimated to belong to 200 BC. It looks like a giant cactus plant with a branchlike appearance. It resembles a three-branched candlestick, or “candelabra.” The purpose and meaning of the Candelabra remain unknown. Some speculate it as a holy symbol, while some consider it as a navigational tool for sailors.

The Phaistos Disc is a clay disk found from the Minoan palace of Phaistos on the Crete Island. It dates back to the middle or late Minoan Bronze Age. The disk is about 15 cm in diameter. It is covered on both sides with a spiral of 242 mysterious symbols. Archaeologists believe that the Phaistos Disc depicts a highly- developed and Bronze Age writing system in Europe. Some archaeologists believe that the disc has Minoan language symbols and pictographs. However, they are still not been able to decipher.

On August 15, 1977, a strong narrowband radio signal was received on Ohio State University’s Big Ear radio telescope. The University at that time was working on the search for extraterrestrial intelligence. The message appeared to be an alien radio signal that came from the direction of the constellation Sagittarius. It lasted for full 72-second seconds.

Astronomer Jerry R. Ehman reviewed the recorded data. He was impressed by the result that he received on paper as a computer printout that read “6EQUJ5”. He wrote the comment “Wow!” on its side, leading to the signal’s widely used name-the WOW signal. It has not been detected since then, despite several attempts by Ehman and others. Many hypotheses have been suggested for the origin of the emission. None of them has been able to explain the signal adequately.

This valley is an area of great scenic beauty in Jatinga, Assam, in India. Renowned for its Bird Mystery, this place has thousands of birds that come from different locations each year and fall down dead, as though committing suicide. In the late monsoon months from September to November, and in the late evening hours filled with wind and fog, many local bird species like herons, kingfishers, and bitterns come flying at speeds, circle around, and fall dead. Ornithologists have still not been able to explain this curious phenomenon.