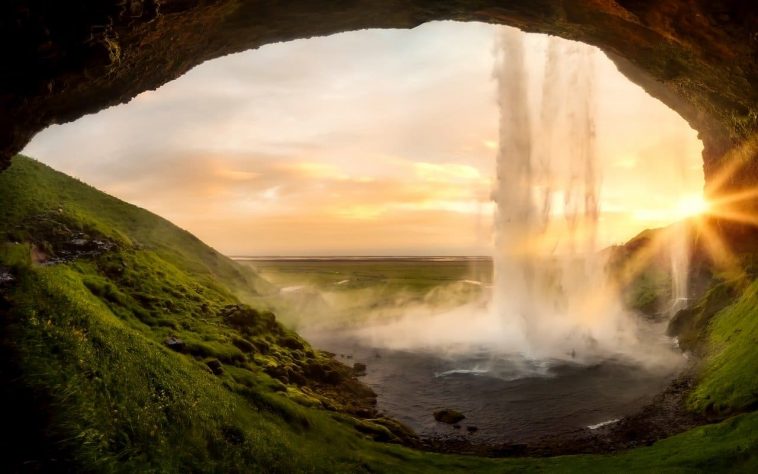 It is a big wide world with all kinds of places to explore and discover. You have the most beautiful and exotic locations in the world, and then you have the weirdest and the most dangerous places in the world. In between, there are some unusual countries on this earth. You may have heard about them, but never gave it a real thought to visit any of them. Here we present a list of 10 unusual and under-rated countries that you must visit. Each country has a uniqueness to it and offers a rich blend of traditionalism with modernism, beauty with urbanism.

Unusual Countries You Must Visit

Norway is arguably one of the most beautiful and best countries on earth. It’s famous for its natural attractions like deep fjords, snow-capped mountains, and the arctic midnight sun. It is also well known for a vibrant cultural life. Norwegian cities like Oslo are cosmopolitan and full of stunning Scandinavian architecture. This is the place with the highest living standards, and a rich economy and offers visitors an incredible mix of cultural and natural wonders. In Norway, the phenomenon of the aurora borealis offers wonderful spectacles. The Northern Lights are a common occurrence in Norway’s skies above the Arctic Circle, and Tromso and Bodo are the best places to be.

Iceland is a Nordic island nation and has a well-defined landscape with volcanoes, geysers, hot springs, massive glaciers, and lava fields. You can plan to relax in Iceland’s naturally heated geothermal springs for unique health benefits. Iceland is a hiker’s paradise with the Laugavegur trail. More than half of the country has large areas covered with colourful mountains, lava fields, glaciers, hot springs, lakes, and black sands. In Iceland, volcanic activity is a fact of life. The largest of Norway’s fjords, Sognefjord is a beauty in itself. It is one of the unusual countries you must visit.

Jordan is an Arab nation on the east bank of the Jordan River. It is defined by ancient monuments, nature reserves, and seaside resorts. It is home to the famous archaeological site of Petra, the Nabatean capital which dates back to 300 B.C. Petra is also known as the “Rose City.” and is set in a narrow valley with tombs, temples, and monuments carved into pink sandstone cliffs. Jordan is a very safe country to visit in the Middle East. It is also a UNESCO World Heritage Site and one of the new 7 Wonders of the World.

Vietnam is the land of beautiful mountains (like Mai Chau), amazing seas and the Halong Bay. The Giant Hand Bridge is a jaw-dropping tourist attraction is located in Da Nang, Vietnam. Vietnam has two rivers, the Mekong in the south and the Red River in the north of the country. They reach the sea spread over huge swampy delta plains. These areas are very fertile, ideal for growing rice and other crops and house the majority of the country’s population. This incredible country is waiting for you to explore, with its unspoiled islands, beautiful beaches, delicious food, fascinating culture, and amazing history.

The ancient Greeks are known for their contributions to philosophy, mathematics, astronomy, and medicine. Literature and theatre are still an important aspect of Greek culture. It is one of the sunniest and best European countries in the world with more than 250 days a year of sun. It has more than 2000 islands, out of which only 170 are populated. Ikaria, in Greece, is what the scientists call a “blue zone” where people have the longest lifespans in the world. Greece is home to the loggerhead turtle and the monk seal and some exotic species of wildlife.

Aruba is an island country in the southern Caribbean Sea and belongs to the Kingdom of the Netherlands. San Nicolas is a multicultural destination, while Boca Grandi is a kite surfer’s paradise. Aruba’s consistently sunny weather and stunning natural beauty of palm-fringed pristine beaches make it the ideal backdrop for any dream wedding. Diving and snorkelling, hiking and horse-riding, and exotic seafood are the top attractions in this island country.

Costa Rica bridges the northern and southernmost points of the two American contents. Due to its geographical location, Costa Rica becomes the meeting point of a variety of cultures and a density of plant and animal species. The Tortuguero National Park, located in the Northern Caribbean side, is a little Amazon rainforest, surrounded by a system of natural canals and lagoons running from southeast to northeast.

Costa Rica´s volcanoes are among the most mesmerizing in the world and form part of the Pacific Ring of Fire. The volcanoes and surrounding areas are also popular areas for hiking, camping and mountain biking. Costa Rica is the perfect place for diving with a massive marine surface and immense biodiversity.

Morocco is a gateway to the African and the Arab world. It is situated on the northwest tip of Africa and is a meeting point for civilizations and continents. Morocco is known for its geographical diversity and richness -the captivating Atlantic and Mediterranean coastlines, the vast mountainous forests, and the glittering Sahara give Morocco a unique character. Casablanca, Rabat, Tangier, and Marrakech are the most diverse cities in Morocco enriched by several historical museums, galleries, and monuments.

Bhutan is a Buddhist kingdom on the Himalayas’ eastern edge. It is known for its monasteries, fortresses or dzongs and dramatic mountainous landscapes of steep mountains and valleys. The High Himalayan peaks offer popular trekking destinations. Paro Taktsang monastery, also known as Tiger’s Nest, lies in the cliffs above the forested Paro Valley. Bhutan is known for its natural beauty, forest conservation, great cultural heritage, and biodiversity.

Liberia is a country in West Africa. It is one of the world’s youngest countries and is just 171 years old. It has the Sapo National Park, which is the country’s largest protected reserve and home to 125 types of animals and 590 types of birds. Liberia is also popular for its cycle tourism. The West Africa Cycle Challenge takes interested riders from Bo, in neighbouring Sierra Leone area, to Monrovia, which is a surfer’s haven. They raise money for the charity Street Child along the way.

These are some of the unusual countries you must visit around the world. Not all of them are great tourist destinations, but they are definitely worth giving a try if you are in quest for novelty.