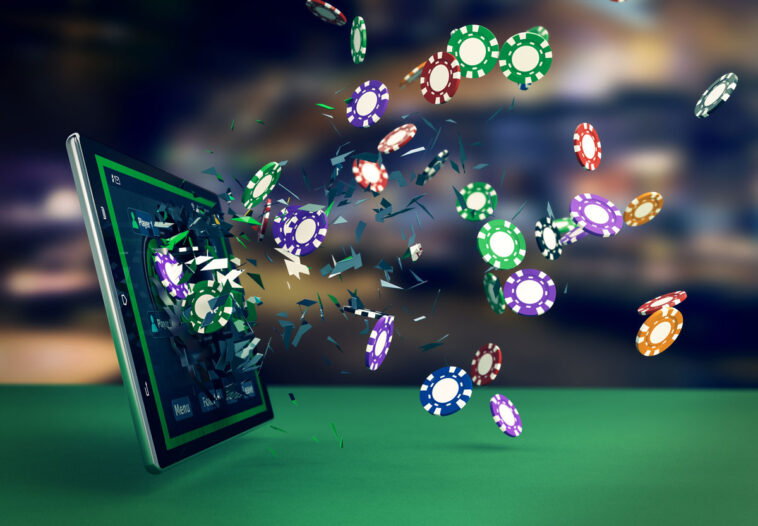 Alongside the massive growth of the global gaming industry, the iGaming industry – which comprises of digital real money gaming and wagering activities – has been soaring in popularity across the globe since the mid-2010s. Along with providing new business opportunities and boosting economies, emergent iGaming markets are experiencing revolutionary growth.

iGaming activities in the U.S. and Canada were largely relegated to offshore gaming during the early days of this burgeoning market’s development, leaving players with limited options – particularly when it came to sports betting practices. However, the tide has started to turn significantly since the beginning of the new decade.

Consistently, since 2018, more and more states and provinces have proposed new laws to regulate the practice of iGaming, opening up online casinos, poker and sports betting activities within their territories.

With remote casino and poker gaming worldwide now on a par with traditional video gaming in terms of quality and mainstream acceptance, this article will chart the US and Canadian iGaming revolution.

A Breakdown of iGaming Verticals

The iGaming umbrella encompasses a variety of digital activities that have real money wagering as their base. This includes numerous games, such as those typically found in a land-based casinos, classic sports and event betting, lotteries and monetary competitions.

In the gaming vertical the whole range of casino games can be found, varying from mindsports such as poker through to games of chance like online slots. Bingo is also contained in the gaming vertical, although this is less common than card and table games. Occasionally, monetized versions of games like Rummy or even Mahjong may appear on iGaming sites, as some territories are yet to develop and launch comprehensive online casinos.

As the name suggests, the sports betting vertical encompasses all real money wageing activities made on any event with an open betting market, be that a sports events or public event like an election.

There’s also a discussion around whether the burgeoning play-to-earn (P2E) sector brought about with the rise of NFT and blockchain gaming is technically considered an iGaming activity. However, since P2E games typically only reward players with in-game tokens for completing tasks or achieving pre-specified objectives, gamers aren’t playing for prizes or wagering any of their own money in the process. There are clear parallels between P2E and iGaming, but for the purposes of this article we won’t be covering it.

iGaming in the U.S.

In a landmark 2018 ruling, the U.S. Supreme Court made the decision to overturn a federal ban instigated by the Professional and Amateur Sports Protection Act of 1992 (P.A.S.P.A.). Until that date, digital real-money gaming activities were only legalized in the states of Nevada, New Jersey and Delaware. This meant that only players who were resident within state boundaries could access games like remote poker – a vertical that was enjoying stellar growth in other leading Western gaming markets.

In the aftermath of the landmark ruling, remote casinos, poker rooms and sportsbooks began to open across the country. New Jersey was the first state to open remote sports betting platforms within months of the Supreme Court’s ruling. In the winter of 2019, Pennsylvania joined the big three gambling states when the PokerStars platform went live in the state. Less than two years later, Michigan joined the four states when it too went live with remote poker gaming.

Now, more than half the country has legalized online real money wagering activities, with the majority of states focusing on sports betting. A total of 23 states, including Colorado, Connecticut, Illinois and Kansas, as well as Washington D.C., now permit online sports betting for residents. Meanwhile, both the online casino and online poker verticals have now been legislated in six different U.S. states:

Several states have also experienced record revenues generated by emergent remote gaming platforms in conjunction with the rise of digital game as a whole. In the likes of Pennsylvania and New Jersey, for example, the years 2020-2023 were characterized by new monthly records for revenues and profits.

Additionally, more states are in the process of legalizing iGaming, be that online casino or poker platforms or sports betting opportunities. Maine, Maryland, Massachusetts and Ohio are the four states with pending legislation for online sports betting, while expansion into remote poker has been discussed in both California and New York at state level.

In the Great White north, iGaming is still very much in its developmental stage. However, significant progress has been made in recent years that has seen the country begin to move with the times and embrace the economic potential in the industry.

In June 2023, the Canadian Senate passed bill C-218, The Safe and Regulated Sports Betting Act, which legalized single-game digital wagering. Until then, Canadian gamers were confined to using international platforms, operating on an “offshore” basis. Given that offshore gaming is such a gray area of the market – despite being wholly legal to engage with in the Canadian territory – it was impossible to regulate within the country and exposed gamers to potential risks.

Since April 2023, however, Canadian gamers have been able to enjoy an emerging live remote gaming industry. Ontario was the first province to truly get the ball rolling, launching a series of platforms and sports betting apps during spring 2023. Gamers in the province can now check where can they play poker in Ontario on sites like PokerNews, watch entertainment events, and even participate on eSports tournaments.

The presence of well-known poker brands in the province has also brought about a growing suite of online casino games that are accessible to Ontario residents. Five leading iGaming operators, including the PokerStars brand, have launched online gaming platforms and apps during the past seven months.

While Ontario remains the most well-equipped province for iGaming in Canada, these developments have set a precedent that the rest of the country is sure to follow in the years to come.