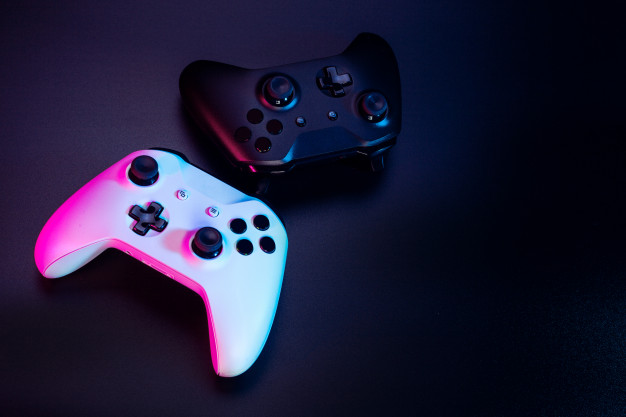 It’s no wonder that terms like “gaming” can refer to either gambling or video games. After all, the ultimate goal of both of these is to win (sometimes even regardless of how you do it). But without getting too technical, how exactly do video games influence betting and gambling? Let’s find out together by looking at some of the more subtle nuances.

First off, Let’s See the Difference

Gaming involves skill. Any video game that you’ve heard of, or at least most of them, requires the player to learn a few simple rules before being able to partake in the action. Even certain casino games can be considered “gaming” since they involve skill (take Poker for instance).

Gambling, on the other hand, requires no skill, only luck. You don’t need any skills for a slot machine. You just need to be lucky enough to get a match. Finally, betting can be present in both video games, casino games, and slot machines alike. It’s the simple act of waging a certain amount of money on a winner, a certain action, or a particular outcome depending on the rules of the game.

Think about what goes through the average gamer’s mind when connecting to an online server for, let’s say, Call of Duty Warzone. What is their ultimate goal? Winning, of course. How do they apply those tactics? You might be surprised, but it’s very similar to poker. Players, consciously or not, adapt to their enemies’ tactics to try to outwit them.

Similar to online poker, video game developers can also entice players with rewards and the ability to place bets on one another, thus increasing their engagement rate. If you want to see how such a CRM works in practice, you can check out BetConstruct.

And this is exactly where we were trying to go: the end screen of the game. What happens next?

The winning team gets rewarded with stats increases, loot boxes, and whatnot. The losing team, on the other hand, may not lose any money necessarily but if the game took place within an eSports tournament, people who placed bets on the losing team would say goodbye to their investment.

But CoD is just one of the newer examples. Even games like Counter-Strike from 1999 allowed community management in such a way that people could bet on individual players or teams. And let’s not forget the good old arcade games, and especially the legalized child gambling games known as Penny Arcades.

Microtransactions, Loot Boxes, and Other Controversies

The video game industry has seen many controversies this past decade, similar to how the gambling industry is perceived by most people. EA Games have been sued multiple times for practicing gambling in the form of loot boxes and mystery gifts. Other companies have also had a hard time staying away from controversies because of how they entice children to spend real-world money on loot.

Now, we’re not saying that these practices, or gambling for that matter are terrible on their own. Adults have the right to spend their money how they see fit. However, we do not encourage companies to manipulate players into gambling without them being 100% conscious about this decision. We find that this practice hurts the community and only brings forth more lawsuits than necessary.

Maybe you’ve noticed that during the past few years video game competitions have risen to new levels. If you would’ve looked at multiplayer video games one or two decades ago, you wouldn’t see the vast number of players like today, and certainly not these huge crowds by far. What has caused this phenomenon?

Well, first and foremost, bettors who used to only focus on physical sports have seen the potential of betting on video games. And pro players have been attracted by the idea that they could get serious cash by getting good at their favorite games. It’s as simple as that. From League of Legends to Dota 2, Fortnite, and other similar games, you can find a lot of eSports that people are willing to bet on.

Can you bet during a game?

Yes, most betting websites related to eSports and video game betting allow users to bet during a game. This is one thing that has been popularized by this exact phenomenon, as the sports betting scene didn’t have such an option prior to this. Or, at least, not that we know of. In any case, yes, if you ever want to bet on eSports, most platforms allow for this option.

Is betting on a game illegal?

It depends on the jurisdiction that you’re in. However, if a gambling website that’s located within your state offers you this option, then it’s most likely legal if you’re not a minor. Nevertheless, it’s best to check the current laws and states of affairs within your jurisdiction to avoid committing a crime or misdemeanor without even knowing it.

Is eSports betting legal in Canada?

Yes, eSports betting is completely legal in Canada as of writing this article. Of course, we recommend checking your local jurisdiction’s laws before doing so. Again, the reason we say this is that you never know when the law changes. It’s better to be safe than sorry. And while we don’t condone gambling, we understand why some people might want to do it, especially if it’s about a niche product like video games.

Video games have more in common with gambling and betting than people think. However, we think that the line between the two should be fairly clear, especially because there are many children who play online video games. What are your thoughts on this issue? Leave us a comment below and let’s get a discussion started.