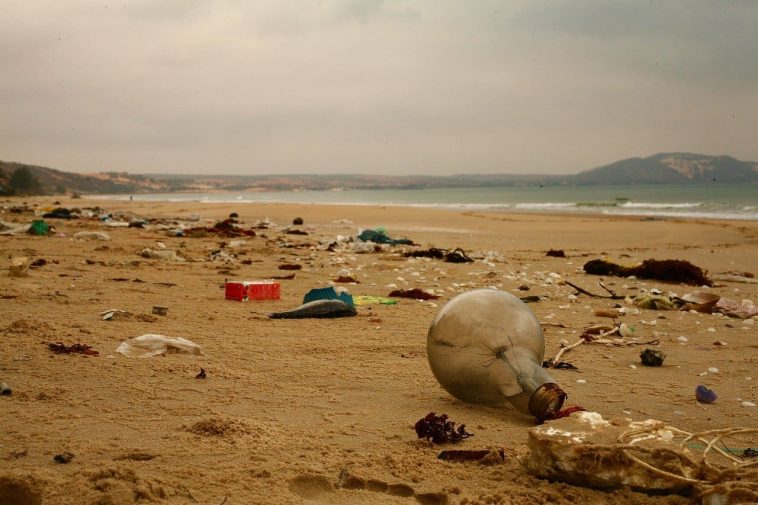 Before talking about, What is the great Pacific garbage patch? First please think where is all the garbage is going? We are saying this because once we throw the garbage out of our homes, we think it’s gone from our lives, however, it still remains for years and great Pacific garbage patch is one of the primary examples. It is also known as the Pacific trash vortex or you can say a visual representation of where garbage can end up after it’s trashed.

The patch got accumulated because of a large system of ocean currents and actually it can be divided into two patches that are “Eastern Garbage Patch,” (between Hawaii and California) and “Western Garbage Patch,”(eastward from Japan to outer Hawaiian islands). Now, these two sperate patches are connected by the 6,000-mile-long ocean vortex.

What is the Great Pacific Garbage Patch?

The garbage patches can be defined as the increasing concentration of marine debris that is caused by the large sets of ocean currents known as gyres. You all must be thinking how big they are? since the gyres are dynamic, the garbage patch is also continuously changing and it is quite difficult to estimate the size of garbage patches. The areas where we have greater amounts of marine debris it is known as “islands of trash.” and the trash is actually mixing and spreading throughout the water column all over the surface of the water column.

What kind of marine debris do we see in great Pacific garbage patch?

The primary marine debris is made up of plastic pieces less than five millimetres in size known as microplastics. These are the result of larger plastic debris breaking into smaller pieces because of exposure to natural phenomena like sunlight, wind, and waves. It is also a result of microbeads found in some personal care products or even microfibers from synthetic clothing. It is also quite possible to sail through this debris without even realizing the major or large garbage patches in the area. Now, the question arises Can we clean them up? the answer is it is quite difficult because these plastic particles are too small and it is quite difficult to remove them all. Now, let’s talk about people role in decreasing the marine debris in great Pacific garbage patch, We all should work towards zero waste policy and need to change our lifestyle and work towards creating less debris.

How Humans tried to clean the Great Pacific Garbage Patch?

There is an attempt made to clean the Great Pacific Garbage Patch where it is cleaned by bit-by-bit. The process is invented by a 25-year-old Dutch inventor who created an Ocean Cleanup Project and a unique cleanup system to catch floating plastics without bothering the marine life below the patch. It is believed that this project will clean up half of the marine garbage. According to National Geographic, the debris is not at all visible from space. So, all the claims are false.

This is how we can define What is the Great Pacific Garbage Patch. Kindly share and do post your comments.