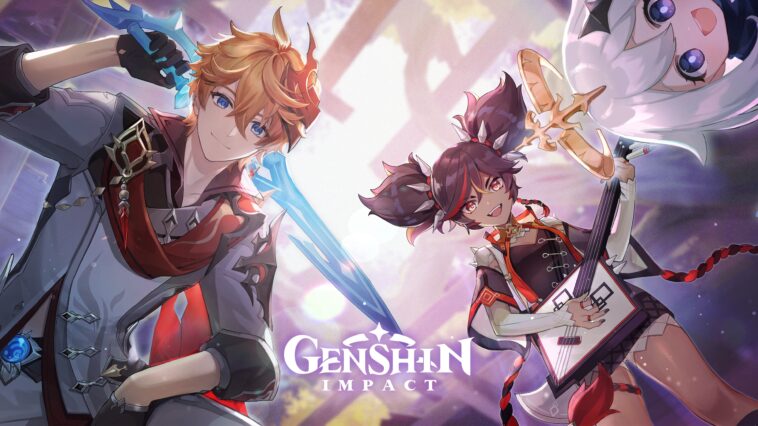 Have you already become a serious fan of the Genshin Impact game –  or have you just noticed that everyone around you is playing it? Players around the world have simply gone crazy for this game which covers almost everything – from those who are fans of Asian RPG games, to those who like to play the game with their friends in the long run. So what’s the secret to the popularity of Genshin Impact? Try to judge for yourself when you read the text below.

Genshin Impact is a free video game that you can play on PC, PlayStation 4, and Nintendo Switch consoles – but also on mobile phones and other devices that support Android and iOS. This global game blockbuster from publisher miHoYo – has raised over $ 240 million from players, just in the first month.

This is definitely one of the biggest debuts of a video game on mobile phones ever. In the first week alone, the developers earned about $ 60 million from transactions. Furthermore, that number did not decrease, but they earned approximately the same amount in the following weeks in the first 30 days. Genshin Impact was the largest global revenue generator on the Google Play Store and App Store as well.

This game became so popular that it surpassed game hits such as Honor of Kings, or Monster Strike. There were almost no games that made that much money in the first month alone – so Genshin Impact got the epithet of one of the greatest RPG games ever.

What Is The Essence Of This Game?

The story of this game follows the twins Lumineu and Aether who arrive from another dimension in this unknown world. There, they are immediately attacked by a hostile deity. During the battle, one of the twins is captured. Who it will be will depend on your choice – and then the remaining sibling will go in search through this strange world.

You will meet Paimon, a little flying elf creature who will become your faithful companion and advisor, both while learning the basics of the game – and later as you unwind the story and explore unknown spaces. In these adventures, you will be joined by colorful characters that you’ll come across. Their abilities will be of invaluable help in overcoming the challenges that Genshin Impact puts before you.

There are numerous reasons for the huge popularity of this game. First of all, we must point out that the publisher, the Chinese miHoYo, mastered the developing skills on the previous game Honkai Impact 3rd. For such a big number of players, it is also important that Genshin Impact is available on both PC and PS4 – as well as on mobile phones.

Also, when it comes to more than twenty million players, we can point out that there are about fifteen million of them in China – and only about six million in the west. However, that would be a search for an explanation in relatively irrelevant data, and not in essence. And the bottom line is that Genshin Impact is actually a damn good game.

The first thing that you will notice in Genshin Impact, and one of the strongest pillars of its popularity – is that it looks and sounds beautiful. As soon as you take a look at the fantastic expanses, you will be enchanted by the striking visual style, supported by great graphics – as well as the impressive atmosphere of the world that simply entices you to immerse yourself in it. Then, there is the pleasant Ambiental music that completes the entire experience.

The action of this game was raised on an audio-visual basis. You can also enjoy quality fights, based on changing and combining heroes and their physical and elemental attacks – as well as on an almost obsessive gathering of everything and everything for additional activities. Of course, you also have your own weapons that you can boost over time – as well as the items you need to collect.

When you check this out, you will see that you can even raise your rank faster than you think. Sure, it will take you some time and some money – but it won’t diminish your enjoyment of this phenomenal game.

Game lovers who have already enjoyed games like Switch, or The Legend of Zelda – will be able to notice some of the obvious similarities between these games and Genshin Impact. It’s true, both games follow the game design rules of Asian action RPGs – however, Genshin Impact ​is still quite different. Namely, to the partial disappointment of the gaming community – Genshin Impact is the so-called “gacha” free-to-play game.

Gacha is a Japanese term for what has become hated in the gaming world in recent years. This primarily refers to spending valuable in-game resources, or optionally, real gambling money – which may or may not bring you the heroes and equipment you want. Fortunately, you can get them through the game, but much, much slower.

Genshin Impact is a truly fantastic adventure. And even though this game relies to some extent on games of a similar type as well as on the famous anime – playing Genshin Impact will still be a special experience for everyone. Also, the gacha model has some drawbacks, but still, great graphics, music, action, fighting, etc. –  make this game one of the most popular games on the market right now.

Like all free titles, Genshin Impact will continue to evolve and grow, as developers are constantly making new patches and additional content. Whether this evolution will go in a positive or negative direction – we still cannot say with certainty. However, for now, Genshin Impact can be a source of top-notch free entertainment. Therefore, we should not be surprised by the large community of players who are fans of this game. If you haven’t played GI yet, give it a try – and we’re pretty sure you’ll become one of the fans too.