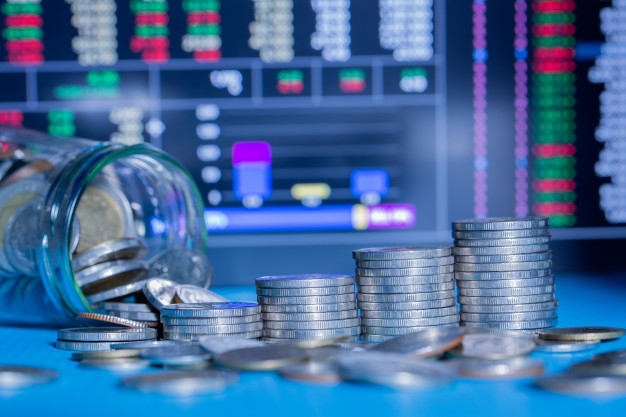 Zions is a collection of seven community banks with operations in the Western U.S. This structure allows the company’s affiliates to operate ‘locally’ but with the backing of a large institution. Beststocks.com has reported that the company’s focus is on improving retail customer service, while also strengthening risk management and financial performance. The company has strong capital levels and a high loan-to-deposit ratio and is benefiting from reduced regulatory oversight. Zions has also streamlined its corporate structure by merging the parent company into its operating bank subsidiary, further reducing regulatory costs.

Noninterest expense rose 7% to $442 million due to a one-time $30 million charitable contribution. This lowered EPS by $0.14.

Zions is in the final phase of a three-phase project to replace its core loan and deposit system. It has migrated all consumer, commercial, and CRE loans to the new system, and will now focus on the further digitization of the deposit side, mobile banking, and account opening processes. Work on the final phase was temporarily suspended in 2Q but resumed in the second half of 2022.

We expect the net interest margin to face pressure and net interest income to be flat to lower in the current rate environment.

Credit quality remains strong despite the increase in provisions and the adoption of CECL. The nonperforming assets to loans and leases ratio was 0.79%. Net charge-offs in 3Q rose to $52 million from $31 million in 2Q, all in the commercial and industrial segments.

Total net loans were $55 billion on September 30. Oil and gas loans totaled $2.5 billion, representing 5.8% of the total book. Classified loans represented 3.4% of total loans. Zions has identified $4.1 billion of loan balances (8.4% of loans) in industries most impacted by COVID-19. Retail-related loans represented 2.3% of the total loan book, with smaller percentages for hotels & casinos, restaurants, airlines, dental practices, and daycare facilities. Some 28% of the companies identified in troubled sectors received PPP loans through Zions, and 16% were either deferred or modified. We expect future earnings pressure due to potential defaults on loans to companies in these industries.

At current prices near $31, down 40% from their 52-week high, the shares trade at a discounted 0.83-times tangible book value. While we recognize the near-term headwinds facing the company, we note that significant discounts to book value have historically provided sound buying opportunities for the stocks of banks with strong fundamentals. ZION also carries an attractive dividend, with a yield of about 4.5%.

Wolverine World Wide Inc. (NYSE: WWW), with a revised target price of $31, up from $30. Indeed, among the company’s sales channels, e-commerce has done the most to drive growth.

We believe that spending on footwear will continue to grow as the economy improves and consumer confidence increases, and we expect this to benefit Wolverine over time. We also have a positive view of the acquisition of PLG, which has expanded the company’s retail footprint, particularly in the athletic and children’s markets. Our long-term rating remains BUY. We caution that WWW shares are likely to be volatile and thus suitable only for risk-tolerant investors.

The increase was driven in part by mid-teens revenue growth in the Merrell and Sperry brands in the fourth quarter.

In the first weeks of the pandemic, the company reduced inventory orders and closed stores to conserve cash. It also reduced capital spending by more than half and suspended stock buybacks. However, the company’s supply chain and distribution centers remained ‘fully operational,’ and were able to fill wholesale and e-commerce orders. Indeed, e-commerce orders rose 56% in the third quarter.

Brendan Hoffman became president of Wolverine on September 8, 2022. He will report to CEO Blake Krueger. Mr. Hoffman is expected to succeed Mr. Krueger over time.

Wolverine’s sales are subject to changing order rates from retailers. Management believes that retailers are behaving more conservatively than the average U.S. retail customer and are holding back on futures orders to keep inventory low and reduce risk. The company is also seeing slower order activity from European retailers. Raw material cost inflation and higher labor costs from Asian factories may also weigh on margins.

Wolverine World Wide Inc., based in Rockford, Michigan, designs, manufactures and markets footwear and slippers in the branded casual, active lifestyle, work, outdoor sport and uniform categories. The company does business in about 180 countries.

We believe the current valuation inadequately reflects the company’s efforts to prune underperforming brands, develop new products, and invest in its e-commerce platform. As such, our rating remains BUY with a revised target price of $31. We caution that WWW shares are likely to be volatile and thus suitable only for risk-tolerant investors.